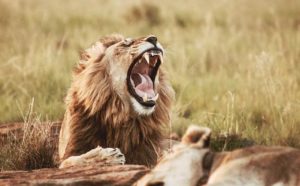 Opinion: Inside the Mind of a Lion Murderer

This is an opinion article courtesy of Alexander Anghelou who is a psychologist specialising in cognitive behaviour therapy, who is passionate about nature and wildlife.

Why would anyone be interested in killing lions? Even if it was for free, which it is not. As a psychologist, this is what I try to understand.

In 2014, after visiting South Africa, I wrote an article entitled “Lion Canned Hunting, the person behind the ‘Hunter”. This was before the infamous “Cecil the Lion” incident which sparked the world, and exposed the brutal and pitiful practice of canned hunting. At the time, the psychopathic industry of canned hunting was unknown to most people.

On the first of July 2015, Cecil the emblematic lion in Zimbabwe, is killed by an American dentist and exposed this barbaric kind of hunting to the world. Hearing of this industry for the first time, people were shocked and disgusted that this existed, and was even legal. I decided to look back at my article and see how things have evolved, but also analyze the persona who indulges in such practices.

It’s over-compensation to avoid the reality that they are not 100% in control.

For those who have not heard of lion canned hunting, it consists of putting an adult lion (which has been hand reared and habituated to humans), in an enclosure, where a trophy hunter kills the lion with a rifle, gun, or crossbow from the safety of a jeep. There is no possibility of escape, and no ‘skill’ required. The lion, that has been habituated to humans, is calm until it gets shot, usually more than once, before dying an agonizing death. After killing the lion, ‘the brave hunter’ poses for a picture with the dead animal, before getting it shipped home to hang on their wall. A dirty business built on animal suffering and money.

Four years after first hearing about canned hunting, I still believe that we live in a fast pace world that makes us feel less in control, and therefore less secure. To feel secure, many seek to over compensate by seeking an unrealistic degree of control, this strategy backfires as it leads in the opposite direction where one eventually ends up feeling helpless, and therefore more anxious and more insecure.

In the case of canned hunters, I believe that it is over-compensation, to avoid the reality that they are not 100% in control.  I believe that the power and thrill the hunter feels by killing lions, which are symbols of power, is due to the fact that they feel reassured by fooling themselves that they have more power than they actually have, and therefore temporarily feel more secure.

The problem with reassurance is that it is addictive, the more we have it, the more we need it.  Since we habituate to it, our need for it escalates, we need more of it to get the same effect.

Behaviour isn’t random; it always serves a purpose and has a function.  We do many things to feel more secure. The more control we feel, we experience greater security, but it’s a self defeating trap because as soon as the illusion of control is exposed, we end up feeling more anxious and insecure than before. A growing number of people have expectations of 100% control, whilst each trophy hunter has individual twists and subtleties, I am confident that this is an important component and a common denominator. I would expect to see an expectation of control, in a mild or significant way, in each one of them.

To be secure is to accept that our control is limited.  Only then do we maximise our feeling of control.  When we feel secure we do not feel the need to dominate and kill.  I do not include hunters, that hunt to eat or people who are in a situation where they need to defend themselves.  I am referring to the hunters who fly to the other end of the world to kill for the ‘entertainment and thrill.’ Boasting about killing an animal isn’t a sign of strength; it’s a sign of insecurity.

The way to address this insecurity isn’t by escaping or over-compensating, but instead coming to terms with reality. We do not have 100% control over our lives, we never did and never will, but that does not mean we should live in fear.

To give you an idea of the magnitude of the animal massacre that is happening in Africa today, here are a few figures from Conservation Action Trust in South Africa.

“Research reveals that in 14 years (between 2001 and 2015) South Africa and Tanzania alone represent the biggest exporters of animals in Africa.  During this period, they shipped 10,273 dead animals and 6,208 living animals of various species.
An astonishing 81,572 hunting trophies from African Bush Elephants were exported from Africa in this time – including skin pieces, tusks, feet and ivory carvings.
In the same 14-year time frame 17,000 African lions were killed for sport resulting in their pelts, heads and bones exported for hunting trophies.”

In 2016, the US Fish and Wildlife Service (FWS) under the Obama administration stopped the import of lion trophies from South Africa. This was due to the listing of Panthera Leo as threatened on the Endangered Species Act, the African lion population had decline by 43 percent between 1993 and 2014. The Trump administration is set to undo the Obama legislation by legalizing the importation of lion and elephant trophies into the United States, but this decision was put on hold, leaving the situation unclear.

One should note that fifty years ago, there were around 500,000 lions in Africa,  today there are less than 20,000, and should this continue, within the next 15 years there might not be any wild and free lions in Africa.  Recent data from the DEA (South African Department of Environmental Affairs) estimate around 7000 captive lions being bred for ‘the bullet’ in approximately 260 facilities (100 more than in 2014).

Read Next on TOJ: Demand in Asia’s Legal Markets is Destroying Africa’s Wildlife.

In November of 2015, the movie ‘Blood Lions’ by Ian Michler exposing canned lion hunting is projected at the European parliament. This movie played a big role in raising awareness of killing lions.  In the past 4 years, I have seen great efforts made to raise awareness, and to engage companies or legislative bodies to defend lions from this industry. There have been efforts to block the import of trophies into Europe, as well as to encourage airlines to refuse the transport of animal parts or ‘trophies’.

Also in 2015, the Australian Federal Environment Minister, Greg Hunt, announced a ban on the importation of lion trophies as part of a crackdown on canned hunting. This made Australia the first country to make the import of Lion trophies illegal. Shortly after, over 40 airline companies started refusing the transport of big-game trophies.

Possibly the greatest news is that on the 3rd of February 2018 in Las Vegas, a surprising milestone was reached. The world’s largest hunting club, Safari Club International (SCI) announced at its annual convention, that it condemned and would no longer advertise or accept hunts of captive bred lions. This greatly affecting the canned hunting industry in South Africa.

The world is reacting to this immoral industry, but no changes have been seen within the South African government, who continues to support the canned hunting of lions.

I would like to thank and show my gratitude to the many dedicated people who have been working hard for lions. I encourage anyone who is touched by this piece to contribute in their own way. About the Author: Alexander Anghelou is a psychologist specialised in cognitive behaviour therapy and is passionate about nature and wildlife.  www.cbt-brussels.eu 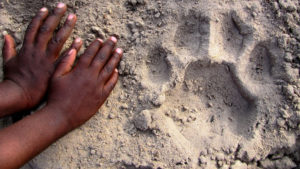 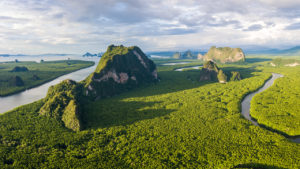