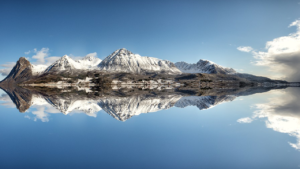 Why we need to separate friluftsliv from adventure

The Scandinavian philosophy of friluftsliv focuses on enlightenment through spiritual oneness with nature.

The contemporary context, however, misleads us into believing that performing adventure sports in nature is a means to achieve friluftsliv. To be honest, it really isn’t.

That summer, I thought I was on a hiking adventure like any other. In the clean air of wilderness, we hiked through rocks and green pastures while passing by streams of water under clear blue skies. Since the point of most hikes is to reach the top to see a panoramic view, I was curious about how this top would look like. I was with my host family and we didn’t speak the same language. With gestures and a few words, they had mentioned going to the mountains on the previous day. I said yes, obviously.

To my surprise, the narrow passage up the rocks covered in shrubbery opened up to a frozen stream. It was larger than my entire world, with no visible horizon. To a 15-year-old, it was a manifestation of “stairway to heaven.” This was the epic Briksdal Glacier in Norway.

At the time, I didn’t make much of my host family’s indulgence in nature and weekly trips to the mountains, lakes, glaciers, and forests of different kinds. I was a young student pursuing high school in UWC Red Cross Nordic and visited them occasionally.

Even in school, I didn’t understand the high emphasis on outdoor and adventure, the weekly skiing or hiking trips, or the importance of an entire week organised just for skiing in nature.

Then I learned about friluftsliv in Norway, which literally translates into “open air life.” That’s when I discovered a contradiction in its historical context and contemporary practice.

Friluftsliv appeared while I was digging further into the history of the Norwegian law allemannsrett. The law promotes friluftsliv and translates into “all man’s right.” Through the Outdoor Recreation Act, Norway institutionalized this law to give freedom and access to anyone who wishes to traverse the countryside and camp or picnic wherever, without having to worry about trespassing violations. The law encourages freedom with responsibility and gives free access to nature, while expecting a certain level of mindfulness and respect for the earth and the private landowners. The law has been a traditional right since the Viking period and was institutionally implemented under the Act in 1957.

As a concept, friluftsliv finds a significant place in Scandinavian history and culture, particularly in Norway and Sweden. This rich philosophy is deeply embedded in the pursuit of spiritual oneness between humans and nature.  It was popularized by writer Henrik Ibsen in his poem back in 1859, where he wrote, “this is friluftsliv for my thoughts,” while looking into the stove and sitting alone in a cottage amidst nature [1]. Later, ecological philosopher Arne Naess extensively wrote about friluftsliv in his books that focused on the positive spiritual impact of the natural environment on human beings and their evolution.

Both Ibsen and Naess highlighted friluftsliv as a state of mind which doesn’t necessarily require any physical activity. One can feel this “open air life” while doing nothing, and simply sitting and staring at the stove. All that is needed to experience this blissful state is to be in the context of nature.

That said, I’m not sure if the two thinkers would feel drawn to the interpretation and use of friluftsliv in the contemporary context. What I experienced in nature with my host family and at my school wasn’t friluftsliv. They didn’t promise that either. Many Norwegians and Swedes, however, are invited by commercial companies to experience this state of mind in nature with outdoor activities like hiking, skiing, snowboarding, mountain biking, and so on. But this sense of adventure doesn’t necessarily carry the true philosophical meaning and value of friluftsliv .

Changing contextual meaning may not be a problem for some who see a certain business sense in it. The idea of friluftsliv is attractive because it offers the possibility of enlightenment and higher consciousness. Surely, the ones who are invited to experience it in nature at a ski resort would be naturally drawn to it. That speaks positively of the customers who want to become better human beings. But it definitely doesn’t portray the resorts and tourism boards in a positive light. Such methods depict them as people who promote the wrong direction for the right goal.  A family at a ski resort may get really confused about why they haven’t felt friluftsliv yet. It would be a shame for them to sit around and wait for this philosophical state of mind to happen in a context that is far from it.

Personally, I am interested in the pursuit of both friluftsliv and adventure. But I think it’s important to keep the two separate and not use them interchangeably when it is convenient to do so. While reading more about this idea, I gathered that Scandinavian thinkers seem upset about the commercial sector using friluftsliv in the context of adventure. In the name of outdoor activities, they end up giving it a superficial meaning.

Ecology is one area where Scandinavia has much to offer to the world. In few countries like Norway and Sweden where laws are mindful of nature, using language and terms in the right context is an important social responsibility. Separating friluftsliv and adventure sports would only help clarify the means of achieving the two ends. Both are necessary and impactful on the body, mind, and soul in their own ways. With that clarity, people can be guided in the right direction to achieve the right goals.