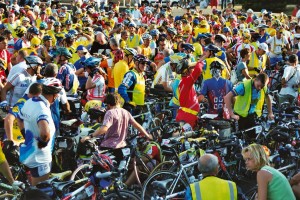 An Indian fleet heads for the 18th Paris-Brest-Paris

Setting a record, 56 Indians will pedal in the upcoming Paris-Brest-Paris (PBP), a 1200 kms cycling event to be completed in 90 hours.

The once-in-four-years event will have 6,000 participants from 65 countries.

Randonneuring* has come a long way in the past half-decade in India. And for some, it’s more of a passion and a way to stay fit rather than a mode of transportation. Few serious riders often participate competitively in the various cycling races that the global cycling calendar offers but for the first time in the history of Paris-Brest-Paris, 56 Indians riders will pedal at PBP.

Last time PBP was conducted in a race format was in 1951. Now, anyone who finishes the 1,200kms distance within 90 hours receives equal commendation. Any cyclist who completes 200kms in 13.5hrs is regarded as a randonneur. To qualify for PBP, one has to complete a Super Randonneur in a calendar year. It is a series of brevets** of 200kms, 300kms, 400kms and 600kms cycling to be completed in 13.5hrs, 20hrs, 27hrs and 40hrs respectively. It is not a race against anybody but with time. In India, these brevets are organized by Audax India Randonneurs, based in Pune, under the guidelines provided by Audax Club Parisien (ACP), based in France, the body which conducts PBP. Any cyclist can participate in a brevet by contacting their local or nearby cycling group/clubs like in Delhi Randonneurs, Pune Randonneurs, Bangalore Randonneurs, Madras Randonneurs, Nashik Cyclists, etc.

There are a total of 20 cycling clubs in India recognized by Audax India Randonneurs. If a cyclist is able to complete the ride within specified time-period and according to the rules, overseen by race marshals, the club they are associated to sends the ride info to ACP in Paris which in turn sends a randonneur medal to the cyclist. 2015 International brevets calendar can be downloaded here and Indian calendar here.

A three-time Super Randonneur and one of the participants in this year’s PBP, 43-yr old Deepender Sehajpal from Noida told The Outdoor Journal, “Randonneuring has become big in the country right now. I took up this sport full-time in June 2014 and have done many long-distance cycling races since then including Tour of Nilgiris, Manali to Leh cycling organized by Times Passion Trails and others.” He is one of the founders of Delhi Randonneurs, an avid rider and is also a race marshal.

About Paris-Brest-Paris: It is one of the oldest amateur cycling races in the world, first organized in 1891. The governing body is Audax Club Parisien (ACP), based in Paris, France. It is a 1200 kms ride from Paris to Brest and return to Paris, all to be completed in 90 hours.

Randonneuring* – It is a long-distance (200 kms or more), non-competitive and unsupported cycling race passing through pre-determined checkpoints. It doesn’t have any actual winner and anyone who finishes the ride within specified time frame receives equal acknowledgement. A randonneuring event is called a randonée or a brevet**, and a cyclist who has completed a 200km event is called a randonneur. 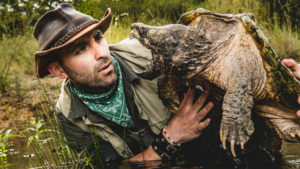 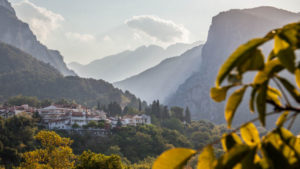 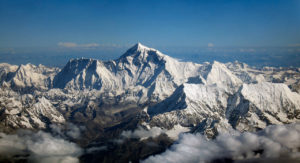