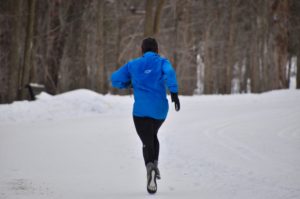 From Hot to Cold: An Actif Epica First

Gaurav Madan is preparing to run the Actif Epica 2017—130km of self-supported running in the freezing Canadian prairies of Manitoba.

A tall order for someone raised in the warm tropics of India.


“I’m chasing a lifelong dream,” says Gaurav Madan, when asked what made him apply for the Actif Epica. “I never imagined I would land up in Canada one day. And suddenly I could see a pathway to live my dream. Not when I’m 50 or 60, but in the fairly near future, almost now.”

Born and brought up in the landlocked, subtropical, semi-arid climate of New Delhi, India, Gaurav was deeply inspired by a BBC documentary on ‘Iditarod – The Last Great Race’ as a child. “A dog sled race of mushers in dead of winter in Alaska! I knew I lived in Delhi and there will never be any snow, and that I could never be a musher, but right then, as a 12-year-old, I knew I really wanted to walk that epic trail.”

The 28-year-old became serious about running in 2006, when he completed his first half marathon in Delhi. Since then, he has participated in a number of city marathons, and has done trail running in the Himalaya. He practices minimalist running and runs barefoot wherever he can. He is currently pursuing a PhD in Atmospheric Sciences in Montreal, Canada and has finished the Beast of Burden, a 100 miles winter ultramarathon in Buffalo, New York while there.

He is now busy preparing for the Actif Epica, a 130km self-supported race in unforgiving winter conditions of the Canadian prairies. The 25 hour race, on February 18th, will follow the legendary Crow Wing Trail (Trans Canadian Trail) with temperatures dipping below -35C with winds strong as 50kmph every year. The trail is not marked, and the runner is responsible for navigation is cold blizzards using cue sheets and compass or GPS.

Chasing a lifelong dream, Gaurav, according to the race’s previous records, will be the first Indian to attempt this run.

In an email to The Outdoor Journal, Gaurav gave a detailed response about his training regime and preparation for managing on race day.

On Training for the Actif Epica

“I’ve been running consistently ever since I landed in Montreal. Air is much cleaner here than in Delhi, so that helps. And there are so many trails within an hour’s drive to train on. I run mostly on the hills in the heart of the city, in middle of the cold night—when every one else sleeps. Schedules are tough, I spend 10am to 8pm in my research lab and run after dinner. I run 3-4 days a week. Weekday runs are short and last for 10-20km. Sunday runs are longer, and vary between 30-50km that may sometimes begin at night. For two days, I work on strengthening and stretching. I do not sleep on Saturday nights as part of training. Monday is an off day. I do a lot of barefoot running whenever possible. It’s been cold the past four months and this is my first winter, so the focus has been to adjust to new conditions and find the right combination of layers I’ll wear and pace at which I run (so that I do not sweat too much). In cold races, sweat may kill you. Running on snow and ice is really tough, you are at a consistent risk of falling, pulling a muscle, twisting an ankle or damaging your hip or back. So, I’m learning slowly, experimenting a lot on different surfaces to prepare myself for Actif Epica—as I’ll face everything on the route. During the race, we’ll run on beaten gravel roads, snow covered trails, frozen lakes, knee deep powdered snow, ice covered highway roads and packed snow. The challenge is immense and you have to get over each hurdle to reach the finish line under 25 hours.”

On Managing the Race Day

“The race is critical in terms of its requirements and there is mandatory gear that a runner must carry to be allowed to start, including a spare windproof jacket for survival, windproof pants, headlamps, a pair of flashing lights for front and back (so no snowmobile runs over you), 2L insulated hydration pack, reflective taping in front and back so you are visible, a whistle, a magnetic compass and GPS (that must work in -30C conditions). You have to be very watchful of how you save your water from freezing in such low temperatures—it takes barely 10 minutes for everything to freeze. To meet that, I will be wearing my hydration pack under my jacket to keep it warm by body heat. A runner must start the race with at least 6000 calories and finish with 2000 calories still in your bag. I am still figuring out what to carry, as you must meet the amount of calories in minimum possible weight. Fruits, chocolates, all freeze in these conditions. So, I might carry some dry fruits, nuts, energy bars (and keep them in inner pockets), gels, salt tablets, and grated coconut with crushed waffers. You are allowed to purchase food on the route, but there are not many options as trail runs through open fields in prairies. The race is completely unsupported, so racers are responsible for food, water, navigation, etc. No external support of any kind is allowed. There are five checkpoints, where racers must report with respective cut-offs, where you may refill your water and eat something out from your bag.
I’m planning to stick around with fellow runners (we are just five on foot) for as long as possible, so we keep up the pace and navigate as a team. We will have cue sheets provided by organizers for directions to follow. If winds are strong on race day, there will be complete whiteout and navigation will be a huge challenge. My navigation skills learned in Himalayas will be tested now, and I believe I should be able to crack it. I am studying the route map deeply, but reality is going to be much different than what it looks like on a map.”

The Actif Epica is also a qualifying race for Iditarod Trail Invitational, the world’s longest and toughest winter ultramarathon. Read more about the Actif Epica here.