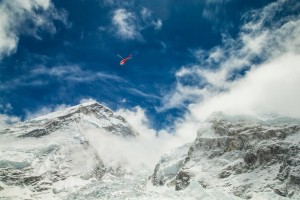 Nepal Tourism says Everest could be banned for inexperienced and physically disabled climbers; proposes an age limit of 18-75 yrs.

Five months after disaster struck Nepal, the tourism officials are mulling over restriction criteria for those attempting Everest. They have cited “safety” and “glory of the mountain” as prime reasons, evoking a sharp response from young and veteran climbers around the globe.

According to Gobinda Bahadur Karkee, Director General of Department Tourism (MoCTCA), “We are in the process of making a set of criteria for Everest. We are trying to put an age limit, a minimum of 16 years, and maximum of 75 years. Very young and very old people should not attempt climbing the mountain. We also do not want disabled people, those that are completely blind or those without legs or arms to climb the mountain.”

“Most important, we cannot have inexperienced climbers attempting Everest. They must have climbed a peak of at least 6500m before they attempt Everest,” he told The Outdoor Journal over telephone.

“We have to value the tallest mountain in the world. Till now, anyone with money and permit from their country could attempt Everest. You have to be able to climb the mountain on your own, and not by holding hands of your guide.”

Asked if a mountaineer was involved in setting the criteria, he said, “No not yet. But we might consult them in future.”

The proposal was announced around the time when Japanese climber Nobokazu Kuriki decided to abandon his attempt to summit Everest, after reaching the final camp last Saturday (26th September). According to his Facebook updates, “….it took too much time to move in deep deep snow. I realized if I kept going, I wouldn’t be able to come back alive, so I decided to descend.”

The climber was making a summit push alone without oxygen.

While there is a general agreement on the need for regulation (approx 600 climbers attempt Everest every year) and not allowing novices to attempt the peak, the global mountaineering community has given a mixed response to the government’s proposal.

Elizabeth Hawley, an Everest chronicler based in Nepal told AFP, “I don’t think the government is in any position to judge someone’s capacities or draw that line for mountaineers.”

She further cited examples of physically disabled climbers who have summited Everest, including blind American Erik Weihenmayer who scaled the peak in May 2001 and seven years later, became the only visually-impaired person to summit the highest mountains on all seven continents.

For New Zealander Mark Inglis, who became the first double amputee to summit Everest in 2006 (he lost both his legs to frostbite), the officials should look at competency as criteria.

“The whole concept of restricting disabled – even the use of that word – is just wrong, because it really doesn’t matter how many limbs you’ve got, but how able you are.” he was quoted by NZHerald.

For Indian climber Arjun Vajpai, who in 2010 became the youngest in the world to summit Everest, it is a good move by the government to bring down the numbers on Everest. “It is a tricky situation for the government, they need to choose their criteria carefully,” he told The Outdoor Journal.

“I completely agree with Mr. Inglis that physical disability should not be a criteria to decide who gets to climb Everest, but the criteria about experience is important,” he said.

“As far as age is concerned, I think whoever attempts the big mountain needs to have done their mountaineering courses,” he added.

Meanwhile, Nepal Mountaineering Assocation (NMA) president Ang Tsering Sherpa seemed skeptical about the government’s proposal. In a report in The Guardian, ‘he said the new rules had been frequently discussed in the past’ adding “I doubt this will be implemented. Earlier such plans were aborted because of pressure from human rights organisations and foreign embassies.”

Everest has been a subject of criticism and controversy for several years now. A peak that was once attempted only by established mountaineers gradually became a commercial venture, where anyone with basic ice axe and crampons and assistance from Sherpas could climb the big mountain. Nepal’s government has proposed measures in the past to make climbing safer, which included changing the route and raising insurance for Sherpas by 50%.

Feature Image: From Everest Base Camp April 2015 after the earthquake (http://6summitschallenge.com/)