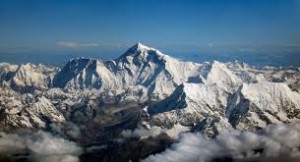 Dr Cyril Taolo, acting director for Botswana’s department of wildlife and national parks “We have had a report of 356 dead elephants in the area north of the Okavango Delta, and we have confirmed 275 so far… we do not suspect poaching since (the) animals were found with tusks… we have sent [samples] off for testing and we are expecting the results over the next couple of weeks or so.”

In March 2020 a cluster of elephant deaths was reported in the Okavango Delta, when authorities found 12 carcasses in the space of one week, in two villages in the northwest of the country. The latest discoveries were publicised by a wildlife conservation charity, Elephants Without Borders (EWB), whose report referred to the 356 dead elephants. EWB believes the elephants have been dying in the area for the last three months. According to the report, dated June 19, 2020, “70 percent of elephant carcasses were considered recent, having died about a month ago, and 30 percent of the carcasses appeared fresh, ranging from one day to two weeks old.” Elephants Without Borders founder and director, Mike Chase, said in his report, “several live elephants that we observed, appeared to be weak, lethargic and emaciated. Some elephants appeared disorientated, had difficulty walking, showed signs of partial paralysis or a limp… one elephant was observed walking in circles, unable to change direction although being encouraged by other herd members.”

“this is totally unprecedented“

Conservationists alerted the government in May that they had spotted 169 elephant carcasses during a three-hour flight, “to be able to see and count that many in a three-hour flight was extraordinary” says Dr. Niall McCann, director of conservation at UK charity National Park Rescue. “A month later, further investigations identified many more carcasses, bringing the total to over 350… this is totally unprecedented in terms of numbers of elephants dying in a single event unrelated to drought,” he added. By mid-June numbers had more than doubled with a total of approximately 400 elephants.

Tusks have not been removed from the dead elephants and carcasses show no sign of having been tampered with to extract ivory… ruling out poaching. Investigations have also ruled out poisoning by humans (most often done by poachers using cyanide), as no other animal carcasses have been found in the proximity of the stricken elephants (though a dead horse was found at one waterhole). Vultures feasting on the elephant carcasses appear unaffected and it would be usual in cases of poisoning for scavengers, like hyena or lion, to succumb to the same poisoning when feeding on stricken carcasses. Anthrax poisoning, which killed at least 100 elephants in Botswana last year, has also been discounted.

Most carcasses are in the NG11 area, near the village of Seronga on the northern fringes of the Okavango Delta, with 70% of the carcasses being found near waterholes, many dead in an upright position, suggesting sudden death. Others elephants appeared to have died “falling flat on their faces,” according to McCann. “It’s appalling, we need to know what the hell is going on,” he added, saying he could not recall another instance where so many elephants had died from a mystery cause.

Several live elephants, near water sources, have been observed to be lethargic, weak, emaciated, and disorientated; suggesting there will be further deaths. Witnesses say some appeared to have little control over their legs, whilst some elephants were seen walking around in circles, unusual behaviour which could suggest something attacking their neurological systems. “The position of the bodies and the fact that some living elephants were seen to be losing their motor functions seems to indicate that this toxin, whatever it is, is affecting their nervous system,” a spokesperson for National Park Rescue (NPR) said.

Some wildlife professionals have speculated that the deaths could be related to last year’s drought, followed by the intense flooding of recent months, which could drastically affect the elephant’s dietary intake and nutrition. Interestingly though there have been no reports of similar deaths in Namibia, a short distance north away.

Botswana does not have the capacity to run toxicology tests, so authorities say samples have been sent for analysis to a laboratory in Victoria Falls, Zimbabwe and other samples to South Africa and Canada.

“there is still no answer as to why”

There have been some complaints from conservationists and ecologists about the lack of test results to date. “Elephants began dying in huge numbers in early May and the government would normally respond within days to an event of this scale,” says Mark Hiley, co-founder of National Park Rescue (NPR), “yet here we are, months later, with no testing completed and with no more information than we had at the start.” LionAid director Pieter Kat concurs and expressed concerns over how long the results are taking, in a blog post critical of the Botswana government’s handling of the situation… “Months after the initial carcasses were discovered, there is still no answer as to why that many elephants are dead.”

However one of Botswana’s top wildlife vets has dismissed these accusations. “A government investigating team has been on the ground since the first cases were reported,” says Mmadi Reuben, principal veterinary officer in the Department of Wildlife and National Parks, “Botswana responded swiftly.” Chris Thouless, head of research at Save the Elephants, agrees and said mass elephant deaths on this scale were almost unprecedented, save during droughts. He said it was wrong to assume the government had been dragging their feet. “This is pretty remote country, hearing about the carcasses, getting in there, taking a whole range of samples, knowing how and where to get them from, … that is a pretty difficult task.” Testing has also been delayed by logistical difficulties exacerbated by the ongoing coronavirus pandemic. Results are expected within two weeks.

It is anticipated that more elephants will die over the coming weeks. “We are still experiencing elephants dying in the Okavango Panhandle,” wildlife officer Dikamatso Ntshebe said, “we also see elephants that show that they are sick and are on the verge of dying.”

The African elephant is classified as vulnerable on the International Union for Conservation of Nature’s (IUCN) Red List. The first pan African elephant census, conducted in 2016, revealed that between 2007 and 2014 elephant numbers had plummeted by at around 30%, or 144,000 individuals.

Botswana’s elephant population is approximately 130,000, representing a third of Africa’s elephant population. Elephant numbers in Botswana have grown from 80,000 in the late 1990s, making the country now home to more elephants than any other single country on the continent. Elephants account for 30% of the total herbivore biomass of Botswana. The Okavango Delta, where the carcasses were found, is home to approximately 10% of the country’s elephants, an estimated 15,000 elephants. Last year, Botswana scrapped an elephant hunting ban it had in place in 2014, sparking an international outcry.

Cover picture: An elephant carcass lies in the baking Botswana sun by EPA