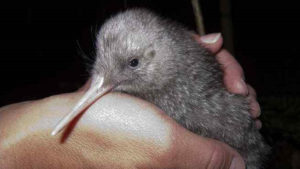 Bringing Kiwi Back to Wellington

As New Zealand announces a new plan to reverse the decline of the iconic kiwi bird, Wellingtonians are already lining up to save their emblematic bird.

This article was made available to The Outdoor Journal via a press release by Tourism New Zealand.

As New Zealand announces a new plan to reverse the decline of the iconic Kiwi bird, Wellingtonians are already lining up to save their emblematic bird. Wellingtonians are known for their love of flat whites and their passion for the arts. But there’s a new pastime that’s rapidly growing in New Zealand’s capital and all around the country.

Assembling and setting traps for rats, stoats and other predators in their own backyards. It’s a somewhat unlikely hobby, but in Wellington alone, there are now more than 70 community groups involved in pest management.  They’re all aiming at making their home town the first predator-free capital city in the world and a paradise for native birds such as the tīeke (Saddleback), hihi (stitchbird), kākā, kākāriki and toutouwai (North Island robin).

Ever since conservation project Zealandia created a fully fenced 225-hectare ecosanctuary within the city limits in 1999, native birdlife has returned to many suburbs and Wellingtonians have embraced their avian friends. The groups are part of a groundswell of community conservation initiatives sweeping New Zealand and delivering fantastic results.

“Where once it would have been a remarkable sight to see a single kākā (a boisterous native parrot) in the wilderness of our mountain ranges, we now have literally hundreds of them across Wellington city, screeching across city skies,” says self-confessed “bird nerd” Paul Ward. Buoyed by the birdsong orchestra he thought, “Why stop there? Let’s bring back New Zealand’s most iconic bird, the Kiwi.” “The only time I’d seen a Kiwi growing up was in a zoo, and that’s not right for our national taonga (treasure),” he insists.

The flightless birds with hair-like feathers and the chopstick bill have been absent from Wellington for over a century due to the loss of their habitat and the spread of predators. Ward’s ambitious project Capital Kiwi hopes to lure Kiwi back to the Wellington region within the next decade. Approximately 4,400 traps will be set on 23,000 hectares of public and private land stretching from the outskirts of town to the coast.

“Kiwi may disappear from the mainland in our lifetime”

As long as stoats, ferrets and weasels are around, Kiwi chicks have hardly any chance of surviving their first year.  An average of 27 Kiwis are killed by predators each day according to charity ‘Kiwis for Kiwi’ which supports community-led initiatives around the country. They warn that at this rate “Kiwi may disappear from the mainland in our lifetime.”

But projects in Rakiura / Stewart Island in the south of New Zealand, Whangarei Heads in the north and Whakatane in the Bay of Plenty have shown that with the involvement of the community as kaitiaki (guardians) it is possible to grow a wild Kiwi population.

Michelle Impey, from Kiwis for Kiwi explains that one of the challenges of Kiwi conservation is “getting people to understand and care about something they can’t see and don’t experience.”

Kiwis are nocturnal, and with only a few exceptions live far removed from cities, towns and villages. “Bringing Kiwi closer to where Kiwis live makes them top of mind, completely relevant, and creates a sense of ownership with those who are privileged enough to have them living on or near their land,” Impey adds. She hopes that the new project will create “a city of Kiwi conservationists” who feel a personal attachment to their national bird.

In August 2018 the government’s Predator Free 2050 initiative, which aims to rid New Zealand of the most damaging introduced predators that threaten the nation’s natural wildlife by 2050, announced their support for Capital Kiwi, committing more than NZ$3.2 million over the next five years.  It may sound like a lot of money, but the other way of looking at this is “What is the cost if we don’t?” Ward ponders.

“Can we, as a nation of Kiwis, afford to let our national icon die and become extinct? What would that say about us as guardians of the taonga (treasure) that makes our country so special and unique?”

Ninety-year-old Ted Smith, who lives in the small seaside settlement of Makara just over the hills from Wellington, helped to kick off the project with the setting of the first trap in November. He and his local community started trapping in their backyards a decade ago which resulted in a remarkable increase in birdlife – tūī, kākā, kererū, pūkeko, kingfishers, quails and others. “If we allow Kiwi to die out then we deserve to be called idiots,” he says. Wellingtonians love the vision of having Kiwi rummaging through their gardens and Ward says he’s been overwhelmed with the offers of help and support from the community.

“We want to see Kiwi come back into Wellington”

Capital Kiwi has received hundreds of emails from people keen to help. Schoolchildren are now monitoring tracking tunnels, mountain bikers and trail runners check reserve trap lines on lunchtime rides and families come together to build traps. If the eradication proves successful after three years, the Department of Conservation will look at translocating Kiwi to the hillsides. The hope is that in less than a decade, tourists will be able to post their Kiwi encounters on the outskirts of Wellington on social media, and locals will beam with pride at hearing the shrill call of the country’s iconic birds in their backyards.

“I would love to be woken up by the sound of the Kiwi. We want to see Kiwi come back into Wellington,” the capital’s Major Justin Lester says.

The Department of Conservation is backing Capital Kiwi too. “Getting Kiwi back into the hills of Wellington where people can hear them call is a great way to demonstrate what New Zealand could look like if we get rid of the stoats and ferrets,” DOC’s Jack Mace says.

“It would certainly add another feather to Wellington’s cap as one of the best places to see New Zealand’s unique wildlife.”