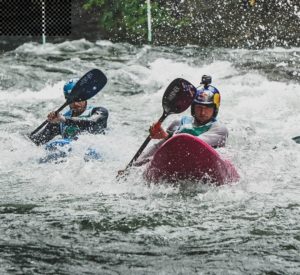 Kayaking’s Elite Return to India at the Malabar River Festival

During the week of July 18th to 22nd, the Malabar River Festival returned to Kerala, India with one of the biggest cash prizes in whitewater kayaking in the world.

A $20,000 purse attracted some of the world’s best kayakers to the region for an epic week battling it out on some of India’s best whitewater.

The kayaking events at Malabar River Festival were held on the Kuttiyadi River, Chalippuzha River, and the Iruvajippuzha River, in South India on the Malabar Coast. The festival was founded and organized by Manik Taneja and Jacopo Nordera of GoodWave Adventures, the first whitewater kayaking school in South India.

One of the goals of the festival is to promote whitewater kayaking in the state of Kerala and encourage locals to get into the sport. One of the event organizers, Vaijayanthi Bhat, feels that the festival plays a large part in promoting the sport within the community.  “The kayak community is building up through the Malabar Festival. Quite a few people are picking up kayaking… It starts with people watching the event and getting curious.  GoodWave Adventures are teaching the locals.”

Vaijayanthi is not lying when she says the kayak community is starting to build up.  In addition to the pro category, this year’s Malabar Festival hosted an intermediate competition specifically designed for local kayakers. The intermediate competition saw a huge turnout of 22 competitors in the men’s category and 9 competitors in the women’s category. Even the professional kayakers who traveled across the world to compete at the festival were impressed with the talent shown by the local kayakers. Mike Dawson of New Zealand, and the winner of the men’s pro competition had nothing but good things to say about the local kayakers. “I have so much respect for the local kayakers. I was stoked to see huge improvements from these guys since I met them in 2015. It was cool to see them ripping up the rivers and also just trying to hang out and ask as many questions about how to improve their paddling. It was awesome to watch them racing and making it through the rounds. Look out for these guys in the future because there are some future stars there.”

Vaijayanthi says the festival has future goals of being named a world championship.  In order to do this, they have to attract world class kayakers to the event.  With names like Dane Jackson, Nouria Newman, Nicole Mansfield, Mike Dawson, and Gerd Serrasolses coming out for the pro competition, it already seems like they are doing a good job of working toward that goal! The pro competition was composed of four different kayaking events- boatercross, freestyle, slalom, and a superfinal race down a technical rapid. “The Finals of the extreme racing held on the Malabar Express was the favourite event for me. It was an epic rapid to race down. 90 seconds of continuous whitewater with a decent flow. It was awesome because you had such a great field of racers so you had to push it and be on your game without making a mistake.” says Dawson.

The impressive amount of prize money wasn’t the only thing that lured these big name kayakers to Kerala for the festival. Many of the kayakers have stayed in South India after the event ended to explore the rivers in the region. With numerous unexplored jungle rivers, the possibilities for exploratory kayaking are seemingly endless. Dawson knows the exploratory nature of the region well.  “I’ve been to the Malabar River Fest in 2015. I loved it then, and that’s why I’ve been so keen to come back. Kerala is an amazing region for kayaking. In the rainy season there is so much water, and because the state has tons of mountains close to the sea it means that there’s a lot of exploring and sections that are around. It’s a unique kind of paddling, with the rivers taking you through some really jungly inaccessible terrain. Looking forward to coming back to Kerala and also exploring the other regions of India in the future.”

For more information on the festival, visit: http://www.malabarfest.com/ 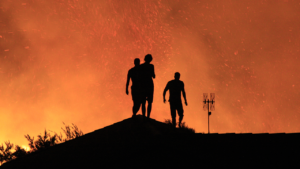