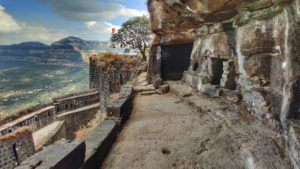 Peter Van Geit sets out on an alpine style "ultra-journey" through Maharashtra, India to climb 200 historical, yet largely unknown forts to everyday travelers.

The Sahyadri area is a hidden gem. Nowhere else in the world will you find so many historical forts in such a small area. Unfortunately, they remain unknown, as most visiting hikers in the area go straight to the Himalaya instead.

After spending the entire summer in the India Himalayas crossing 120 high passes over 3500 km, I was looking out for a suitable location for my next “ultra journey”. (Read Peter’s Four-Part Trans-Himalayan journey here). My eyes fell on the Sahyadri, or the Western Ghats, a mountain range that stretches over 1600 km along the Western coast of South India. In the state of Maharashtra, these mountains are formed by ancient volcanoes giving form to near-vertical rock formations. During the 16th century, India faced frequent invasions by the Mughals who came to plunder the riches of the subcontinent. The Marathas, lead by an ancient warrior king Chhatrapati Shivaji Maharaj, stood up against these invaders by building 300 forts across the Sahyadri. The forts were built on top of steep pinnacles rendering the huge armies of the Mughals ineffective with the Marathas waging a guerilla-style war from these impregnable fortresses.

I spent a few weeks mapping around 200 forts spanning across 600 km between Mumbai, Pune, Nasik, and Satara. Most of the forts are located along the North-South ridgeline where the Deccan plateau (800m) steeply drops down into the Konkan plains (200m). The mountains reach a maximum height of 1600 meters and forts are located in dense tropical forests with rich biodiversity and wildlife. As usual, I executed my journey in minimalist alpine style – self-supported, self-navigated (without local guides) and with minimal gear, carrying a 10L pack with basic shelter. I used offline Open Street Maps and contours to find my way through the steep mountains and dense jungles post the Northwest monsoon. Food rations were taken along the way in remote hamlets dotted across the Sahyadri where friend farmers showered me with heartwarming hospitality. During the initial two weeks, I was running through monsoon rains which got delayed by a month this year.

I mapped the 200 forts in four trans routes and 10 distinct regions across the state of Maharashtra. The trans routes covered 50 forts connected through 500 km of beautiful jungle trails which would be runnable. The remaining 150 forts were spread out over 2500 km which I would traverse region-wise on motorcycle, climbing up each fort in between. At a rate of climbing six to eight forts each day, I would be able to complete my mission with two months returning home for Christmas. I set off during the last week of October and starting running from Lonavala to Nasik along the Deccan ridge through remote jungle trails, climbing up each fort along the way. At many places, I got treated to mesmerizing views, running above the clouds where the Deccan ridge drops down steeply 600 m into the coastal valleys below.

While the connecting trails between forts have fairly limited elevation gain, the final route to climb up each fort would be very steep between 300 to 500 meters. The peaks on which these fortresses were built were carefully chosen based on their strategic location to overlook invading armies across ancient trade routes. To reach the top, one has to climb through near-vertical sections along narrow rock-cut steps, crossing through defensive walls and fortified entry gates. On top, each fort has large storage tanks cut out in the ancient volcanic basalt rock to store water, oil and food reserves for the local villagers to survive for months when under siege for months by invading troops surrounding the forts. Each fort would have multiple access routes to fight a guerilla war against the occupying forces.

Trail running between and climbing up these four-century-old fortresses was a unique combination of endurance and traveling back in time. Each fort has a unique history behind it – somewhere epic battles had been fought which would define the future course of India, others were birthplaces, capitals and final resting places from where Chhatrapati Shivaji Maharaj had been ruling his kingdom. Each of the 200 forts was unique in terms of remaining features found on top of the unique route to climb up. Most of the forts had little left but ruins, weathered down through 400 years of heavy monsoons and frequent destruction by invading armies. The defensive gates and walls were built using huge sized rocks some not less than those of the pyramids of Egypt leaving one speechless how they would have constructed these fortresses on steep pinnacles using manual labor centuries ago.

After running across the first 50 forts, I borrowed a motorcycle from a friend and started traversing the remaining 150 forts region-wise, optimizing travel between the individual forts. Days were pretty long – rising at dawn and climbing six to eight forts every day, spread over sometimes hundreds of kilometers apart, connected by broken roads in the remote countryside. At the end of each day, I would settle down in a small farming hamlet at the base of my next fort, sleeping over in a temple or school. Many times a kind villager would invite me into his home, treating me as part of his family. A hot shower, sumptuous dinner fresh from the farm and good night rest would replenish the burned calories and ready me for the next day. In some homes, my host insisted that I sleep in his bed while he would sleep on the floor next to me. Humanity is still intact in these remote places where people have not lost their souls to money and materialism.

In between the dense jungles in South Maharashtra around the Mahabaleshwar region, finding the ancient route was more challenging. Centuries of monsoons and years of disuse had destroyed parts of these steep trails and covered them by dense vegetation. At times I felt completely lost but then – when pushing away the vegetation – I would discover the 400-year-old rock-cut steps confirming that I was on the right path. In some places, forts on opposite mountains were separated by large lakes in the valleys. To optimize travel time, I packed up my small 10L pack in a dry bag and swam across some of these beautiful natural water bodies. In many places, I came across wildlife including snakes and larger animals which usually fled as I was approaching them. Finding drinkable water was never a challenge given the presence of numerous streams, village wells and water storage tanks on top of the forts. In some remote sections, I slept on top of the forts and inside jungles using a sleeping bag and lightweight bivy tent.

On some forts, the rock-cut steps along the steepest sections have been destroyed with explosives by invading forces to render them less defensive, having faced stiff opposition and heavy casualties while trying to conquer them. The same sections now require technical gear and ropes to reach the top. During the monsoon months from June to September, the entire Sahyadri are covered with a green carpet of lush vegetation which quickly turns to golden brown in the months after the monsoon. The prolonged rains cover the steep rocks with a slippery layer further complicating the climb up while exposed to hundreds of meters of vertical drop into the valley below. Majestic defensive gates along these steeper sections are built in an L-shape preventing any straight, forceful attack on the 20 feet high solid wooden entry gates. Attackers are exposed to arrows, rocks and burning oil from above while approaching the gates.

Further into my journey, I covered some 50 forts along the Konkan coast North and South Mumbai built to defend the Maratha against invading fleets of the British, Portuguese and Dutch colonial forces. Some of these are built on small islands inside the sea protected by 50 feet high defensive walls built to survive attacks by enemy cannon fire. Unavailability or expense of renting fisherman’s boats made me swim kilometers inside the sea to visit some of these forts which are still beautifully preserved after being battered for centuries by sea waves. While traveling between these coastal forts on my motorcycle, I came across some of the most idyllic beaches I had seen – white sands, crystal clear blue ocean waters bounded by thick forests of palm trees and lush green hills reaching up to the coastline. Perfect night were spent watching the bright stars and sleeping next to a campfire on the beach, dreaming to the sound of the soothing waves.

As I progressed in my journey to travel throughout the ancient kingdom of Chhatrapati Shivaji Maharaj, the news quickly spread throughout the state of Maharashtra where people carry the legacy of their great king in their hearts. Even today, he is worshiped by most people for standing up for their freedom and fighting oppression. His bravery and strategic talent to fight off large armies of tens of thousands of Mughal warriors with a few hundreds of men still lives in the imagination of the common man. Now suddenly, they got to hear the news about a foreigner climbing 200 forts in just two months, which is more than most could imagine doing in a lifetime. Soon news interviews, public talks, and ceremonies followed across various cities in the state and within a short timespan, 20,000 new followers were tracking my journey on social media – adding a totally new angle to my experience.

There are so many magical natural wonders all across the state, but the local people flock only to the touristic destinations and forts. The beautiful Sahyadri and its rich legacy should inspire the young generation to fall in love with the outdoors. If the Sahyadri don’t, then what else can save the youth from falling victim to screen addiction and running behind unquenchable thirst of owning materialistic pleasures?

Peter Van Geit is an explorer, ultra runner, and alpinist. After roaming dense jungles in South India for more than a decade, he quit his job in 2017 and since then has been into the full-time solo exploration of remote mountains. He ran 2000 km solo across the Northeastern mountains of Vietnam in 2018. The last two summers he spent 6 months in the Indian Himalayas exploring 150 lesser-known high passes in the footsteps of shepherds and mountain tribes. He is the founder of the Chennai Trekking Club (CTC), a non-profit volunteer-based community active into outdoors, sports, environmental and social initiatives with 40+ thousand members. CTC was active in rescue and rehabilitation during the Chennai floods in 2015 and Gaja cyclone in 2018 saving lives and rebuilding the livelihood of hundreds of affected people.

Special thanks to Saini Krishnamurthy, Kedar Joshi and Vikas Kaduskar who were instrumental in planning my journey. 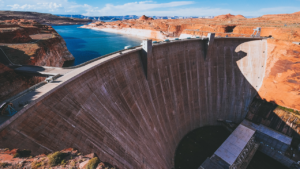 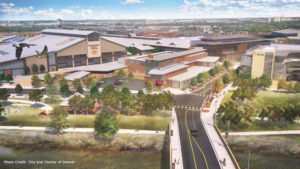