Approximately 356 elephants died mysteriously in Botswana's famed Okavango Delta, probably succumbing to natural toxins, this is according to the country’s wildlife department.

The landlocked southern African country of Botswana has the world’s largest elephant population, estimated to be about 130,000, hundreds of which have been found dead since March. The government has so far established that 281 elephants died, although independent conservationists say more than 350 perished. The deaths were first flagged by wildlife conservation charity, Elephants Without Borders, whose confidential report on the subject was leaked to the press early in July.

The Ministry of Environment, Natural Resources, Conservation, and Tourism have now released a statement (7th August 2020) saying that whilst initial tests to ascertain the cause of the deaths have been inconclusive they did not eliminate poisoning. 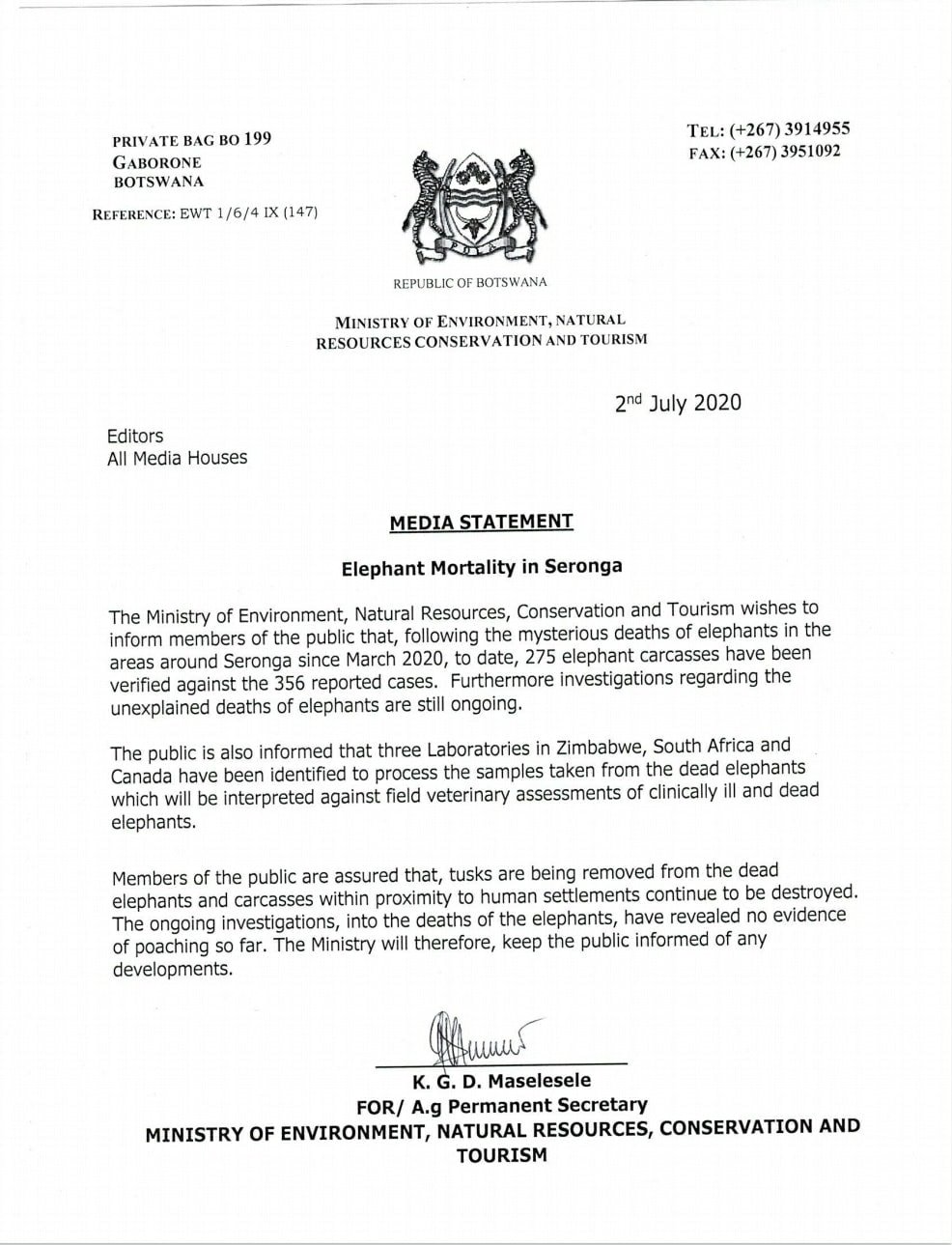 The environmental resources ministry have announced that the tests showed no pesticide presence, which would ordinarily be involved in deliberate, targeted poisoning. The 7th August statement by Botswana Ministry of Environment and update on the laboratory testing included the following information:

1. Toxicological analysis of nine pesticides and chemicals commonly implicated in wildlife poisoning have all tested negative.

2.  Encephalomyocarditis virus, which is an acute viral disease, also has been eliminated as the cause of deaths.

3. Infectious pathogens have been ruled unlikely.

4. Under-nutrition and starvation have been ruled out as a potential cause.

The statement did however say that “results so far do not eliminate poisoning…” and that environmental causes such as naturally occurring toxins are still being investigated.” Toxins in the water such as cyanobacteria/blue-green algae, can be deadly, and as many of the elephants have been found near waterholes this cannot be ruled out as yet. But as elephants generally drink from the middle of water holes and not the edges where cyanobacteria more likely to accumulate this is considered by some to be an unlikely cause of death. The only way to confirm, or rule out cyanobacteria, is to test the waters, which is believed to be underway.

Authorities had already ruled out anthrax poisoning, as well as and poaching, as the tusks were found intact.