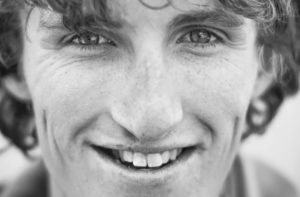 Kennedy and his girlfriend, Inge Perkins were skiing in the Imp Peak vicinity in Montana’s Madison Range, on Saturday, October 7, when Perkins, 23, was killed by an avalanche. Black Diamond’s social media account reports that Kennedy committed suicide the next day: “Unable to bear the loss of his partner in life, the following day, Sunday, October 8, Hayden Kennedy took his own life. Our hearts go out to their families, and anyone they touched along the way.  We know the list is innumerable. #haydenkennedyforever.” To read Black Diamond’s full statement, click on the Instagram post below, as the statement continues into the comments: [embed]https://www.instagram.com/p/BaFA7cknfh7/?hl=en&taken-by=blackdiamond[/embed]   Kennedy excelled at virtually all the climbing disciplines, from sport climbing to big-walling to cutting edge alpinism. His most well-known exploit was in 2012, when he and partner Jason Kruk made the first fair-means ascent of the Southeast Ridge of Cerro Torre, in Patagonia.