This day trip introduces you to the stunning and diverse nature of the East Iceland fjords and mountains. It also gives you an intimate look into Icelandic culture and the history of the area. During this tour, you will see beautiful little-known waterfalls, a tranquil black sand beach and breathtaking shorelines with cliffs, islands, and lighthouses. You will visit an old abandoned farm as well as the ruins of a village. You will also visit a rural community church as well as one museum of choice. In addition, it is not uncommon to see reindeer in this part of the country, especially in wintertime.

The trip begins in Breiddalsvik but no matter where you start you will visit all these places only in a different order. Museum stop is not mentioned since they can vary from trip to trip based on the location of departure and the choice of the museum. From Breiddalsvik we drive along the coastline towards Stodvarfjordur stopping at a high cliff shoreline between the villages. Next, we head on towards Faskrudsfjordur.

Before we get there, we stop at Hafnarnes lighthouse. Close to the lighthouse, there used to be a fishing village, but now there are only the remains of the houses left by the population that lived there. On the way, we go along the coast with the rugged seascape. From there we have a great view of the island Skrudur, the home to a legend of a troll. Heading on, we drive into Reydarfjordur fiord and on towards Egilsstadir. On the way, we stop at a small canyon appreciating the alluring view. Then we complete the circle tour back to Breiddalsvik driving over the mountain road Breiddalsheidi. There we can see a 100 years old road construction by the side of the modern road. In Jorvik we visit abandoned farms which give a glimpse into how regular Icelanders used to live in the late 19th to the early 20th century as well as being in an important geological site and displaying delightful flora during summertime. After that, we visit the Flogufoss waterfall and from there on the Beljandi waterfall. To arrive at those waterfalls, we do some trailing on rough roads, and after we visit Beljandi waterfall, we cross the river below it at a point where there are no bridges. The next stop is at the local church at Heydalir where you get a chance to see an example of a typical rural church in Iceland, as well as a, peek into a part of Icelandic culture. At the end of the journey, we stop at the black sand beach Meleyri which is a very popular outdoors attraction for locals and visitors alike. 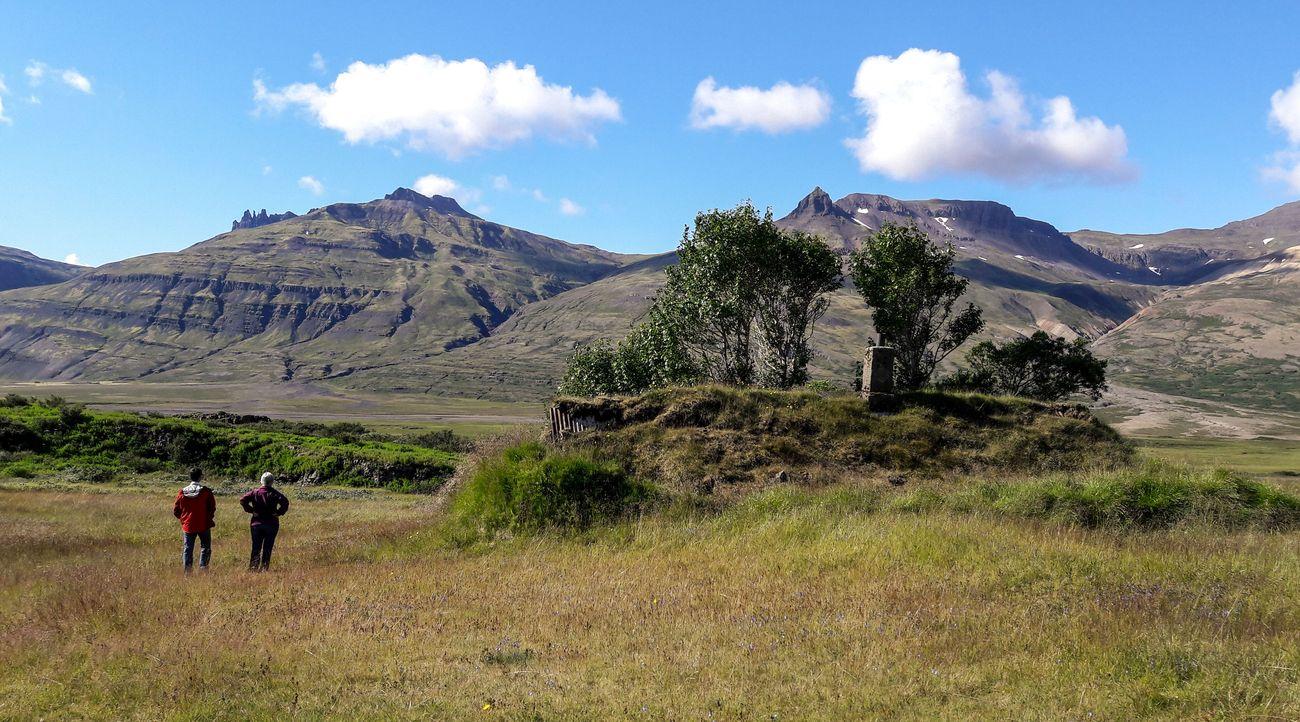 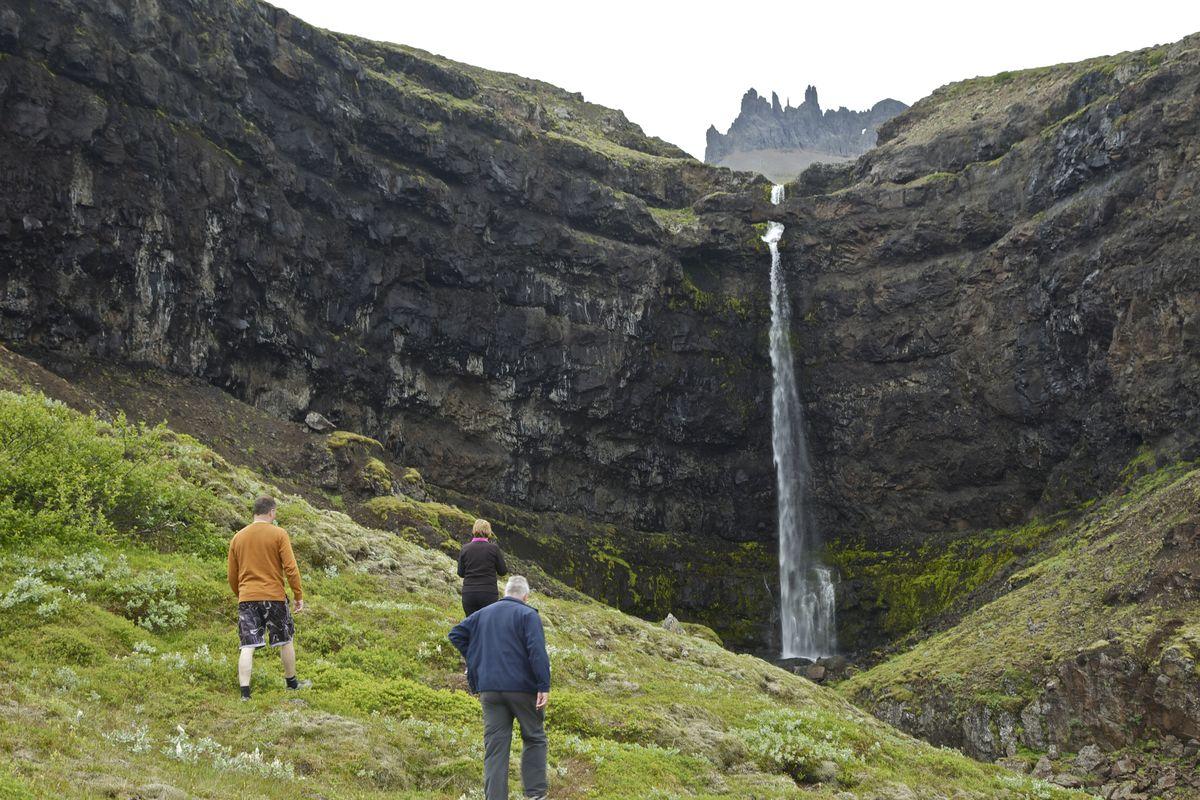 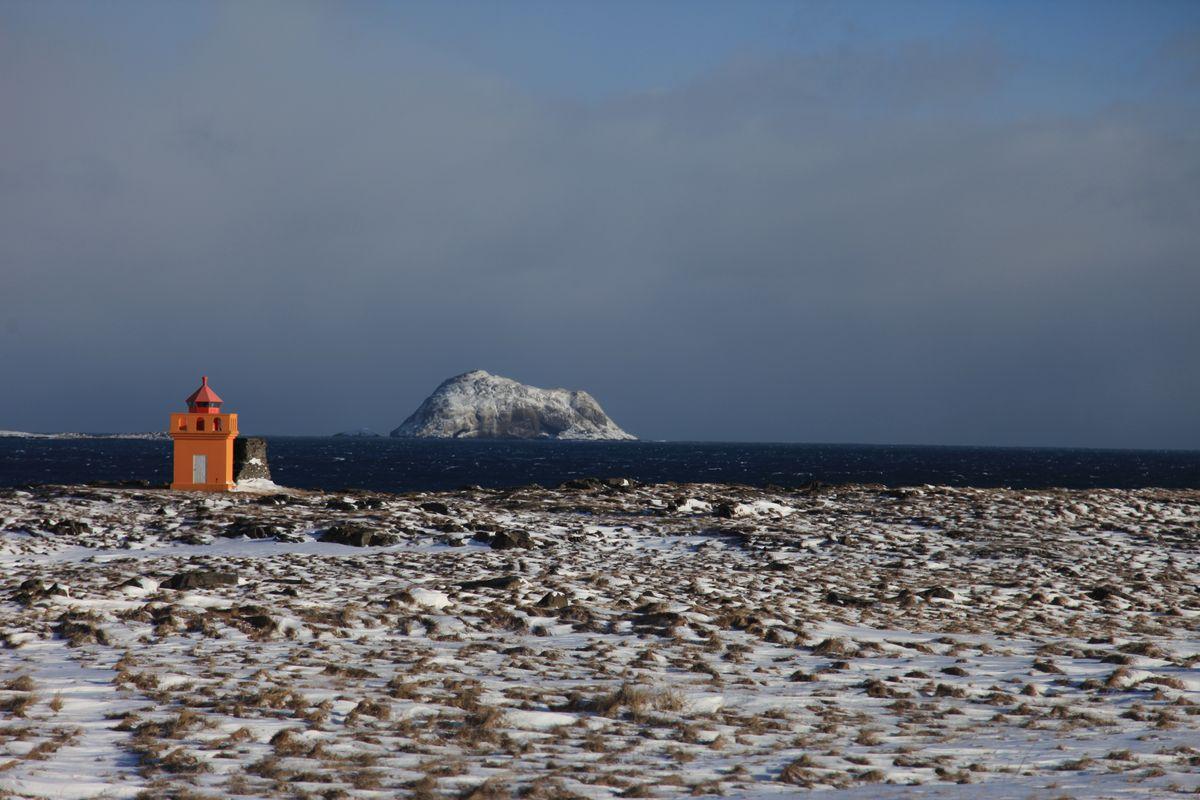 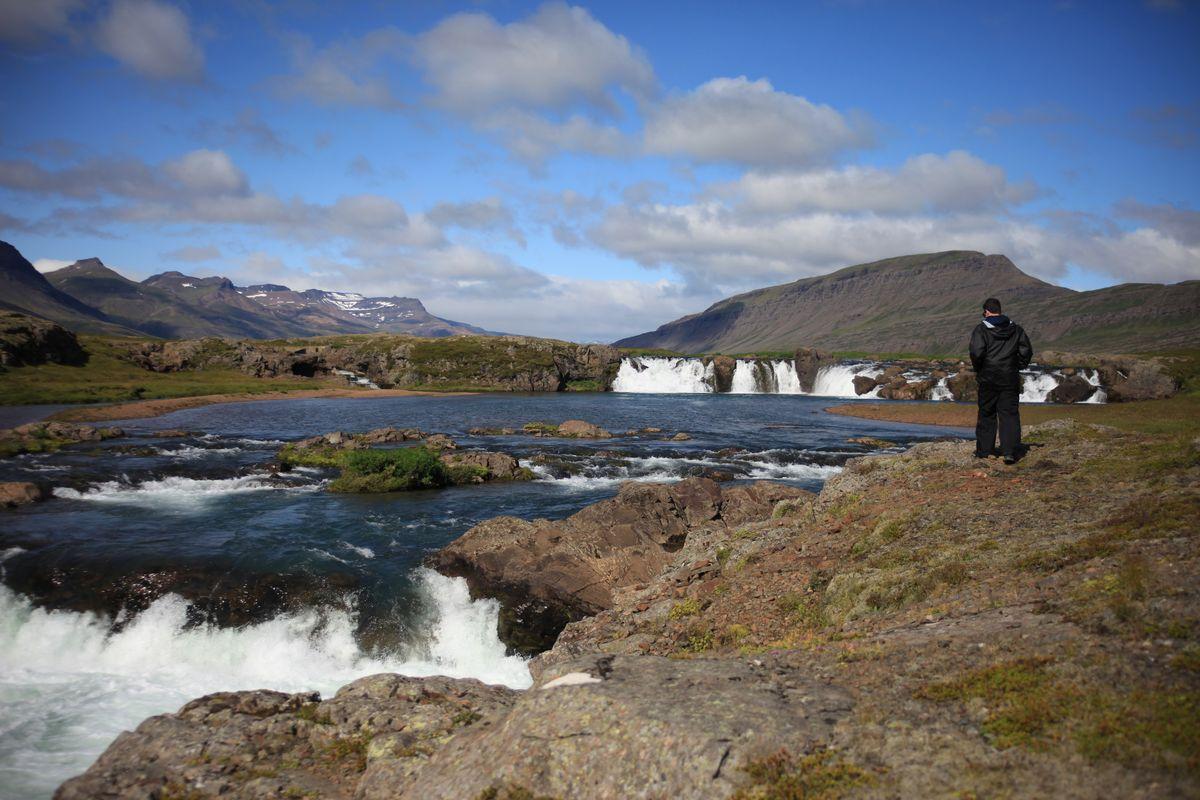