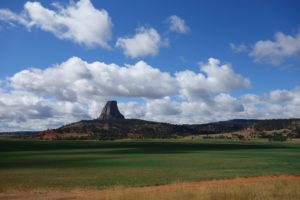 Idyll in the Highland Mountains

The below story is written by Dakota Arkin Cafourek.

A published writer and editor who is dedicated to a love of travel, storytelling, and the arts. The Outdoor Journal, has published 3 of Dakota’s stories, and you can find links to each one at the bottom of this page.

The state line of Montana is evident not by its welcome sign, but its distinctively wide valleys surrounded by dramatic mountain ranges which encompass you like a large basin. There is the feeling of being somehow protected, as though nothing exists beyond the walls of the valley. Life carries on, shielded from the world’s woes.

The stretch along the Madison River is nothing short of idyllic. Within moments of leaving semi-arid Wyoming and the crowds encircling the Old Faithful geyser, I am in the great expanses of Montana’s valleys.

The mountains sternly cut into big sky country like shadows. A bright blue lake sits motionless, and I marvel at this alpine refuge.

And yet, this paradise is called Quake Lake—short for Earthquake Lake.

In 1959, an earthquake measuring 7.5 on the Richter scale triggered an 80 million-ton landslide that caused part of a mountain to slip away at 100 miles per hour. Route 287 snakes through the steep, narrow gorge that curves around the deep drink; a wide brown scar edges the road. Once blanketed in evergreen like the neighboring banks, the mountainside had simply fallen, forming a dam on the river—now Quake Lake. In a single day, an entirely new terrain formed, creating a graveyard in its wake. The area’s beauty is suddenly an eerie reminder of the rumbling earth beneath us.

It had been shy of one month since I’d left New York City to explore the U.S. by car. It was a series of yesses and leaps towards the mysterious adventure ahead. There was no turning back; all of my belongings had been shoved into a 10 by 10 feet storage unit.

Crossing the vast western United States by way of I-90 was a race against daylight to take in the spectacle of the landscape. Its awesomeness is captured in fragmented memories that assure me it was not all a dream.

Andrew is behind the wheel guiding us through the narrow crevice of ancient Earth. Atop the hotbed of volcanic activity beneath us, I can only think of our own powerlessness. We are just a few miles past Yellowstone National Park, the most active earthly wilderness in the world.

The Yellowstone Caldera, which sits beneath the park, is an active supervolcano. The magma bed underneath causes regular earthquakes, generally three thousand in a single year, and while most are too subtle to feel, measurements have shown that ground levels have bulged in areas of the park by as much as 10 inches within the past decade.

Yellowstone’s supervolcano is unfathomably powerful, ominously active, and its next eruption is unsettlingly unpredictable. Its previous eruptions are said to have been a thousand times more powerful than Mount St. Helens’ 1980 eruption in Oregon.

We are both passengers in a terrain far more powerful than any we’ve known. Perhaps to be absolutely free is to perceive our own fragility.

For miles, we continue onward through wide golden valleys walled by snow-capped sierras. We are headed to Sheridan, Montana. Population: 642.

Along our route, we passed through historic Virginia City. Since 1863, it hasn’t changed much. It’s a perfectly preserved replica of an old town, filled with shops and apothecaries left intact for tourists and their lenses.

Up on a hill behind the main street is the town’s cemetery, known as Boot Hill. This was a common slang term for graveyards in the American West, referring to the manner in which most outlaws died: with their boots on, rather than by natural causes. Throughout the mid-1800s, prospectors and outlaws alike came to Montana in search of gold and Montana vigilantes kept their Wild West in order.

Further down the road, an old prospector speaks to us as though he has marbles in his mouth. From him, we purchase a medium-sized bucket full of pebbles for 15 dollars. We put a few cups of rocks onto a screen and rinse them in a trough. Once rinsed, we empty them onto a sponge and sort through the pebbles with large tweezers, searching for dark red gems.

We nearly fill a small Ziplock by the time we are done, although I’m not sure the garnets are of any significant value.

We pull up to Sheridan just in time for a trip to the general store and sunset at our bucolic abode.

Morning came, and before I could even bring coffee to my lips, Andrew ventured out with our host, a retired firefighter, and a neighboring rancher to save a deer. Two bucks had gotten into it and were locked together. The men brought water to the sole surviving stag and cut him free.

After this early morning act of kindness in the wild, the day’s adventure awaits us in the surrounding hills.

By way of ATV, we ride up a mountainside, passing a serene creek and peeking through the forest brush for working cowboys and hiding wolves, moose, and grizzlies until we reach an abandoned gold ore mine.

Bright yellow heavy machinery leeres over us. The former office’s floral wallpaper remains intact, though its windows were now busted. The main building near the mine shaft was in shambles, its insulation and roofing repositioned around the premises by violent winds.

Like schoolchildren, we explored freely. And suddenly, there was a thud.

It was not the hungry grizzly bear I imagined, but rather the sound of a detached piece of tin roof blowing in the wind. We breathed more easily again, sharing a Three Musketeers candy bar and swapping stories.

There are quite a few paranormal tales I learned about the Ruby Valley that day. A man and woman exchanging surreptitious pleasures in the trees, far from their respective spouses, were interrupted by a violent, brilliant white light, surely from a UFO. Straying cattle left for dead in reaches beyond predators or folk, expertly carved as though an autopsy had been performed. There were some more mundane crimes too, even in this paradise, like the abducted female jogger enslaved in the hills who didn’t win her freedom for over a year. The power of the wilderness feels bigger than any building. And with that, we journey back down to the valley.

In the peaceful dales of Montana, we transcend beyond time and reason. Montana could swallow me whole in one small gulp, but here and now, the world is a safe place. Perils lurk in the soil and the sky, but wars of men feel like a memory at Boot Hill.

A woman fills my glass at a pub in Ennis. Entering the town, a sign reads: “Welcome to Ennis. Pop: 840 people. 11,000,000 trout.” She says she intended to come to Montana for a week, but three years had passed. Sipping sweet honey moonshine, my mind wanders to James Hilton’s tucked away Shangri-La; do you tell the High Lama you accept eternity in a utopian paradise, or do you choose the world outside?

*A version of this article was previously published in Whilst Magazine.

Dakota Arkin Cafourek is a published writer and editor. Dedicated to a love of travel, storytelling, and the arts, she serves cultural institutions in New York City and East Hampton, NY.

The Outdoor Journal has published more of Dakota’s work, such as Living Small: A Road Trip Across America and One Night on Earth.