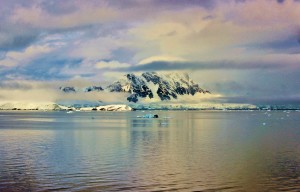 Training for the South Pole: Interview with Trainer Diwaker Sharma

Diwaker Sharma, a physical fitness enthusiast, trainer and yogi has been training the Indian Army Special Forces units since 2010.

He is currently training Ruta Sidlauskaite and Eirliani Abdul Rahman for their expedition to the South Pole next year.

Diwaker Sharma is training Ruta Sidlauskaite, the 26-year-old from Lithuania and Eirliani Abdul Rahman for a full-length expedition to the South Pole in January 2017. The two women will be pulling a sled weighing up to 60kg each over 1,100km over 60 days. Eirliani interviews Diwaker on the training regime for the two women, both indoors at India’s first indoor climbing gym Delhi Rock and outdoors, as well as on his training style. Diwaker has professional relationships with leading global fitness coaches such as Tony Horton, the inventor of P90X and head coach at Beach Body; and Erik Owings.

You were working in the corporate sector in London. Why did you return to India and what made you become a fitness instructor?

I was doing very well in my corporate work for 13 years but my passion for fitness & training took over. I returned to India in 2009. I’m a lifelong fitness enthusiast and yogi, winning first place in Delhi for Hatha Yoga* during my school days from 1987 to 1989. I was also a member of the National Cadet Corps, 5th Battalion, and won a medal at the Prime Minister’s rally in 1989 for massed military drill.

What drives you? What is your philosophy in life?

I am a former cadet from the National Cadet Corps and had trained and imbibed discipline from a very young age, the military way. So my philosophy in life comes from the Army itself: “When the going gets tough, the tough get going.”

My training is mainly based on strength and endurance which includes a lot of functional movements based on core and complete strength development. The 60-minute programme which I teach three times a week at Delhi Rock focusses on core development, intense strength building and crossing mental and physical barriers.

How do you motivate your trainees?  What makes a good trainee?

I aim to understand my trainees’ level of fitness and demonstrate carefully all the functional moves, correcting them if necessary. I always try to understand the mind set of my trainees whilst working out together, and adjust my training accordingly.

Tell us more about the training regime to prepare ourselves for the South Pole expedition in January 2017.

While in the South Pole, you will be pulling a heavy sled weighing up to 60kg, so you will need to further strengthen your core and leg muscles. So the training programme will involve a lot of running, and pulling tyres to simulate pulling the sled, including uphill and downhill. We will also doing battle rope training, great for targeting the core and upper body. We will be adapting from the Adventure Network International’s and Antarctic Logistics & Expeditions’ 12-week training programme for the South Pole.

Note: The 12-week training programme is courtesy of the Adventure Network International and Antarctic Logistics & Expeditions.

*Hatha Yoga can be translated in two ways: as “willful” or “forceful,” or the yoga of activity, and as “sun” (ha) and “moon” (tha), the yoga of balance.