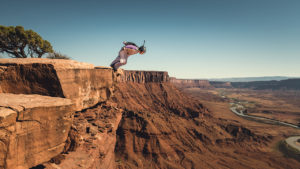 Flow State: The Reason Why Alex Honnold and Steph Davis are not Adrenaline Junkies.

“When you’re pushing the limits of ultimate human performance, the choice is stark: it’s flow or die.”

Recently, while watching Alex Honnold’s film, Free Solo, I began questioning the motives behind why he does what he does. I imagine that like me, you asked yourself, what is the driving force behind his compulsive need to risk his life? Why does he have such a passion for free soloing difficult routes, while the rest of us sit paralyzed in fear, simply watching in awe?

Jimmy Chin and Elizabeth Chai Vasarhelyi, the directors of the film (which has recently won a BAFTA and has been nominated for an Oscar), touched on Alex’s reasoning a little. For Alex, it is when he is climbing without a rope and is closest to death, that he actually feels most alive. 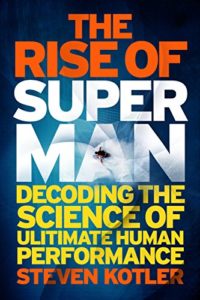 As an extreme sports athlete myself, with a background in whitewater kayaking, I can relate to this feeling. When I am kayaking a difficult and consequential rapid, my brain is 100% focused on the present moment. In the book, “The Rise of Superman” (if you haven’t read it, do so now), Steven Kotler discusses Flow State. Kotler describes it as being “so focused on the task at hand that everything else falls away. Action and awareness merge. Time flies. Self vanishes. Performance goes through the roof.” Dr. Ilona Boniwell, a European leader in positive psychology, says, “The State of Flow happens under very specific conditions – when we encounter a challenge that is testing for our skills, and yet our skills and capacities are such that it is just about possible to meet this challenge. So both the challenge and the skills are at high levels, stretching us almost to the limit.” Flow State is very difficult to achieve. The perfect balance between challenge and skill must be met, and the result is a very elusive zone, which is tricky to replicate. In Kotler’s book, he describes action and adventure sports as the only way to consistently trigger this flow state. Flow state is often triggered by a sense of being close to death, which, in return, triggers the maximum sensation of being alive. Kotler describes it simply, “When you’re pushing the limits of ultimate human performance, the choice is stark: it’s flow or die.”

I remember the first time I experienced Flow. I was running Itunda Falls on the Nile River. Itunda is known for being one of the biggest rapids on the Victoria White Nile stretch of whitewater and is a rapid that, if not executed correctly, could be fatal. I recall Flow State kicking in as soon as I entered the rapid. My mind went completely blank, and I experienced a hyper-focused state in which every paddle stroke I took, every drop of water that hit my face, every little bit of it was a slow-motion, full experience. I felt nervous before entering the rapid, but as soon as I dropped in, my nerves faded, and I relaxed into a calm state of execution. While in that Flow State, I was able to do exactly what I wanted to do, perfectly. I made zero mistakes and had a perfect line through the rapid. It was the first time in my life that I felt I had 100% fully experienced something – not only in a physical sense but also in a mental and emotional sense as well.

“My favourite state of being.”

In a collaboration between The Outdoor Journal and Mercedez-Benz, I recently had the opportunity to speak with one of their sponsored athletes – free solo climber and BASE jumper, Steph Davis. When asked about Flow, Davis described it as, “the feeling of taking a deep breath, letting it out and feeling totally good and at ease with nothing else in my mind and truly in the moment.”

Read Next: Steph Davis: Flow, Focus, and Feeling in Control

The film, Free Solo, suggests Alex’s ability to achieve Flow State. When I spoke with Alex Honnold about the topic (also in a collaboration courtesy of his sponsor, Rivian), he shared a similar sentiment towards free solo climbing. “I think that has always been a big part of the pleasure in free soloing is that it forces you into that state more than other kinds of climbing do.” Alex says that he can tap into the Flow State while climbing with ropes as well, but it is rare and doesn’t come as easily.

For Davis, Flow State while free solo climbing isn’t as much a result of being close to death, but rather a result of getting away from external influences. “For me, a big factor for reaching focus, or Flow, is getting away from outside energy – so free soloing inherently works really well because you are alone.” No matter how she achieves Flow State, Davis can’t seem to get enough of it. “It’s my favorite state of being.”

According to Kotler’s book, Flow State originates in the brain. The release of five mood-boosting chemicals – dopamine, endorphins, norepinephrine, serotonin, and anandamide – creates a high that athletes, just like Davis, “can’t seem to get enough of”. It’s a wonderful experience – Flow State. So wonderful, in fact, that when you achieve it, it can become addictive. Dr. Ilona Boniwell describes the addiction to Flow State well. “Even activities that are morally good or neutral, like mountain climbing, chess or Playstation, can become addictive, so much that life without them can feel static, boring and meaningless. A simple non-gambling game on your computer, like solitaire, which many people use to ‘switch off’ for a few minutes, can take over your life. This happens when, instead of being a choice, a Flow-inducing activity becomes a necessity.”

This addiction to Flow is different from an addiction to adrenaline. An athlete addicted to Flow is not an ‘adrenaline junkie’. They are not searching for that adrenaline rush that comes when you do something risky – like bungee jumping or skydiving. They are searching for perfection in what they are doing. Honnold says he is searching for the feeling of effortlessness. “When climbing feels good, when it feels effortless, when it feels flowy. That’s Flow State. And that is the appeal of climbing in a lot of ways is to get into that state. To feel like you’re doing something well and that you’re performing well.”

Davis says when she has had experiences BASE jumping in which something almost went wrong and she “got lucky” – which may be a situation where an adrenaline rush could be triggered – she is usually unhappy with that experience. “For me, it’s not really seeking an adrenaline burst. It’s more seeking the ability to do something that maybe should be impossible, and yet doing it in a way that’s actually pretty reasonable… When I’ve had those moments where it just barely worked out, and I almost felt that I got lucky, I’m usually really dissatisfied with that experience. I prefer to feel like I’ve entered the situation in a very calculated way. I’ve really prepared. I’ve gone through Plan B, Plan C, Plan D scenarios. I’ve tried to really think through everything that could ever go wrong and feel like I have a plan for that. And then when it starts happening, I feel like I’m very in control of the situation because I chose to get into it feeling like I’m really ready for it. To me, those are always the most satisfying outcomes. When I either land from a jump or top out a climb and I feel like, ‘wow, you know, I really belonged there and I wasn’t just scrapping through it’.” A perfect balance of challenge and skill.

But for Steph, addiction to Flow is not the main reason she continues pursuing these high-risk activities. For her, it is simply a way of life. “I’m 46 now and I’ve been climbing since I was 18, so my entire adult life I’ve been doing these sports in various forms… it is honestly really hard for me to imagine not being out in the mountains and the desert and just doing these things that I love doing.”

Thanks to Rivian and Mercedes for the interviews.