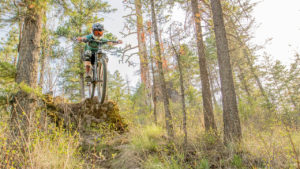 In Defense of the Struggle.

Mountain bike racer Alicia Leggett reflects on how the obstacles she's faced have made her a better competitor and a stronger person.

Like many ambitious people, I hate being bad at things.

Here’s my problem: It’s hard to become good at anything worthwhile without sucking for a while.

I’m a pro mountain bike racer, and last summer was my first season of world-level international racing. I raced in six countries as part of the Enduro World Series and traveled to races outside of North America for the first time. And although this was the season I’d been dreaming of for years, it was the hardest and most frustrating season of my life. More importantly, it took a lot of work to get there, and it will take much more work to keep progressing.

My 2018 season kicked off in March with races in Chile and Columbia, countries I’d never visited but had researched obsessively since I first looked at the season calendar. Living in Missoula, MT, I had spent most of the winter off the bike. I also received my bike for this year the week before I left for South America, so although I was beyond excited and itching to escape the snow, I wasn’t exactly prepared to compete with the world’s best. 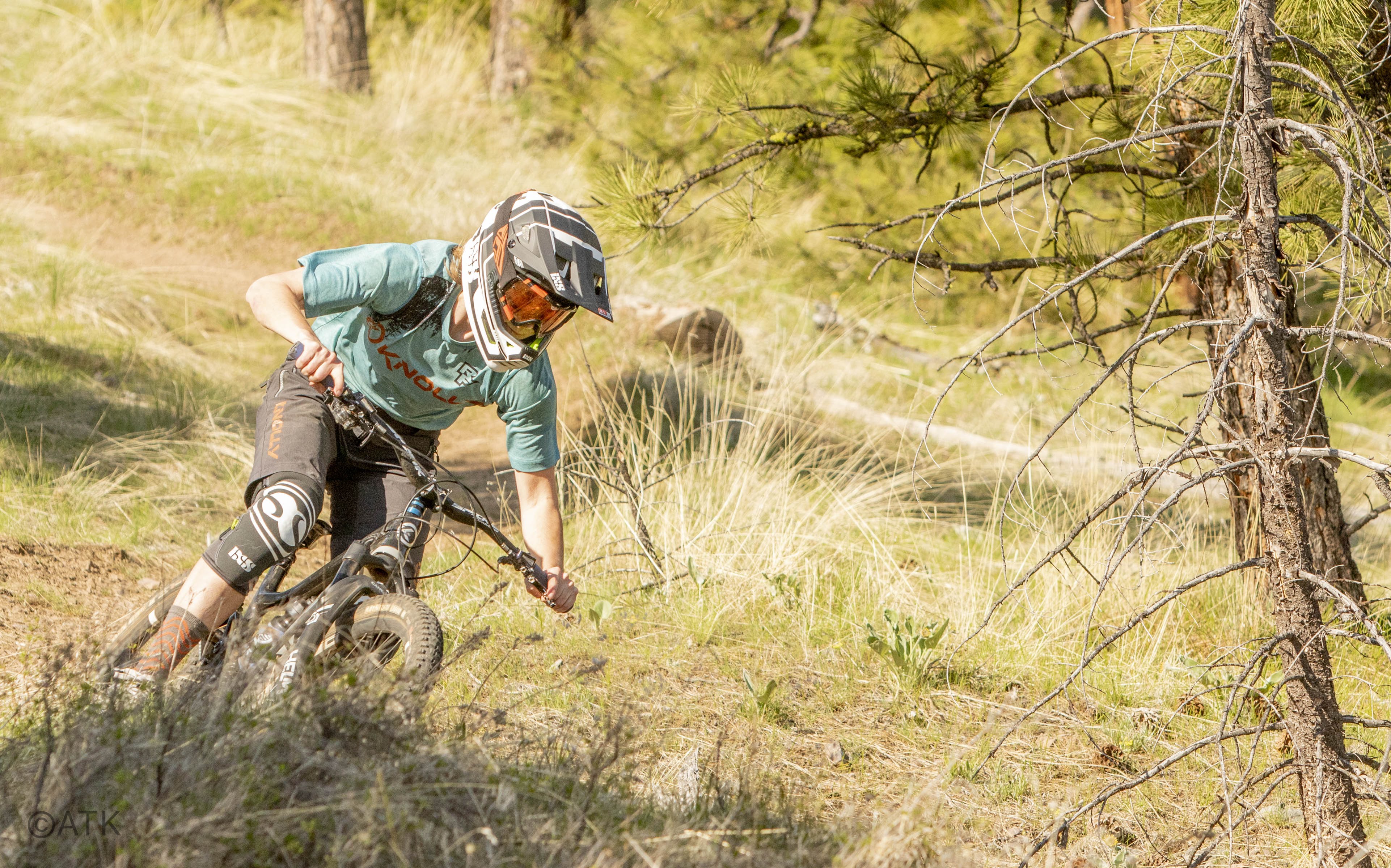 “I remember crying in the shower”

I had done what I could. Moving to somewhere warm and dry wasn’t an option for me last winter, so I made the most of things and embraced the mental break from riding. I skied more days than I didn’t ski, I learned to enjoy running in the snow (and started borrowing my favorite dog, who became a great running buddy) and I started lifting heavier and more consistently than I ever have. Still, when I showed up to the start line at 11,000 feet in the Chilean Andes, I struggled.

The two-day race was brutal. I remember crying in the shower after the first day, dreading the morning when I’d have to wake up and do it again. But somehow, those two days are imprinted in my mind as two of the best days of my life. The Chilean sky is beautiful. The mountains are rugged. The terrain made me feel like I was riding on another planet. A week later, I raced in the Colombian jungle, in a mess of tire-sucking mud and suffocating humidity. I reveled in the misery.

All things considered, those two South American races went all right, and I collected a couple of race results I can be proud of, but I returned to the U.S. battered, exhausted and demoralized. But things improved from there. I put one foot in front of the other, took one pedal stroke at a time, and kept moving. I spent time riding my favorite trails, taking bike park laps and racing at the regional level for the next few months. I started running women’s clinics in my area, continued coaching teenagers and generally had a great time riding my bike. I won four regional races in a row, which was exciting proof of my growth as a rider. But I’m not here to write about the times’ things went well. This is a defence of the struggle. 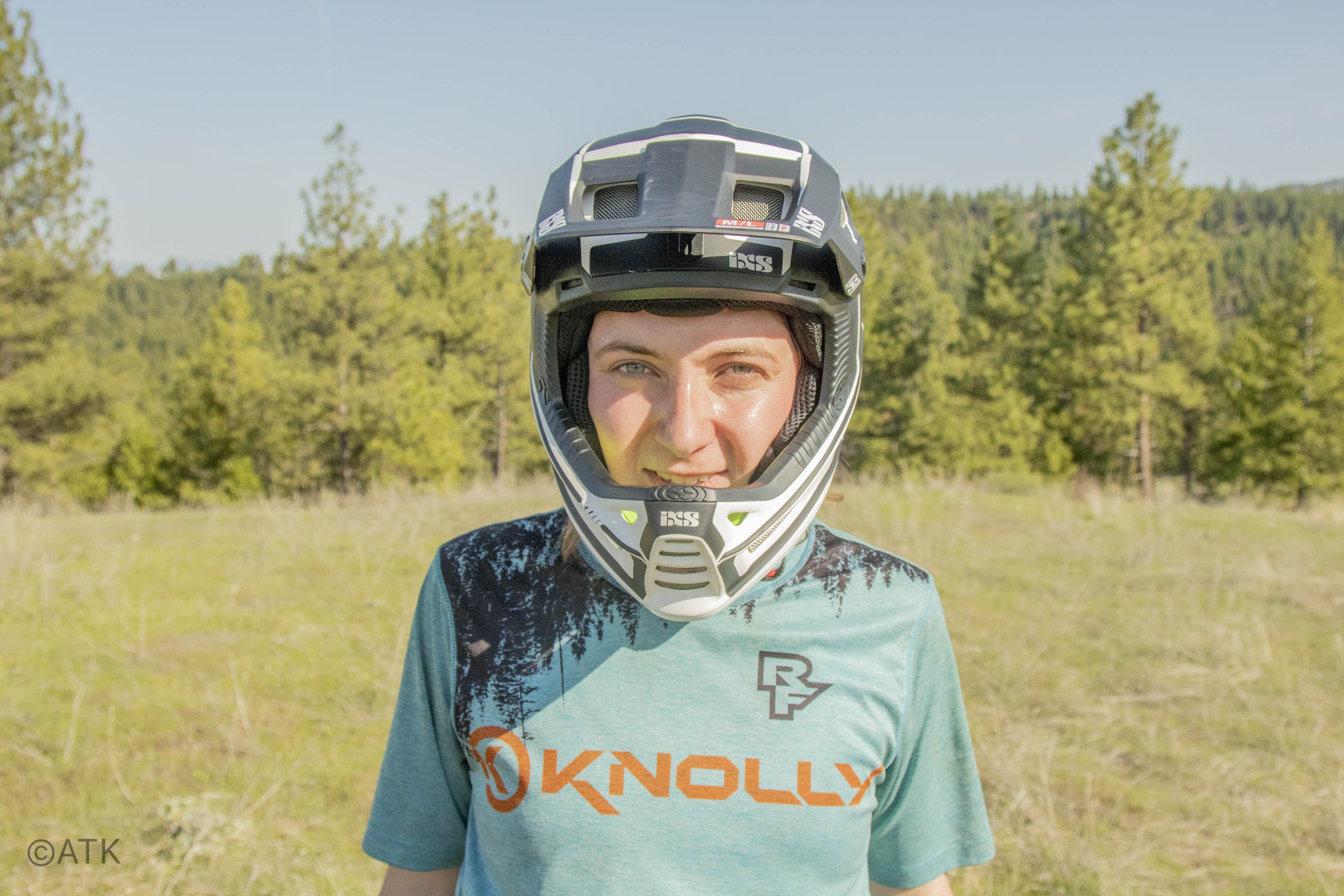 After racing the Enduro World Series round in Whistler, I returned home and focused on preparing for the season’s final races in Spain and Italy.

The first day of racing in Spain was one of my best race days ever. I climbed about 6,000 feet and raced four tricky stages to land myself in 19th of 41 of the world’s best racers heading into the next day. I was so excited I could hardly sleep – I loved the course, and being in the top half of the EWS field felt great. I just needed to keep my riding smooth through the next day and I’d land myself in the top 20.

On the first stage of the next day, things fell apart. My dropper lever got stuck engaged and my seat kept popping up, which was not helpful in steep, rocky terrain. I crashed. Hard. I finished the stage, much slower than I wanted to, then admitted to myself that I might not finish the race. I looked like I had an extra elbow in the center of my chest and it hurt to breathe. I watched a volunteer wheel my bike away and felt my high hopes disappear.

I’d made it through the whole season without any serious crashes or mechanical problems. Why did the problems have to show up at one of the races I cared about the most?

At least I had one race left. After a round of chest x-rays (verdict: nothing broken) and a few days of rest, I was ready to ride again. I drove to Italy, fixed my bike and studied the course. Practice day arrived, and it was the first day I could move around without chest pain, so I considered that a good sign, until I caught my front wheel in a corner and body-slammed the ground. Once practice was over, I started to feel everything.

My chest still hurt and I had a massive bruise on my quad left from the previous crash. On top of that, I’d landed on a big rock just inside my hipbone and my bloody arm had started to swell.

“I crossed an ocean for this,” I kept thinking.

I showed up to the start line battered but determined to make the best of things. I just had four race stages left in my season. I would show up and ride my best.

I hadn’t quite learned the lesson the previous week: Sometimes, things just fall apart. We can’t control all of it. And if we could control it, where would the adventure be?

I controlled the variables I could, but in that final race, my luck had run out.

I bent my derailleur on a rock on the first stage. I also broke my chain guide on the first stage. My chain broke on the second stage as I tried to sprint up a hill with my limited gear range. I rode a clean but conservative third stage before lining up at the top of the fourth stage.

My entire season had built up to that moment. I left the U.S. riding better than ever before, and I’d made sure everything on my bike was dialed. I’d take all the steps I could to set myself up for success, and things still hadn’t gone my way. Regardless, I had to keep giving my all. The last stage that day was my favorite, and I went in for redemption.

I knew I shouldn’t set my hopes too high. After a few minutes of riding fast, skipping through technical rock sections and pedaling hard whenever I had the chance, I felt my chain drop off my chainring and all I could do was try to keep my momentum. So much for having a good stage. I dropped into one of the most iconic sections in all of enduro racing, a rocky corridor lined with thousands of cheering spectators that feels like it goes directly down the ridge to the Mediterranean. It was incredible. After a brutal day, when it felt like everything went wrong, I crossed the line ecstatic. 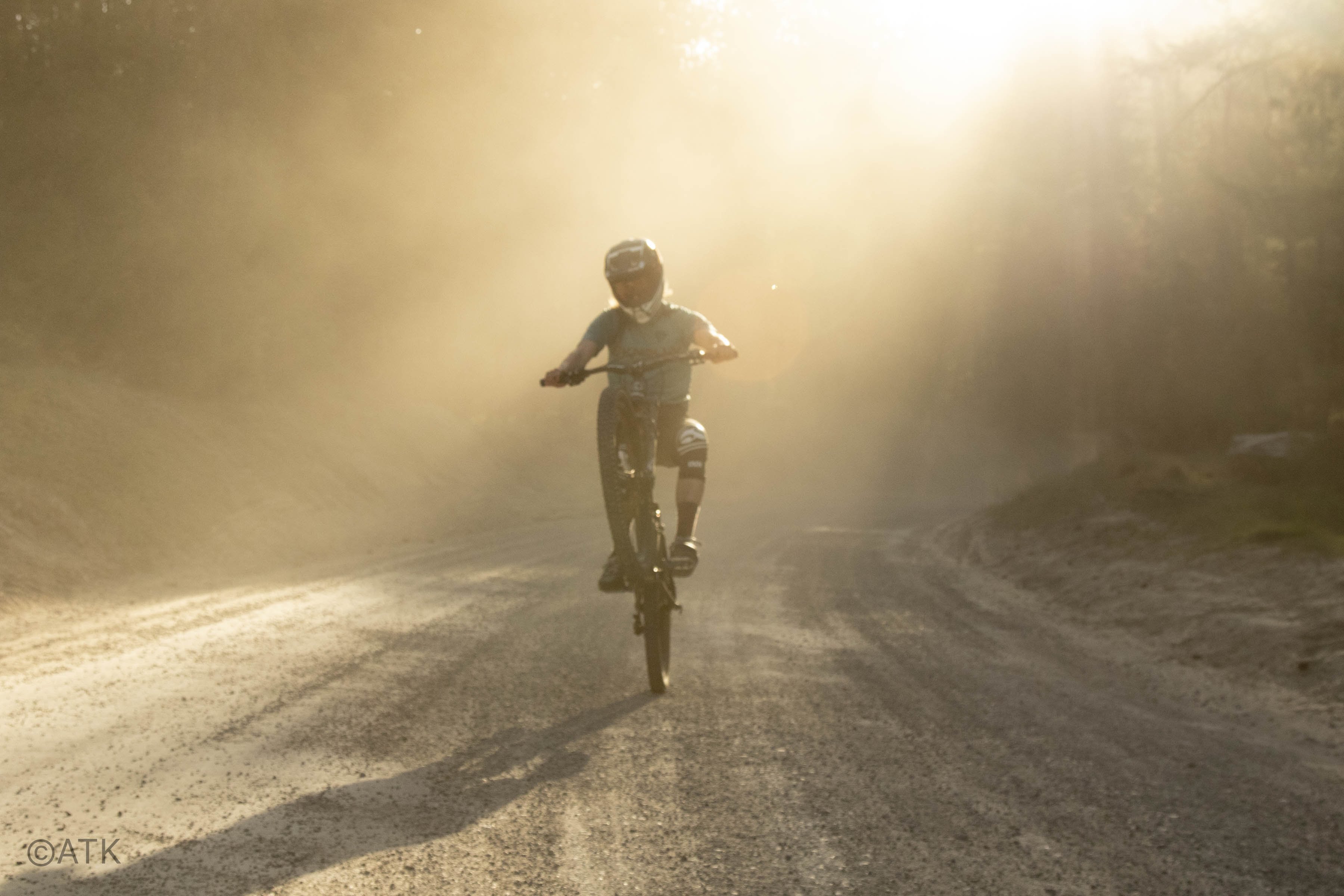 An article I read once explained that gamblers experience a bigger rush when they almost win than when they actually win. That’s part of what keeps them coming back. I think I’m the same way. For the entire trip, I had great race stages interrupted by the most frustrating moments of my season. I went from feeling on top of the world to feeling awful over and over, in just a few seconds each time. Those races showed me that I could be on-pace with where I wanted to be, racing with the best of them, but reminded me to never take a good result for granted.

If I’d finished the season the way I wanted to, I would probably be content, and maybe I wouldn’t train as hard through the off-season. I can use my unfinished business with the EWS as motivation to come back stronger. I learned much more from the Europe races than I ever learned from races that went well, and I will focus on everything I can carry forward with me into future races. I learned about on-the-go bike fixes and gained practice staying calm when things felt disastrous, which, as it turns out, is important.

I’m now in the middle of my 2019 race season, and haven’t forgotten last year’s lessons. I’ve had a few explosive, unprecedented results so far this year, so I know I’ve internalized at least some of what I learned. Each setback has poured a bit more fuel on the fire, and I’m back, mentally and physically tougher than ever.

I’ve heard so many times that we can’t choose what happens to us, but we can choose how we react. I’m choosing to learn whenever I can.

Years of riding bikes has shown me the value in doing things that are difficult. The most fun trails are usually the ones I’m good at riding, so I make myself ride the ones I don’t enjoy. I look for technical climbs, off-camber corners and tight switchbacks, which I would love to avoid. And these days, I can think of a few trails I used to hate that I now find satisfying.

Riding bikes is hard. Crashing out of a race sucks. Mechanical problems also suck. Both at once… well, you get the idea, but that’s mountain biking sometimes, and life. We are all doing the best we can with what we know.

So, my advice to anyone reading: Learn to love struggling. Do the things that are hard, especially when you don’t want to. If a ride or race falls apart, find the lesson and keep moving. You’ll prove to yourself, over and over, that you can survive.