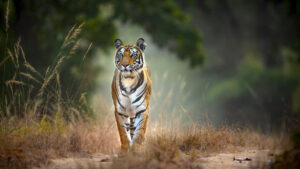 By connecting people to nature through visual storytelling, Suyash Keshari aims to encourage people to play their part in conserving wildlife as well as the last remaining wild places on Earth.

Growing up in Central India among wildlife and nature, studying and working in the USA, chronicling his wildlife experiences over the last decade and eventually quitting his job to follow his passion — that’s Suyash Keshari, a 24-year-old wildlife filmmaker and presenter whose first wildlife series called Safari With Suyash was released in 2019 in collaboration with WWF International. 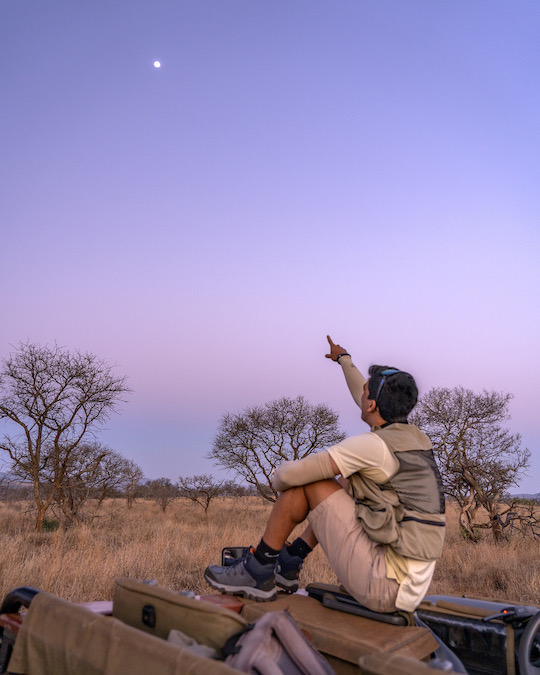 A fascination with wildlife that started at a young age has driven Suyash to connect more people with nature and advocate for the need and urgency to preserve wild spaces. His storytelling through photography and videography aims to create a lasting impression in people’s minds that urges them to do their part in conserving wildlife.

Suyash talks about some of his adventures and ideas on wildlife conservation with The Outdoor Journal.

TOJ: What has been your personal journey till now?

I grew up in the Central Indian states of Madhya Pradesh and Chhattisgarh, where my dad, who is an IAS (Indian Administrative Service) officer, was posted. So, wildlife was always at the backdoor. Not just tigers, it was a lot more. I grew up next to wildlife, literally, and it really set me on a path to learn more about it. Early in my life, my (late) grandfather introduced me to shows on National Geographic and Discovery Channel and I realized that I wanted to do something like that early on. I wanted to have my own series and I wanted to be the David Attenborough or Bear Grylls of India.

I grew up next to wildlife and it really set me on a path to learn more about it.

I started concentrating more on photography and learning about wildlife filmmaking and storytelling which help in influencing conservation and raising awareness. ‘What we can see, we can love. And what we love, we will fight to protect’ —  that has been the number one goal while using the storytelling tool to find a way to connect people with nature. That’s where the whole filmmaking aspect came from and Safari With Suyash came through.

(Season 1 of Safari With Suyash was released in 2019. It was filmed in Bandhavgarh National Park, tracking its tigers and delving into the challenges faced by the community and wildlife of the region)

After Madhya Pradesh, I lived in Delhi for a few years followed by 5 years in the USA. Then, I quit my job in Political Advocacy to follow my passion full time and that’s when I moved back in May 2019.

TOJ: How helpful have filmmaking and social media been in the context of wildlife conservation?

In the world of social media, where people don’t have much of an attention span, you can actually use it to connect someone emotionally with something by trying to evoke emotions. That’s what brands do, that’s what actors do and that’s what I do — and it is extremely important to make the connection. 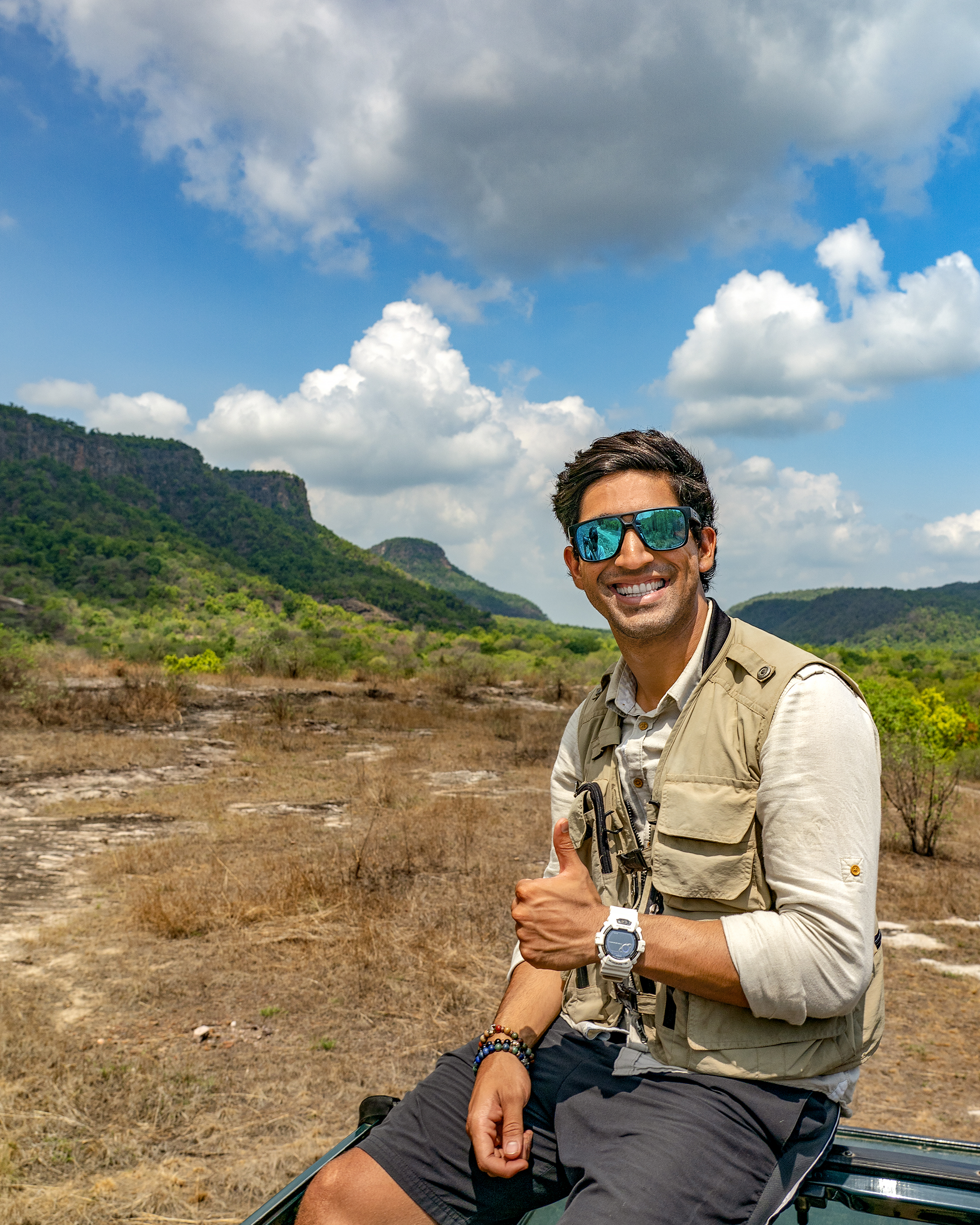 For instance, It’s not just about one tiger, but I have to position it that way and that’s where the Solo story comes in. Solo is just one tiger out of the 2967 wild tigers (2019 Census) we have in India.  If I can get everyone to see that this animal also has emotions, then people who usually fear tigers will understand them better. Basically, what we don’t know — we always fear for long, especially when it comes to the animal kingdom. But through storytelling, film making, and social media, we can show their gentle side followed by their importance in our ecosystem. 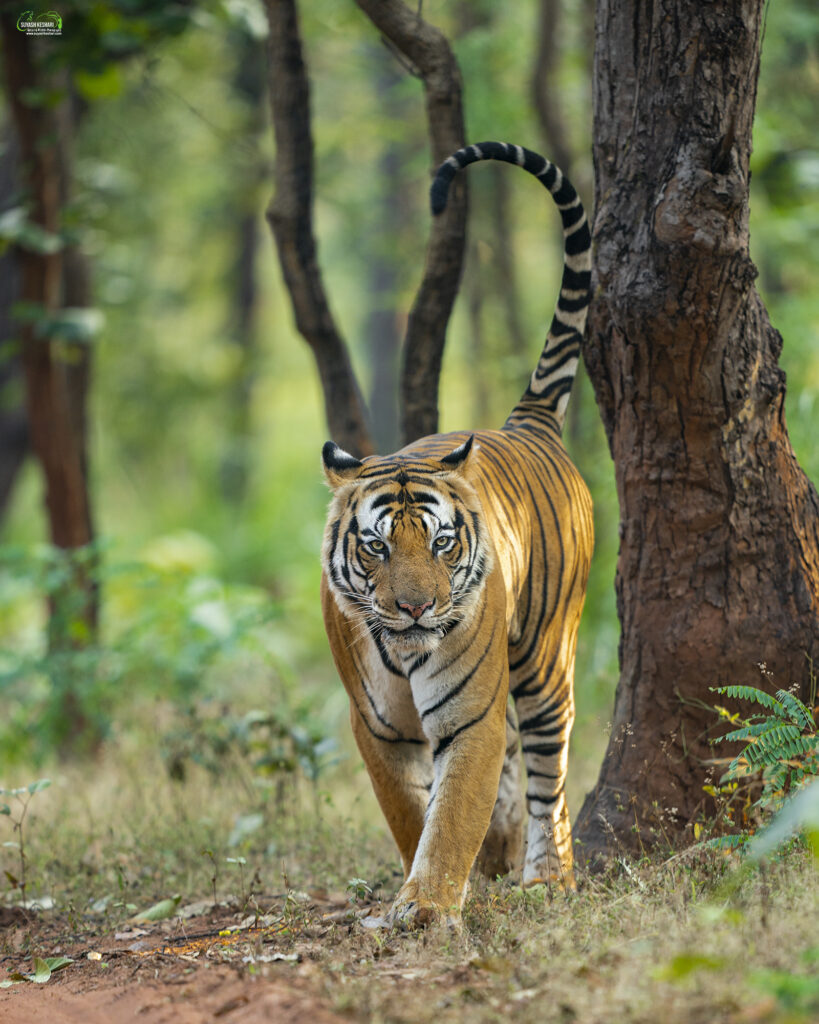 Showing a mother and a cub interacting or a male making his dominance over territory for the first time — similar to the coming of age for a man, helps create an emotional connection between viewers and the wild animal. 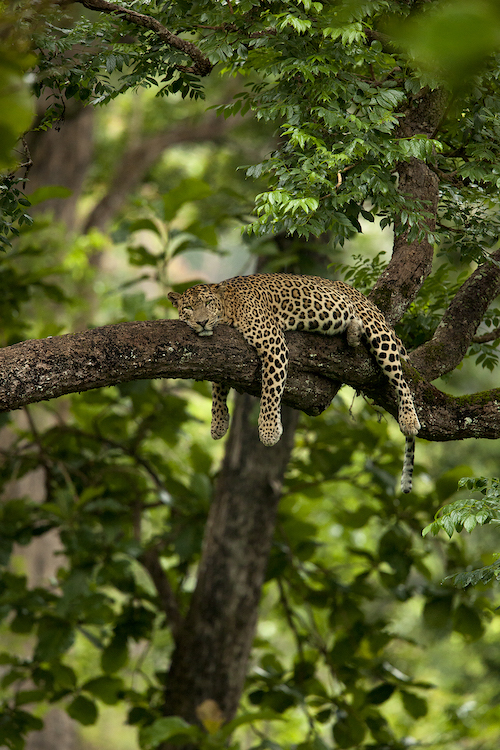 Most of India’s forests are preserved because they have tigers, leopards, or some other big predator residing in them. Otherwise, they’re opened up for mining and other development projects. Protected areas are saved from one side because of policy and from the other side, there is ecological value in them (that is, the tiger is at the top of the food chain and maintains the herbivore population, eliminates the diseased and weak, and maintains a good gene pool).

Usually, people start with scientific facts about tigers which do not catch the attention of many. You have to build a story and show that they (wild animals) also have feelings and when you use facts to back up your emotions and stories about tigers — that makes a huge impact and that’s what I’ve tried doing. That’s why what I’ve done or part of it, at least in my head, has been successful. It just sticks around in people’s minds and if I didn’t have social media to do it, I wouldn’t be able to reach the masses.

Solo’s mom, Rajbehra, was the first tigress I ever saw in Bandhavgarh. I have followed the lives of Solo and her siblings since they were four months old (NOTE: Solo, a ten-year-old tigress and one of her cubs was found dead in the buffer zone of Bandhavgarh Tiger Reserve in October 2020. The case is still under investigation but poaching or poisoning is suspected). 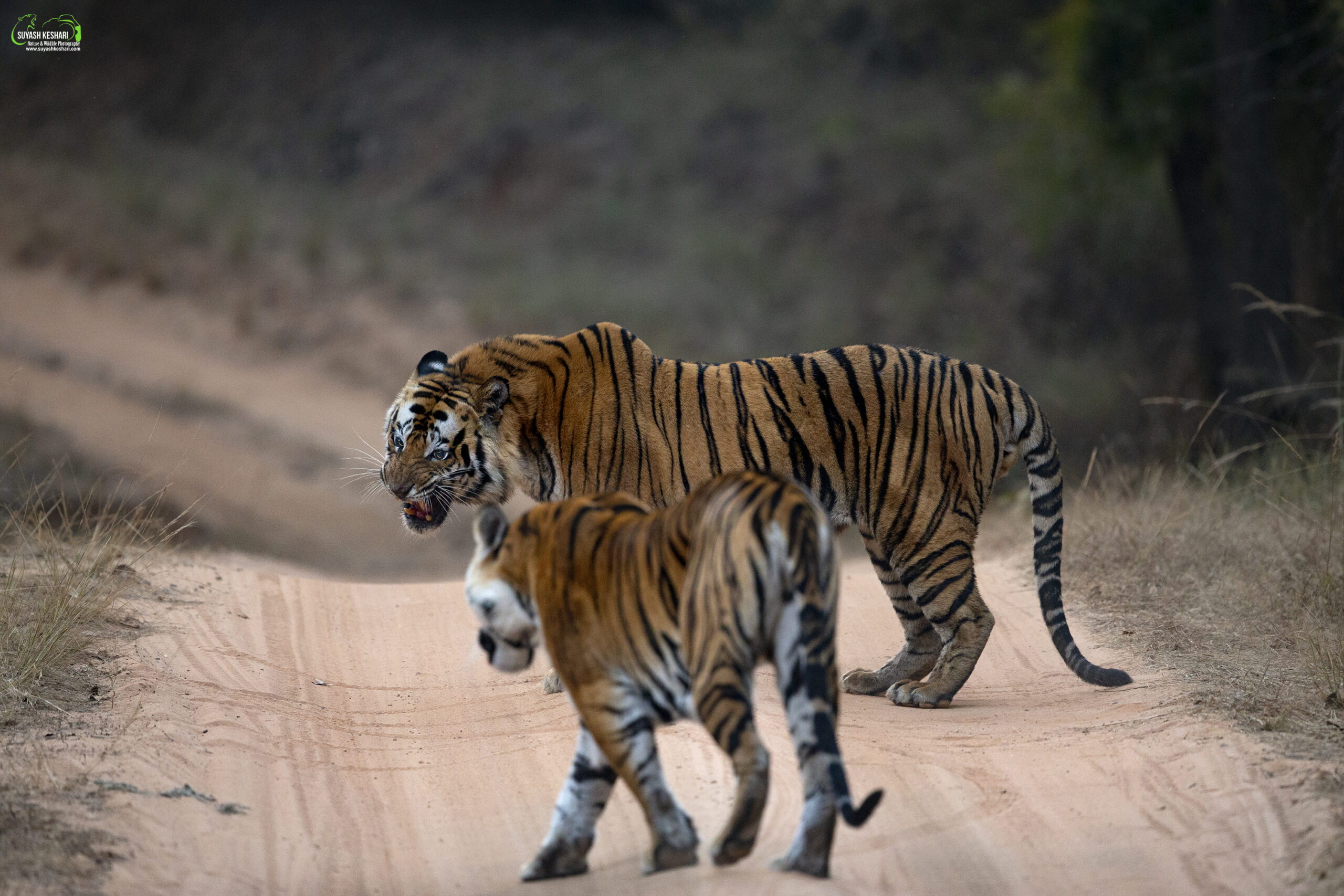 Solo took over Rajbehra’s territory in the middle of the Bandhavgarh National Park after she passed away. It was a prime location with a lot of water, prey, and even hills which are good to hide cubs. In the last two years, it overlapped with the territory of 9 male tigers. So I decided to make my series, Safari with Suyash (S01), about Solo since her cubs were 6 months old at that time and she could be easily tracked — so the story became that her cubs are the future of this troubled species and if they can survive then that will be a good indicator of how wild tigers are doing. 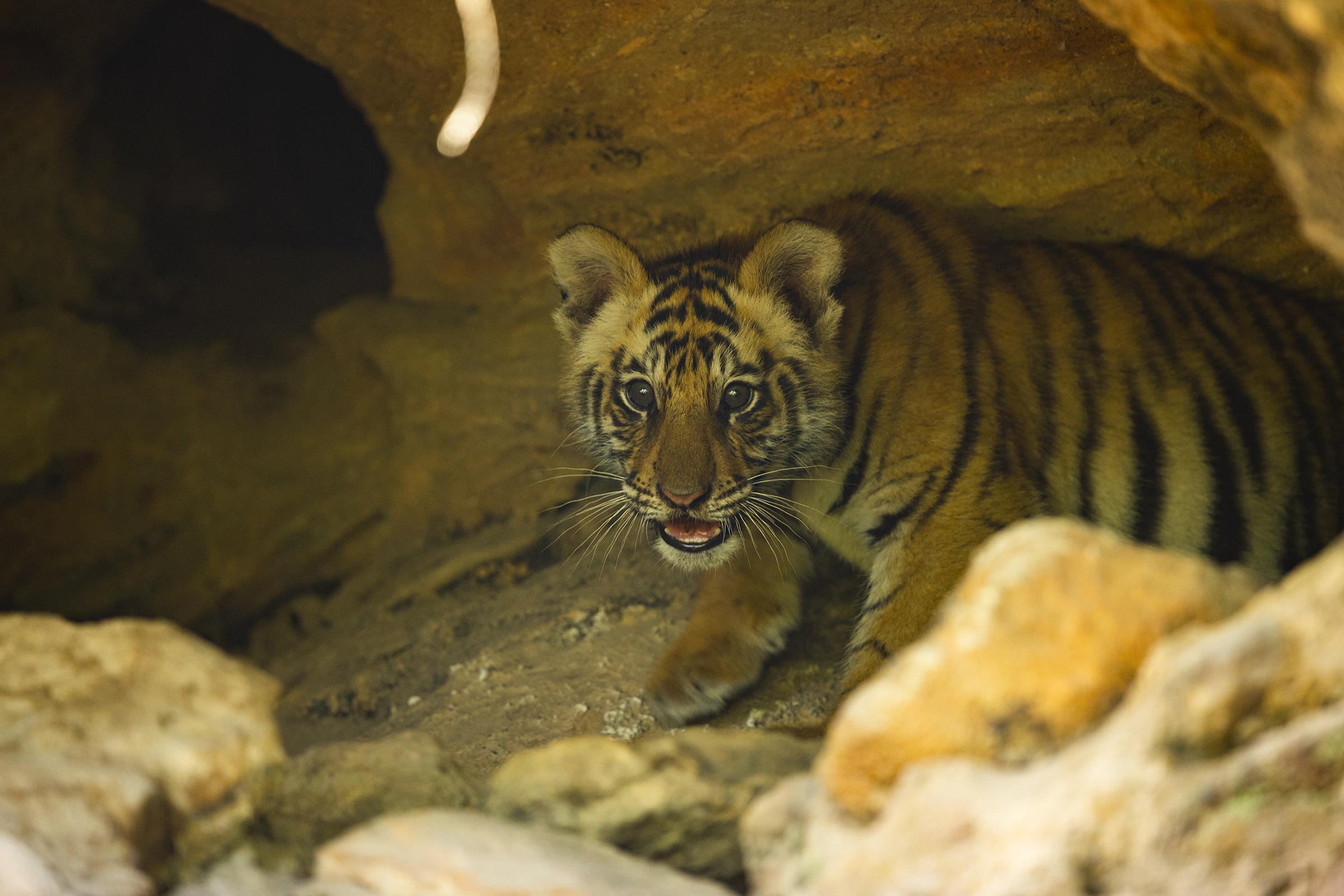 But as we know, it didn’t end up like that, one of the cubs is already dead and 3 of them are hanging by a thread. Solo herself is dead and she was one of the strongest tigers. I’ve seen her defend her cubs in front of me from another male, her chest was torn open at one point and the forest department had to step in — tranquilize her and stitch her up. So, she had a very hard life and for her cubs to survive was anyway tough but for her to die the way she died just overthrows all the stories and my personal efforts in conservation. It feels like a major setback to me personally because you follow the life of a tiger for 7-8 years and something like this ends up happening (Solo’s siblings, a male and female both have mysteriously disappeared in the past, as well. One of the females from the litter still lives in the buffer area).

Human-wildlife conflict has been a problem ever since humankind became ‘humankind’ on this earth. Ever since we separated ourselves from animals, it’s been a problem. But the thing is, this conflict now is just blown up in proportion with media because everyone just wants a spicy story and also, the world population has increased manifolds in the last 50 or 60 years. 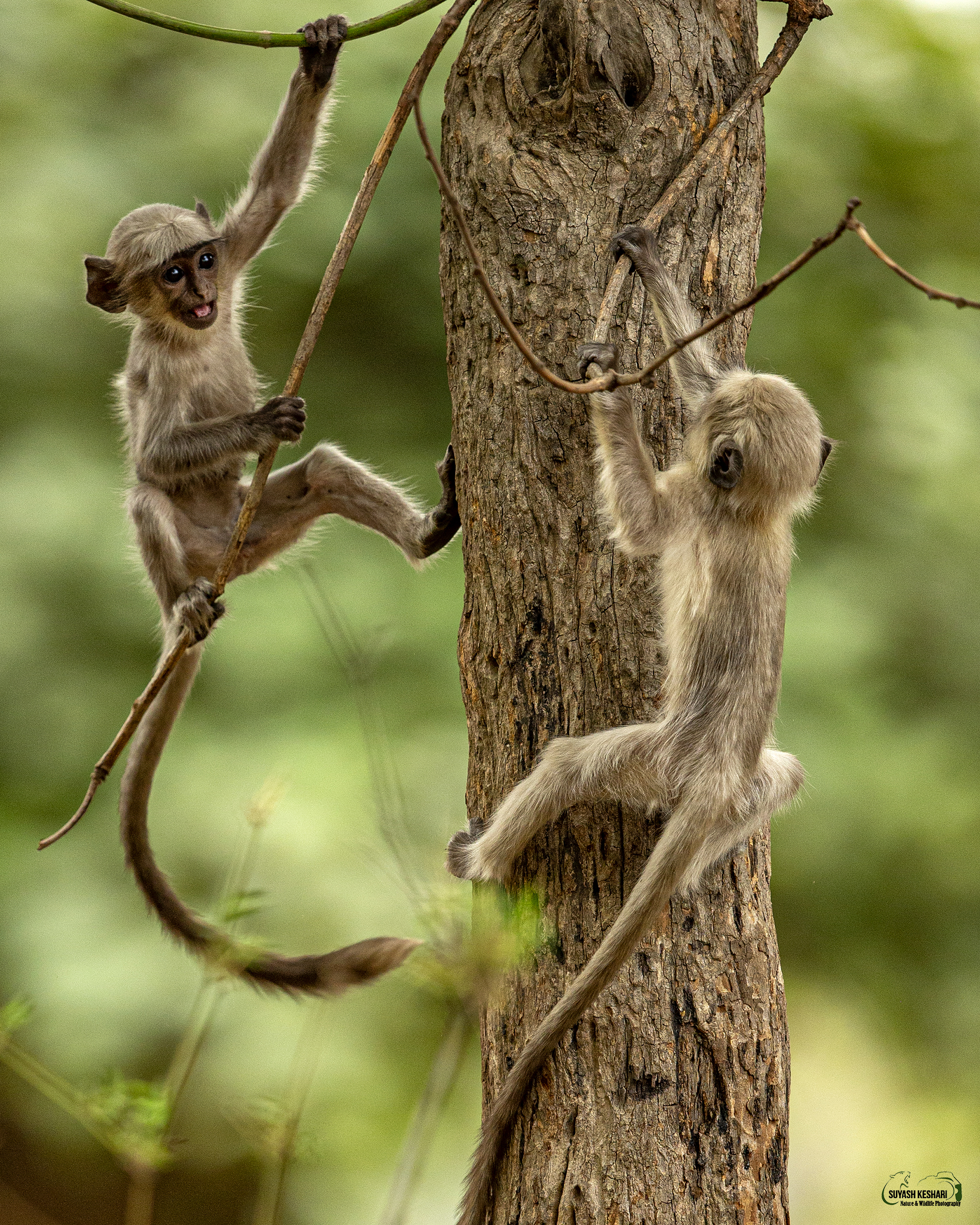 So let’s take Bandhavgarh, for example, it is about 1600 sq. km of declared protected area. It used to have a good wildlife corridor with other tiger reserves in Madhya Pradesh and Chhattisgarh but today, only the Bandhavgarh-Sanjay Dubri corridor remains. These ancient migratory routes are embedded in the tiger’s system/psyche but when they try going through them now, they stumble into farmland, habitation, huge villages or even cities. It makes them disoriented and inevitably leads to conflict as both parties (human and wild animals) are not used to it. The conflict is directly proportional to the level of unsustainable development that’s been going on in India. A lot of the land inside the core area has become farmland and we have villages with hundreds of people living inside Bandhavgarh National Park. How do you expect there to be no conflict?

Another part that is hardly mentioned is the human-herbivore conflict. People mostly just want to put the predators like tigers, leopards, sloth bears in a bad light but often the biggest problem in human-wildlife conflict is the herbivore eating up people’s crops and destroying them. That’s what makes villagers go against wild animals and forests. It’s a catch-22 situation because the villagers and the development authorities go into the forest to cut down trees and grasslands which forces the wild animals to come out to feed or when farmlands are inside core areas, the animals cannot differentiate and consider it part of the ecosystem. 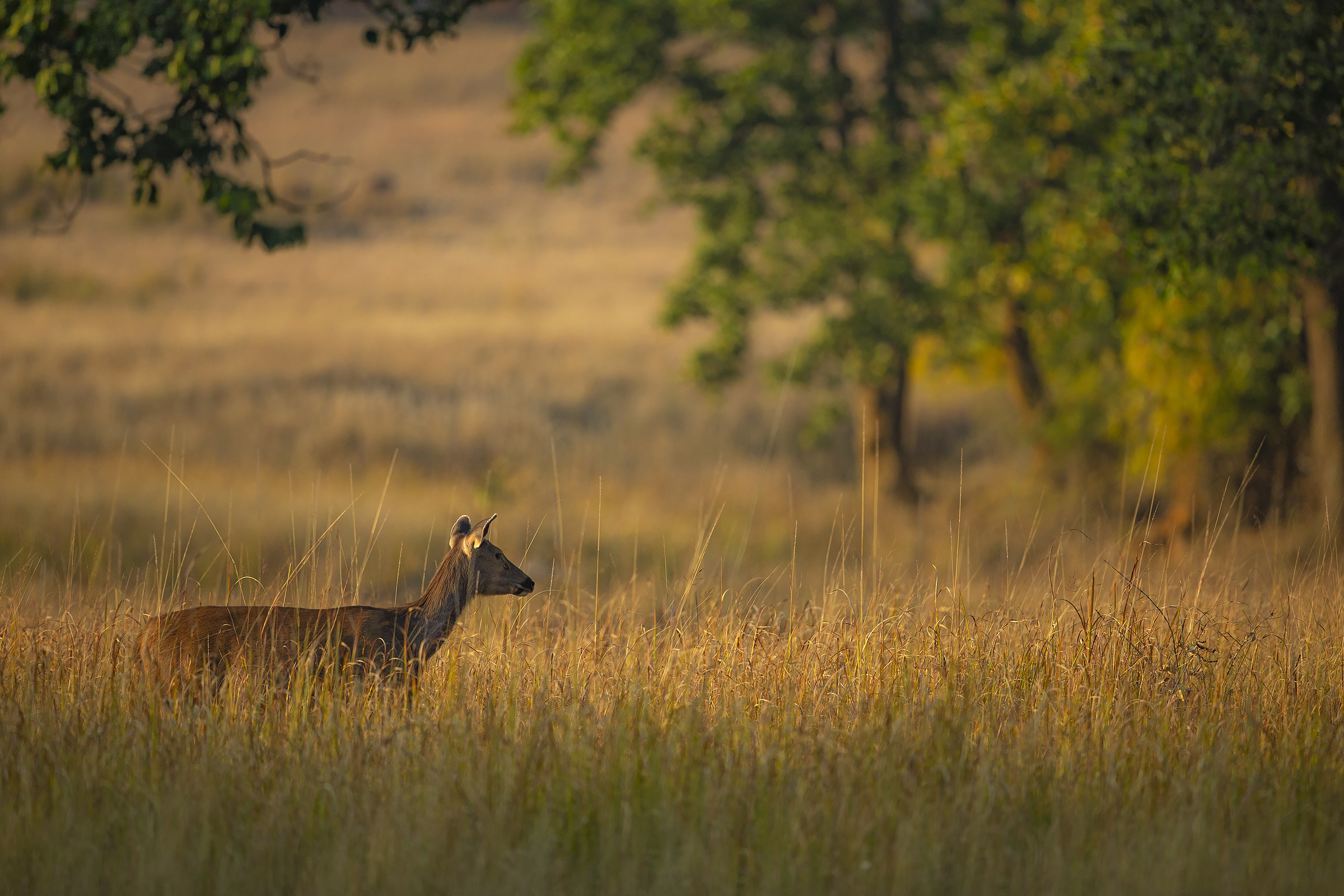 Many villages have been relocated from Bandhavgarh National Park and from protected areas across India, but a lot of them still remain and the major problem with that is that there has been no increase in compensation for the villagers from the last time that villages were relocated 6-7 years ago in India. So the compensation is not fair at the moment. There should be a few things that the government must do. First, they should pay fair compensation. Second, the government needs to provide some skill training to these villagers as all they know is farming. Lastly, there should be the provision of housing somewhere else for the relocated villagers. 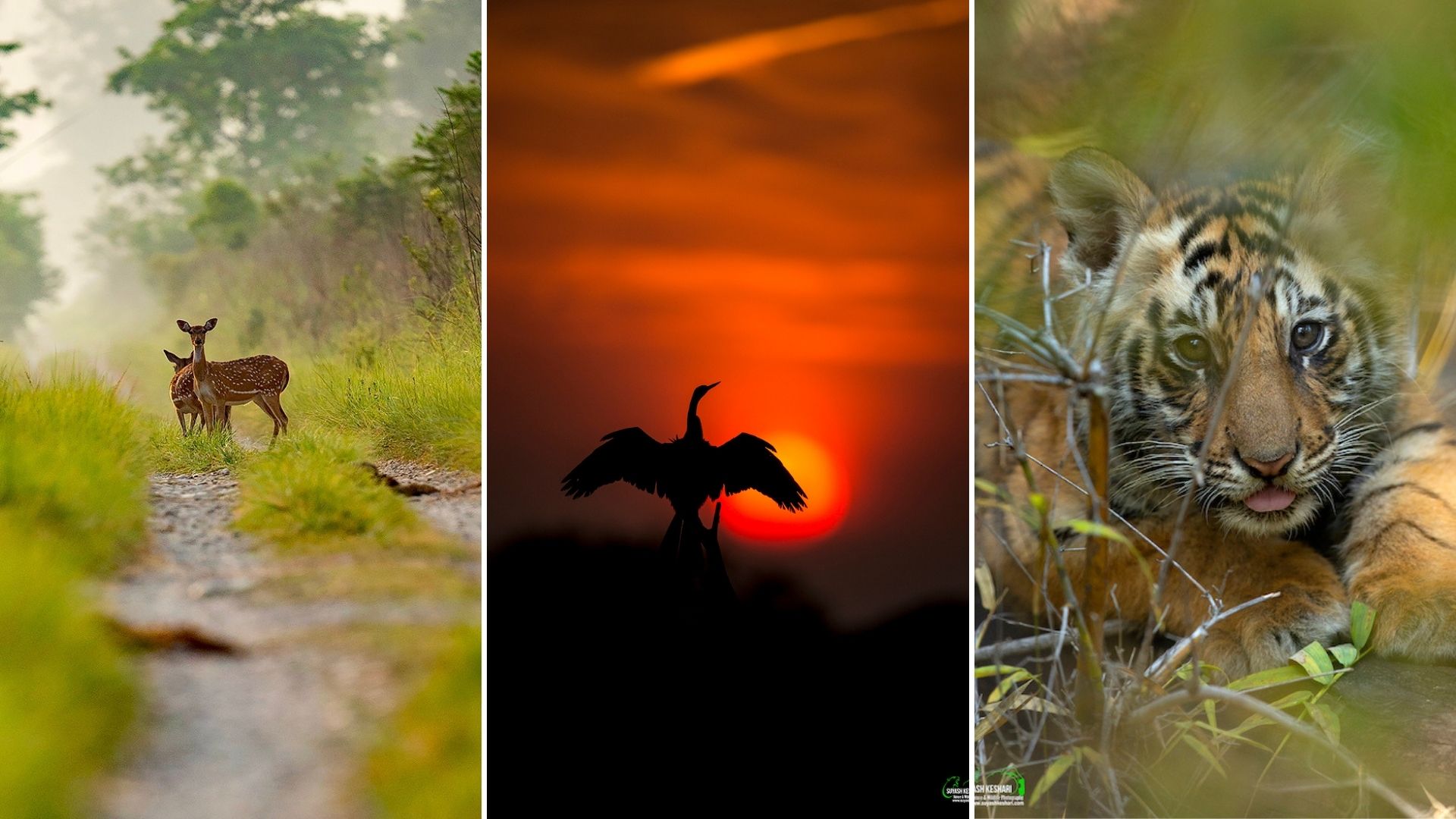 Conservation is actually very tricky. There’s no single answer which fits all and there are too many parties involved. What really needs to happen in India is, we need to stop our over-dependence on government reinforcement and citizens need to take charge. Every citizen needs to understand that it has to be a combined effort between the government, citizens, media, and businesses for long-term conservation to be successful and we’re only seeing that in very few places in India at the moment.

Learn more about Suyash and his work on  Suyashkeshari.com