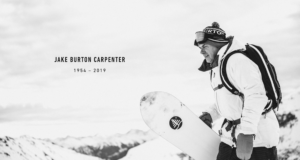 Jake Burton Carpenter, a pioneer in the snowboarding industry, who alchemized a fringe fad into an Olympic sport, has died due to complications from cancer. The world has started to pay tribute.

Jake Burton Carpenter, the founder of Burton Snowboards, has died at age 65 as a result of complications from recurring cancer, according to a statement by the company.

Working out of a borrowed barn in Londonderry, Vermont, Burton pioneered the snowboarding industry in 1977. 20 years later, snowboarding became recognized as an Olympic sport in the 1998 Winter Games in Nagano, Japan. Although he had no manufacturing experience, Burton was inspired to bring his innovative ideas into production by his experience as a teenager with a “snurfer,” a plank-like board with a curved tip and a rope to hold on to. He developed a binding system to attach riders to their boards and offer more control than a rope. Although his boards were initially outlawed at ski resorts throughout the country, Burton persisted through countless rejection to turn a fringe fad into an indelible winter pastime and powerhouse Olympic sport. Burton’s boards resonated with the youth culture by representing a rebellious, anti-establishment sentiment and lifestyle. Snowboarding changed from an unwanted sport that was deemed too unsafe to share the slopes with skiers into the mainstream, thanks to Burton.

The company (more like a three-man team) only sold 300 boards in the first year; however, Burton’s perseverance, innovative spirit, and passion for snowboarding transformed his nascent company into a billion-dollar industry.

Reaction From Around The World.

The world of snowboarding, and the wider outdoor industry has begun to respond to the hashtag created by Burton #RideOnJake. A selected few can be seen below.

🙌🏼 YA JAKE! Thanks for everything you did and all of the people you supported, both directly and indirectly! I’m grateful to be a snowboarder and you played such a major role in helping blaze a trail that allows me to live the life I will never take for granted. Cheers to you, Fine Sir… I know your in a more comfortable place now. My heart goes out to the global family you leave behind. No doubt, see you in the forest this winter🤘🏽…

The first time I stepped on a snowboard in 1982 it was a Burton and most likely shaped by Jake himself. The first time I rode a chairlift was 1987 in Vermont and most likely Jake was behind making that happen in one way or another. The last few years I had gotten to know Jake personally through his wife @donnacarpenter who is on the board of @protectourwinters . We hit it off right away and always had the best conversations. I am so grateful I got to know Jake personally and see his stoke and passion for snowboarding first hand. I know I am not alone when I say his work changed my life. It is sad to see him go, but it was a life well lived. Thoughts and prayers to his family. Tomorrow afternoon the @jonessnowboards staff will celebrate his life by going snowboarding. If you are in the area come join the celebration at Alpine Meadows, 2pm. #rideonjake @jakeburton77

My heart goes out to Donna and the entire Burton family on Jake’s passing. He’s the father of snowboarding, an incredible man and I’m honored to call him my friend… Words cannot capture how grateful I am to Jake. He’s been such an instrumental figure in my life and career. He believed in me at a very early age, and put so much of himself along with the Burton brand behind me. Jake supported me in every way possible. We shared a lot of incredible moments, but one moment at the last winter Olympics meant the world to me … Jake embraced me and told me how proud he was of me and my career, and I’ll never forget that. I will do what I can to help carry his legacy forward. Jake helped pave the way for snowboarders across the world to pursue their dreams, and his impact on snowboarding will live on in all of us. Ride on Jake 🙏🏻❤️#snowboarding

Thank you Jake 🙏💜 I am just one of millions, who’s lives were changed by your vision and your passion. My heart is with your family and shred community. May the mountains, snow and gravity continue to guide the way. Shred on Jake. ❤️

My statement on the passing of Jake Burton Carpenter. #RideonJake pic.twitter.com/M3NGujt7ph

It’s with great sadness as we all mourn the loss of snowboard pioneer, Jake Burton Carpenter. Thank you for all that you’ve done for our athletes and for shaping the sport of snowboarding into what it is today. Your legacy will live on forever! #RideonJake pic.twitter.com/DRLQlymBTG

Our X Games family would like to send our heartfelt condolences to Jake Burton Carpenter’s family, the Burton Snowboards family & everyone in the action sports community that has been impacted by Jake’s legacy. Jake will forever be in our hearts.

Without Jake Burton snowboarding would not be what it is today, for that we will be forever grateful.

Our thoughts and condolences go out to Jake’s family and friends.#rideonjake pic.twitter.com/f0uNKvQ04g

The cover photo is taken from the Burton.com homepage on the day of Jake’s death.