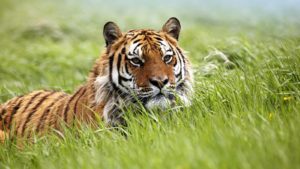 Dealing with Humans, for a Love of Tigers

For the first woman to earn a doctorate on tigers in India, while overcoming institutionalized sexism, it was a cruel journey.

Today, Dr. Latika Nath is recognized as the first Indian woman to hold a doctorate in tiger conservation.  Back in the seventies, in the beginning, it wasn’t that easy for her. Being the daughter of one of the founders of the Wildlife Institute of India proved to be both an advantage and a disadvantage. She was deliberately put under immense scrutiny and had to consistently fight the cruelty of the Indian male ego. After realizing that she may not be able to deal with centuries of bloated egos and sexist perceptions all by herself, Dr. Nath decided to pick another battle. She went to the University of Oxford to do guided research under Prof David MacDonald, an acclaimed carnivore biologist. Her important questions, previously shunned by Indian researchers, were appreciated by the professor. That’s when Dr. Nath’s career in wildlife biology really took off.

“However, the “wildlife” of the academic circles was a shock to my sensibilities.”

Dr. Nath spent initial years in India, when she frequented diverse natural terrains with her family. After studying in the U.K. for eleven years, she returned to New Delhi in 2015 to focus entirely on tiger conservation and restoration of local tribal communities in India.

In an exclusive interview, we spoke to Dr. Latika Nath about why she stuck around in the field of wildlife biology, how she was able to overcome institutional sexism, and what tiger conservation means to her.

Proving Competence as an Indian Woman in Wildlife Biology

TOJ: What kind of excitement and challenges did you face as a beginner? Can you reflect on those intense moments and how such experiences shaped your perspective?

Dr. Latika Nath: As a beginner, the first challenge was to prove my ability to my peers. Being the daughter of one of the founders of the Wildlife Institute of India, I was under twice the amount of scrutiny and received double the criticism. It was a tough fight all the way. It didn’t help that I had never lived away from home, had never faced tough field conditions and that I looked like a delicate city girl.

“From the time I entered the field, several male colleagues and male conservationists have gone out of the way to discredit me and my work.”

Wildlife moments were not new to me since I had been spending time in wilderness areas all my life. However, the “wildlife” of the academic circles was a shock to my sensibilities. From experiencing heartbreak when my work was published and credited to someone else, to facing the beginning of what was going to be a lifetime of antagonism from people who were outraged that I dared to question scientific methodology, techniques and statistics, and stand up to men who told me that since they were “Rajput Men” their word was written in stone and therefore not to be questioned – it was a cruel journey.

I chose to move to work under the guidance of Prof David MacDonald, one of the most acclaimed carnivore biologists in the world at the University of Oxford and to leave the convoluted world of Indian male egos and jealousy of Indian academia behind. This decision made it possible for me to complete a doctorate on tiger conservation.

Oxford is a place where people are judged purely on the basis of their work quality. Academic excellence is promoted, and resources made available to ensure that research is at the cutting edge. This was so different to India and such a welcome change.

TOJ: Being the first woman to hold a doctorate on tigers in India is a big achievement. It must have been a huge challenge too. What kind of obstacles did you face on the way to recognition and what motivated you to keep going in the face of hard times? In times of trouble and self-doubt, what or who did you resort to?

Dr. Latika Nath: Most people base their estimation of my ability on my physical appearance or my family background which bely my ability to work through the toughest and most extreme conditions in the field and does not show my infinite patience and persistence while doing research and photography. From the time I entered the field, several male colleagues and male conservationists have gone out of the way to discredit me and my work. People have published my work as their own, written to my University Professors and even used influence to ensure that I don’t get assignments or work.

My parents have always supported me in every way. They are my strength and my support. In times of need, I have also looked within myself to find the strength to fight on, avoid direct conflict and use my work to prove my worth.

The Reality and Rewards of Wildlife Conservation in India

TOJ: What made you feel that you could focus on tiger conservation and research in a male- dominated environment? How was the struggle in the last 25 years? Can you describe your energy, anticipation, fear, and finally achievement during this pursuit? In what ways do you think the field has evolved in India?

Dr. Latika Nath: I never thought about working on tiger conservation as entering a male dominated environment. It was what I wanted to do, and I has always learnt that if you want to do something you just go ahead and do it. You need to work hard, give your best and stay focused. It was not about proving anything to anyone but simply doing what I loved and wanted.

“It is a job for people with passion and a commitment to nature conservation.”

The challenge for me has been more about staying true to my commitment and finding ways to continue to work in the field despite people wanting to thwart my attempts at joining things like the IUCN Cat Specialist Group where I was asked to withdraw my application quietly as ‘guru dakshina’ to someone who was associated with my PhD research, or being told that I had been black listed in the final interviews for an international job position because some phone calls had been made. This was tough to deal with especially since I had done nothing to deserve this and was being targeted just because I had refused to blindly follow all directions in connection to the research work I was doing.

The reality in tiger conservation politics has not changed much in the past 25 years. The people who are working today and dominating the scene are still the same and just a handful of new people have entered the field. There is still little cooperation between various stakeholders, and suspicion and animosity between the Forest Services and the tourism community. Wildlife biologists seem to be an appendage that is sometimes useful and sometimes to be ignored.

TOJ: What inspired you to work with tribal communities in the buffer zone of Kanha Tiger Reserve and the Forest Department of the Government of India? What kind of challenges did you face during that journey, and how did you overcome them? What about working with the Singinawa Foundation?

Dr. Latika Nath: I wanted to opt out of academic research on tigers as it was becoming impossible to work in the field as an independent entity and political pressures seemed to be increasing constantly. I also realized that while a lot of research and conservation work was being focused on the tiger reserves themselves, little work was being done on the areas surrounding the tiger reserves which acted as a sink for the dispersing tiger populations from the parks. This made me take the decision to focus on the local communities, corridors and buffer areas of the Park.

I founded the Singinawa Foundation as the Madhya Pradesh branch of the NGO my father had called AHEAD. The foundation had only one person in it – me, and 100% of all funds received were used for the project they had been assigned for. I made waterholes for the Park; helped the purchase of five 4×4 bolero campers for the Park; created a computer school for the children; held a festival called “Trees in their lives” focusing on the tribal communities of Kanha; held science competitions for the school; took children into the park; held health camps; cleaning drives for removing garbage from the area between Singinawa and the Park gate at Mukki; worked on alternate energy; focused on minimizing plastic use; etc

The Pursuit of “Ikigai”

TOJ: Do you have some words of encouragement for women who aspire to pursue wildlife biology in India? Are there certain realities they should keep in mind while chasing this dream?

Dr. Latika Nath: For women aspiring to pursue a career in wildlife biology in India, it is important to understand that there will be many moments in their life when they will have to choose between a traditional home life and working in the field. Like all women in careers which involve travel, they will have to learn to balance both these aspects of their lives.

It is also important to remember that these are not incredibly well-paying jobs especially at the beginning of the career, however, the places you work in and the species you work with are a privilege that only a few have. It is a job for people with passion and a commitment to nature conservation.

TOJ: Fundamentally speaking, what personal values and philosophies are at the core of your success as a woman biologist in India?

Dr. Latika Nath: I love what I do. I have found my “ikigai”. My work is my passion and gives me great satisfaction. Life has taught me that there are good times and bad; that there are good people and bad; that there is success and failure; highs and lows. This is a part of life. And if you love what you do, then you take all this in your stride. You do your best and success follows. And there is always something to look forward to – that next meeting with a tiger!