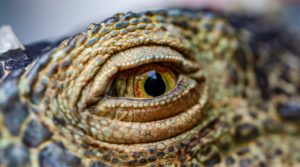 Plastic-Free and Carbon-Neutral; Can Costa Rica Keep its Promises?

Costa Rica’s commitment to reach carbon neutrality and eliminate single-use plastics by 2021 is either a global inspiration or a cosmic delusion.

Costa Rica has made two gargantuan promises. The Costa Rican government has pledged to rid the country of single-use plastics and transform its infrastructure to carbon-neutral status, both by 2021. These commitments are interlinked, as carbon – typically oil – is the main ingredient used to process plastic.

Costa Rica’s population is composed of less than 5 million people; however, it is a world leader in renewable energy sources, including hydropower, geothermal, wind, solar and volcanoes. Over the past four years, the country as a whole has operated 100% on sustainable and renewable energy, with no use of coal, oil or natural gas, for a total of 300 days (with 75 days straight days in 2015 and 76 straight days in 2016).

Costa Rica’s new president, 38-year-old former journalist Carlos Alvarado, recently announced a plan to make his country the first carbon-neutral nation in the world by 2021. That year marks the 200th anniversary of the country’s independence from Spanish colonial rule which began with Christopher Columbus’s landing in 1502.

In addition to basing all electricity generation on renewable resources, which gives Costa Rica one of the lowest ratios of greenhouse gas emissions to electrical consumption on the planet, the biggest challenge in the way of fully decarbonizing by 2021 is to eliminate fossil fuels from the transportation sector.

According to the country’s National Meteorological Institute, 64% of Costa Rica’s emissions come from energy use, more than two thirds of which comes from transportation, and the country’s rapidly expanding private transportation sector remains largely petrol-dependent.

While a total elimination of fossil fuels by 2021 is unrealistic, one goal of carbon neutrality aims to offset the use of coal, oil, and gasoline combustion by a corresponding reduction of greenhouse gas emissions elsewhere, such as reforestation. Forest density has doubled in Costa Rica since 1984, from 26% to 52% this year.

But, in order for Costa Rica to reach its zero-emissions goal, it must dramatically initiate policies to promote the use of renewables in transportation, both in public and private sectors, such as offering tax incentives for its private corporations and citizens to purchase electric vehicles.

Read next on TOJ: Three Things Everyone Can Do to Fight Climate Change Right Now

With Costa Rica leading the way in promising a carbon-neutral future, several other countries within Latin American and the Carribbean, as well as European countries like The Netherlands and Germany, are following suit by setting their own carbon neutral goals as well. Perhaps an ambitious, inspirational goal can be more influential than a readily obtainable one.

THE PROMISE TO BAN PLASTICS

The ocean fills up with 8 million tons of plastic every year and many experts predict that by 2050, there will be more plastic in the ocean than fish.

Costa Rica is home to 6% of the world’s biodiversity in only 20,000 square miles. Considering the geography of Costa Rica, with many important rivers that connect the Pacific Ocean to the Caribbean Sea, the country is an ecological linchpin. The Tárcoles River, which drains approximately 67% of Costa Rica’s untreated organic and industrial waste, is the most contaminated river in Central America, precipitating a deleterious impact on human health.

“A plastic bag takes a thousand years to decompose.”

The Costa Rican government, led by President Quesada, has made progressive environmental decisions to close zoos, end oil drilling, reverse deforestation, and designate one-quarter of the country as protected areas. Costa Rica’s Ministries of Health and Environment and Energy, the United Nations Development Programme, and local governments are coordinating to institute a comprehensive national to strategy eliminate single-use plastic by the year 2021.

Plastic bags, bottles and straws are only used for a few moments but take hundreds of years to decompose. A single plastic bottle can take more than 450 years to decompose, while a plastic bag can take more than a thousand years. Large plastic debris chokes and entangles wildlife, and further, small particles of plastic are ingested by marine life, thus entering the food chain for human consumption. Costa Rica’s new national strategy is to replace these unnatural plastics with renewable materials that can biodegrade within six months.

Single-use plastics have a huge impact on the Costa Rican economy because tourism contributes over 6% of the country’s GDP. If the beaches become filled with plastic waste, people will stop visiting.

In 2018, Costa Rica was the largest plastic importer in all of Central America, according to the United Nations Development Program. An estimated 550 tons of plastic are dumped daily in Costa Rica; much of it ending up as part of the Costa Rican landscape, polluting rivers, lakes, and beaches.

Transforming Costa Rica into a plastic-free zone is a national strategy that will rely on voluntary action across national industries as well as at the community level.

Public institutions like hospitals and the Ministries of Education, Justice, and Social Security will stop purchasing single-use plastics, but the question remains whether these practices will trickle down to the individual consumer.

The country will also need alternative biodegradable products, incentives to comply with policies, and punishments for bad actors. The country of Ireland proved that a 15-cent tax per plastic bag can drop consumption by 90%. But, as of right now, there are no laws in Costa Rica to establish a tax or create prohibitions for the use of plastic.

Admirably, Costa Rica is moving towards a plastic-free and carbon-neutral future despite undeniable corporate pressures, the same ones that control United States policy through tainted lobbying practices.

“US leaders manipulate voters through media spin and semantics.”

In contrast to Costa Rica’s noble commitments, the United States leadership continually enacts policies that fly in the face of public interest by manipulating voters through media spin and semantics (i.e. popularizing the term “The Death tax” for the estate taxation of the wealthiest 0.2% of the population, or “Death Panels” for advance directives health care counseling). In this case, Trump has taken the strategy of utter denial, labeling climate change as the “Greatest hoax” perpetrated by the Chinese.

Read next on TOJ: A Buried Report; Trump Refuses to Believe it

In 2017, President Trump announced that the U.S. would cease all participation in the 2015 Paris Agreement on climate change mitigation, an agreement by over 200 countries to reduce greenhouse gas emissions, based on the rationale that “The Paris accord will undermine (the U.S.) economy,” and “put (the U.S.) at a permanent disadvantage.”

According to the Clean Air Council, only one-quarter of 1% of the more than 7 billion pounds of discarded polyvinyl chloride (PVC) is recycled each year in the U.S. This degradation of the planet will continue so long as US policy is predicated on the belief that the engine of economic growth is the use of fossil fuels.

The Costa Rican government amended its constitution in 1994 to include each citizen’s right to a healthy environment, one that is free of contamination. In fact, more than half of the world’s countries have some degree of a guaranteed, specific right to public health and medical care for their citizens written into their national constitutions. The United States is one of only 86 countries that still does not. US leaders have disregarded their citizens’ inalienable right to a clean environment, as well as the economic interests in a clean, sustainable, and domestic supply of electricity.

Read next on TOJ: In the US, a lawsuit against the federal government could galvanize climate change policy.

IN THE FINAL ANALYSIS

Costa Rica is considered a world leader in wildlife conservation and ecotourism. But, if Costa Rica is to become the first country to achieve carbon-neutrality on such an abridged timeline – replacing or offsetting fossil fuels with renewable resources – it will need to reconcile its growing private transportation sector’s dependence on oil. Converting all cars to electric power before the bicentennial of the nation’s independence seems resoundingly unrealistic. Therefore, carbon-offsetting must ramp up at scale.

Furthermore, for Costa Rica to eradicate all single-use plastics by 2021, it will need to speed up the production of packaging alternatives that are 100% recyclable or biodegradable, not petroleum based.

Both the plastic-free promise and the carbon neutral commitment represent a cultural paradigm shift. New, affordable alternatives must be made pervasive and accessible. Consumer habits must adapt. New inclinations towards re-use and new innovations built on re-designs must emerge.

These evolving policies spark an opportunity for companies to disrupt the consumer marketplace by introducing eco-friendly products and packaging, as well as renewable energy repurposing processes. If Costa Rica lives up to these promises, it will prove that the engine of a country’s economy does not need to come at the cost of its peoples’ health.