Protect Our Winters: Leading the Outdoor Industry in Political Push

In 2018, pro snowboarder and Colorado native Jake Black traveled to Chamonix and witnessed the recession of the Mer de Glace. For over a century, France’s “Sea of Ice” has chronicled the perseverent march of climate change; since 1850, the glacial snout has retreated by two kilometers. An iconic cable-car brings passengers from Chamonix to the foot of the ice flow—at least it did in 1988, when the platform was constructed. Today, visitors must disembark the platform and descend over 350 metal stairs to reach the ice due to its greatly reduced volume. By 2040, glaciologists predict that the Mer de Glace’s outflow will have recessed so far upvalley that the cable car platform will deposit riders at the start of what may be a 1.2km hike to the ice.

The recession of the Mer de Glace is starkly visible—in Colorado, where Black was born and resides, the impacts of climate change can be less obvious. The state’s landlocked location may provide a measure of insulation from the impacts of climate change compared to maritime locales like the Pacific Northwest. But continentality alone won’t protect the Centennial State from climate shocks. According to research at the University of Colorado Boulder, the West has endured the largest increase in average daytime temperatures anywhere in the United States. At the same time, higher temperatures, earlier spring snowmelt and increased summer drought, has caused the the snowpack to atrophy. Consequently, the snowsports industry will feel the heat as warming temperatures deprave snowpack totals and truncate the winter season. Skiing, Colorado’s second-largest industry, is beholden to our treatment of the climate.

Black is a spokesman and activist for Boulder-based Protect our Winters (POW), a 501c(3) non-profit founded by pro snowboarder Jeremy Jones in 2007. Catalyzed by his experiences in the world’s most magnificent mountain ranges, Jones launched POW to advocate for the climate that enabled his snowboarding career. He understood that in no sport is the symbiosis between man and environment quite as pervasive as skiing. Accordingly, Protect Our Winters has espoused progressive climate policy in Colorado since its founding. Part of their stratagem is building a base of informed citizens through educational seminars like the “Hot Planet/Cool Athletes” elementary school program. While individual consumer actions like swapping old light bulbs for LEDs and taking shorter showers are commendable, to “make America deep again” as the group’s eprigram demands, climate change must be addressed in sweeping top-down legislature.

POW is reaching for such systemic change. Through an offshoot known as the Action Fund with 501c(4) status, the group has legal leeway to lobby Washington’s politicians. During the 2018 Midterms, POW Action Fund published a voter guidebook with climate-friendly focus. By partnering with keystone corporations like REI, Patagonia, and The North Face, POW leverages the outdoor industry’s might in support of progressive climate policy.

Their latest campaign in Colorado is a triple whammy focused on efforts to clean up the state’s energy grid, regulate methane emissions, and facilitate the adoption of low and zero-emission vehicles. They’ve been an outspoken promoter of House Bill 19-1261 (HB 1261). HB 1261, officially the “Climate Action Plan to Reduce Pollution”, was introduced by the Energy & Environment House committee in late March in the doldrums of federal climate policy. According to Black, the bill would promulgate a statewide reduction in carbon emissions by 90% by 2050 compared to 2005 levels. Serendipitously, as of Earth Day, the bill passed the first round of bureaucratic scrutiny in the Senate and awaits another round in the House before landing on the desk of climate-friendly Governor Polis. The proposed regulations are in keeping with Polis’s campaign promise to power Colorado with 100% renewable energy by 2040. 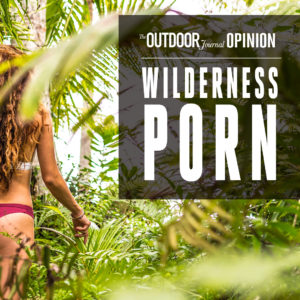 In Colorado, politics and business have united in a rare coalition of climate action; coterminous with HB 1261’s introduction, Xcel Energy has pledged to reduce carbon emissions by 80% by 2030 compared to 2005 levels and move to 100% carbon-free electricity generation by 2050. Last year, the energy titan rolled out its Colorado Energy Plan, which divulges intent to shutter two coal-fired power plants and invest $2.5 billion in wind and solar projects.

POW’s partnership with legendary Colorado ski resort Arapahoe Basin is another merger with paradigm-shifting potential. “A Bay” representative Mike Nathan explains the sustainable ethos of the resort, which has been in operation since 1946. On-site, enrollment in the aforementioned Xcel Energy’s Renewable Connect program enabled the resort to power all of its snowmakers and a portion of its chairlifts with solar. Off-site, Nathan says, the resort is raising its voice. “We engage in numerous direct advocacy efforts, including letters and phone calls of support to elected officials supporting strong climate policy at the state and national levels. We’ve also provided in-person testimony at a number of hearings and records of decision here in Colorado supporting things like increased zero-emission vehicle standards, cleaner power at the utility scale, and public lands conservation measures,” he attests. They have also co-hosted climate science panels with POW. Evidence of the union adorns Arapahoe Basin employee uniforms; when it comes to climate advocacy, exponents literally wear their hearts on their sleeves.

At the Colorado state level, climate action gets two green thumbs up, but national climate policy has regressed in the Trump Era. While the outdoor industry trumpets its formidable GDP—almost $900 billion—it has been hesitant to throw its weight around in politics. By contrast, the oil and gas industry, among others, have allocated significant sums to lobby politicians. Figures reported by the Senate Office of Public Records show an aggregate $124 million spent by oil and gas entities in 2018 alone, while the Outdoor Industry Association (OIA), outdoor recreation’s political mouthpiece, spent just $320,000 in the same period. POW’s Action Fund mobilized $70,000 in 2018 federal elections. The majority of their efforts were spent in opposition to Republican Tim McClintock, who was ultimately reelected to represent California’s 4th congressional district.

McClintock’s reelection underscores the financial gamble of lobbying; POW Action Fund invested heavily on a failed effort. There are other ways to be a political player. Self-proclaimed “activist company” Patagonia has avoided the pitfalls of lobbying by instead awarding grants to grassroots groups and pressuring legislators to protect public lands. The retail brand’s bold political strategy is paying off; Patagonia raked in more than a $1 billion in revenue last year. Their deliberately publicized actions are effective because the retailer is highly visible to its consumers. By contrast, oil and gas companies are a black box to those who purchase their product. Big Oil’s formlessness is reflected in their primary political strategy of lobbying, an opaque process. Still, Protect Our Winters knows that the outdoor industry needs a financial foot behind-the-scenes in Washington to supplement the brazen political battles.

POW is leading the charge, but if the outdoor industry wants to make good on sustainability promises and engender federal action on climate, it must propel a convincing portion of the oft-touted $900 billion towards Capitol Hill.