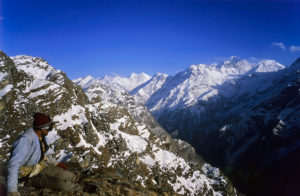 India's adventure tourism leaders are fighting back against the High Court's blanket ban on alpine trekking in the Uttarakhand.

Over the course of September, we’ve reported a first-hand account of the environmental and human affliction brought on by mass trekking in India, as well as an analysis of the High Court’s overbroad, knee-jerk ban of trekking in the Uttarakhand region.

In the aftermath of the High Court’s judgment, which threatens thousands of livelihoods, the adventure tourism industry is up-in-arms at the blanket ban on trekking in alpine meadows within the Uttarakhand. Several industry leaders, along with the Adventure Tour Operators Association of India (“ATOAI”), are crying out for a repeal of the ban.

VICTIM TO THE NUMBERS GAME

Mandip Singh Soin, Founder and Managing Director of Ibex Expeditions, was one of the first adventure travel experts to launch a company in India in 1979. He was drawn to the Indian Himalaya for their “pristine valleys and unclimbed mountains, all shrouded in Hindu mythology.” When contacted by The Outdoor Journal to comment on the Uttarakhand ban, Mandip shared that over the last decades, he has noticed an upsurge of adventure travel. The result – some companies have “started pandering to the Numbers game and also price wars which can never leave enough resources for environmental clean ups and also compromise safety issues.” According to Mandip, the blanket ban lacks the specificity of an adequate solution.

“The Ruling of the court is typically something that tends to happen when faced with a crisis. It’s easier to place a Ban and give immediate relief to the aggrieved persons rather than spend the time and effort in understanding the ramifications and undertaking a targeted therapy!” Local service providers such as trek operators, cooks, porters and guides are left without work.

Rather than eliminating the few culpable trekking companies that contribute most of the mass trekking harm, the ban puts the kibosh on all adventure travel companies. “What we are now seeing is [an] alarm call to the Trekking industry wherein due to the actions of a few rotten apples, the whole basket may not be considered worthy of serving, at least in the State of Uttarakhand.”

“These trekking routes and bugyals have formed the backbone of the local economy for generations.”

Real, targeted solutions are needed with safety guidelines that clearly identify bad actors. For example, eliminating fixed camps on alpine meadows, limiting carrying loads, reducing group sizes, educating trekkers on how to manage waste, ensuring that all local operators are registered and certified and penalising commercial trekking companies if they violate these standards. According to Mandip, “in the larger picture [the ban] will allow for all trekking operators to be properly registered with the governments and their rules will not be diluted at the state level as compared to regulations for the adventure operators certification by the central government.”

THE HORRORS OF COMMERCIAL TREKKING

Harish Kapadia, adventure expert, writer and editor of the Himalayan Journal, recognizes that something must be done to curb the environmental damage caused by commercial trekking. When asked to comment, Harish shared his outrage: “The news and pictures of degradation of grassland is shocking and if something drastic is not done, not many pristine areas will be available to trekkers. Photographs of mass camping, hundreds lining up on trail and garbage are horrifying and they are just tip of an iceberg.”

But Harish notes that the undefined nature of the ban will unnecessarily cut off access to many areas. “The court ruling stops camping on all Bugiyals (grazing grounds), but does not define ‘what is a bugiyal’. Almost any open grassland can be termed as such. As most trails are more than a day treks, this will rule out many trails.” 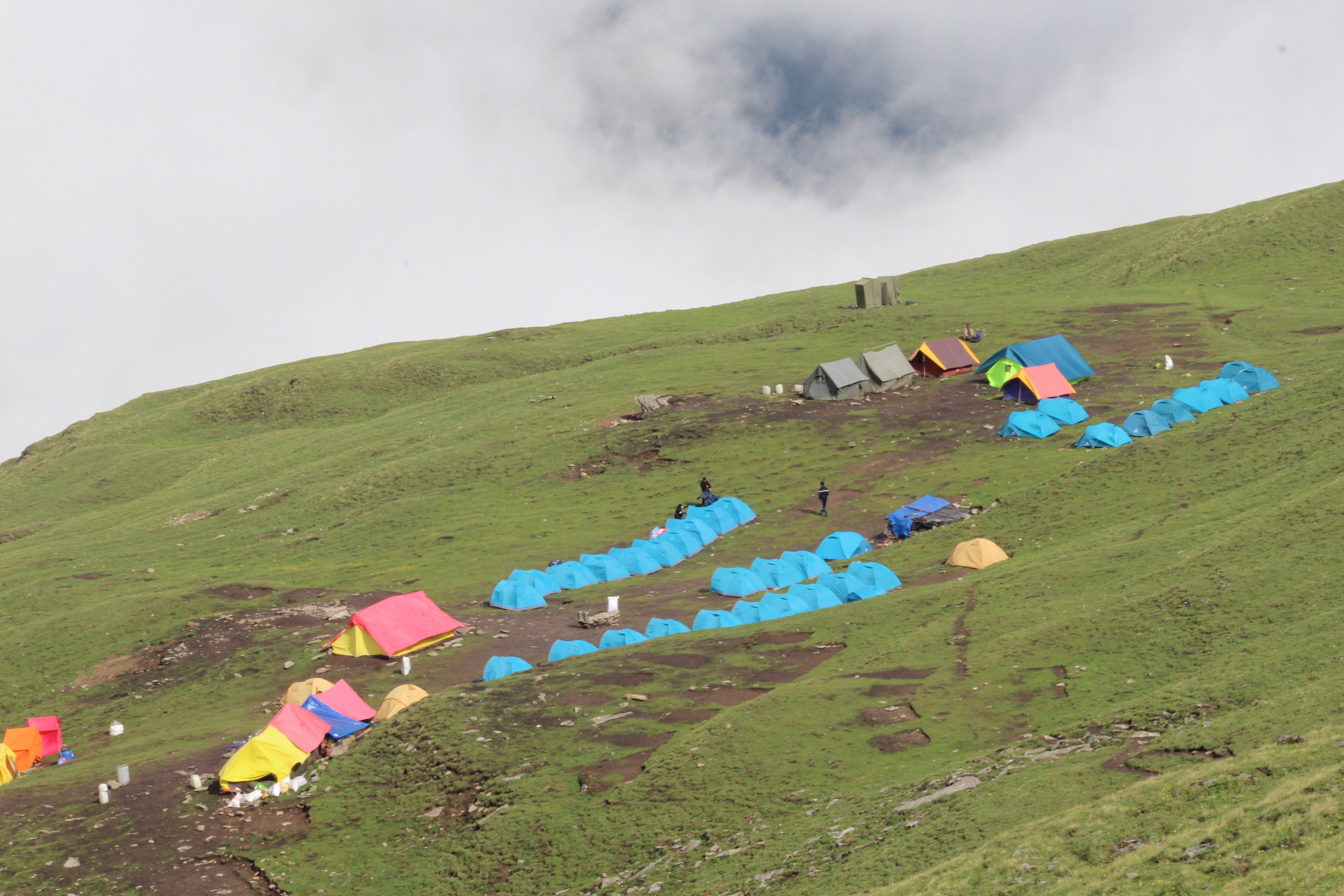 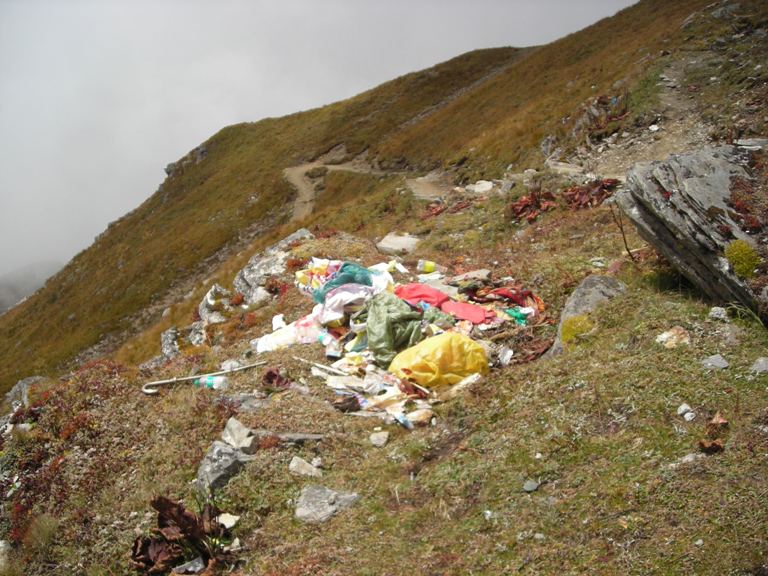 “The livelihoods of thousands must not be compromised due to the folly of a few.”

In a press release from New Delhi on September 6th, the ATOAI, which is committed to promoting responsible and sustainable tourism, points out that the Court’s judgments lack foundation. “These are not backed by data, scientific research, or instituted studies to determine the impact, benefit or damages; which would lead to a measured debate before reaching a conclusive decision.” And because no mountain in the Uttarakhand can be climbed without camping in a bugyal, this ban puts a complete halt to the sport of mountaineering in the state.

The ATOAI’s leading members shared their views in a recent press release – excerpts below.

Swadesh Kumar, ATOAI President said, “We support penalising rampant defaulters, however, the livelihoods of thousands must not be compromised due to the folly of a few.”

Vaibhav Kala, from Aquaterra Adventures calls for operators to focus on the small details, rather than trying to expand as large as possible. “The outdoors is not about making your company a multinational corporation. It is more about Back to Basics, to how it’s always supposed to be done. Safe, Small and Sustainable.”

Akshay Kumar, ATOAI’s former President, said, ”The need of the hour is to make sustainable policies for all adventure sports and fine defaulters. These trekking routes and bugyals have formed the backbone of the local economy for generations. We have to reinstate operations here with maximum regulation to ensure protection of our Himalaya and its treasures. The industry and state government need to join hands to ensure immediate opening of trekking activities.”

DANGERS OF CIRCUMVENTING THE BAN

According to Dr. Sunil Kainthola, Director of the Mountain Shepherds Initiative, who reached out to TOJ in response to its mass trekking coverage, the commercial trekking operations are circumventing the ban by leading trekkers on more dangerous routes. “The same online companies as mentioned in [TOJ’s] article are now offering redesigned trek itineraries some of which include an altitude gain of 1000 meters in a single day in a hypoxic mountain environment. So while the spirit of the High Court order will be honored, the lives of trekkers will be definitely at risk.”

“While the spirit of the High Court order will be honored, the lives of trekkers will be definitely at risk.”

Uttarakhand, once a community-run tourism destination, has now become a global hotspot for adventure sports. The government and judiciary are struggling to find a balance with commercial operation management. High-volume trekking tours are damaging nature, but the solution cannot be to ban all trekking activity. The High Court’s decision has proven shortsighted as it is not based on statistical data, ignores the impact on local communities that rely on tourism, and has resulted in compromising the safety of thousands of trekkers. The ATOAI is seeking to repeal the ban in court later this month. The Outdoor Journal will continue to post updates as the story unfolds.