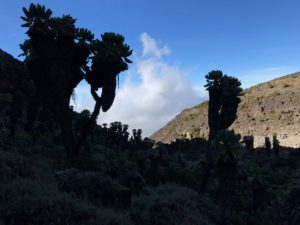 Yes, Your Traveling is Ruining our Planet. But Don’t Stop Now

On my gap year around the world, my air travel alone accounted for roughly four household emissions back home. With "travel-shaming" on the rise, why don't I feel guilty?

A few weeks ago now, I sat down at my computer and booked my flight back home to Chicago for Thanksgiving. Like most of the other 154 other passengers on my flight, I didn’t think twice about the harm I might cause our environment when I chose my seat or hit the confirm button. However, the link between air travel and climate change can no longer be ignored, and a collective consciousness is growing around the concept of “travel shaming,” most noticeably thus far in Scandinavia, which reported a 4% drop in international travel through its airports last year. (Three things everyone can do to fight climate change right now).

Despite that localized trend, according to an International Civil Aviation Organization Working Paper, published last May, international air travel will increase 3.3 times by 2045. The International Council on Clean Transportation, in September, published that in 2018 alone, 918 million metric tons of carbon was produced by commercial air operations, totaling 2.4% of global emissions. This amount has increased by 32% in just the past five years.

“The climate crisis won’t wait for us to get our acts together.”

A year ago, my surroundings looked a lot different than they do today. Right now, my life revolves around 104 urban acres. I live within walking distance from my classes, my meals, and my friends — in other words, the university is a small little world for me. But exactly a year ago, I was sleeping in a tent, having not showered for almost a week, halfway up Mt. Kilimanjaro in Tanzania.

I was beyond fortunate enough to take a gap year between graduating high school and college. Seeing an entirely blank slate in front of me, I took the year to travel and work in ways I might never again have the chance to do. Early in September of 2018, I zipped up an overflowing suitcase and left for the airport — and so began my year of trains, planes, and automobiles. During my gap year, I spent a month in Nepal traveling around the country and hiking to Everest Base Camp. From Nepal, I made my way to Tanzania to hike Kilimanjaro. After heading home for two weeks, I traveled to Whistler, Canada where I worked as a ski instructor for five months. I finished out the year for two and a half months living in Washington, D.C. working in Capitol Hill.

“I can travel and still support saving the planet.”

Simultaneously, while I traveled around, the battle between humans and our reluctance to accept the climate crisis that we’ve known about since the 1960s waged on. We’ve long known that any sort of impactful mitigation of the climate crisis must involve lowering our carbon outputs. But unnecessary consumerism and maladaptive corporate practices continue on in a state of perpetual cognitive dissonance. In my early twenties, I’m already apathetic to the fact that politicians can’t get anything done. Climate change has become swallowed up in politicized debates between polarized moral frameworks that can’t seem to reach agreement on even the most obvious consensus – that we are living in a climate crisis.

According to the EPA, households in my zip code back home in Chicago, on average, produce 10,484 pounds, or 5.242 tons of carbon each year. Over the course of my gap year, I took 15 plane rides varying in length and distance totaling between 21.27 and 23.3 metric tons. My air travel alone accounted for roughly four household emissions back home.

So why don’t I feel guilty?

For starters, I tell myself that my individual carbon output, on a global scale, creates at most a nominal impact. Had I not booked my seat on those 15 flights, the planes would have still taken off; they would have emitted just as much had I stayed home. Compared to fossil fuel corporations, my individual output is nominal. According to a 2017 Carbon Majors report, 100 companies have been the source of more than 70% of the world’s greenhouse gas emissions since 1988. A lifetime’s worth of flights would hardly count as a drop in the bucket of these large scale greenhouse gas emitters.

Okay, but what about the fact that by 2045 air travel is expected to triple? Am I not contributing to that rate which, in turn, will only produce more emissions? Might my consumption behavior patterns today aggregate to measurable harm to the environment over my lifetime? Sure, by changing consumption patterns on a large scale we might be able to influence companies to change their production patterns to more sustainable methods, but the real burden should lie on international corporations profiting off of their pollution rather than my individual choices.

Read next on TOJ: Stefanie Spear takes her own maiden voyage as a sailor to the Galapagos islands on an all-women crew to move the needle on single-use plastics.

As I reflect on my year-long journey, I could have made a more conscious effort to reduce, or even offset my contribution to the GHG emissions accumulated by those 15 flights. Many travelers today are opting for slower, more local methods of transportation instead of flights. In Nepal, I traveled from Pokhara, a city in the central region of the nation known for its lake and adventure activities, to Kathmandu, the capital, by bus. The journey via public bus, which is meant to take between five and six hours, took us over 12 grueling hours. Taking a bus certainly impacts personal carbon footprints while traveling significantly. The bus ride was an adventure in and of itself, but that being said, it’s not always practical or enjoyable. Because only so much can be discovered through the window of a bus, I’d recommend splitting up longer routes with overnight stops along the way.

Some might argue that donating to carbon mitigation projects is a responsible method to offset negative footprints caused by traveling. While many of the organizations that take these donations certainly do meaningful work, what kind of precedent are we setting for our future if we incorporate the belief that we can “buy down” our problems? Travel is already expensive and too many people are unable to see vast parts of the world for financial reasons. Making personal changes to offset climate damage feels much more impactful than plugging in credit card numbers online.

Another consideration would be the economic contribution that my travels made to the local economies of Nepal and Tanzania. (Tourism is Nepal’s leading industry). The right kind of travel can play a huge role in ensuring the success of local economies, and a healthy economy can often make better and healthier choices for our planet.

For others hoping to take a gap year in an environmentally responsible way, you could take matters into your own hands, or your own feet, so to speak. If you’re really up for a challenge, plan your travels around human-powered adventures. Instead of taking a bus or even a plane, what if you walked? I find that there is no better way to discover the world than by foot. And take this in any degree that works best– from month-long hikes to just walking across the city instead of a taxi, each step does make a difference. With your feet on the ground, eyes open to your surroundings, the chances of discovering something astonishing is limitless.

Read next on TOJ: A Trek to Prevent Iceland’s Apocalypse

Not only do sustainable choices often require giving up a level of convenience, like a cross country bus ride instead of a plane, but even beyond travel, they often include a heavy financial burden. Lifestyle changes, such as reducing your use of plastic or buying sustainable organic food can be incredibly expensive. Those with the financial ability to alter their consumption and carbon footprints, therefore, have the responsibility to do so. 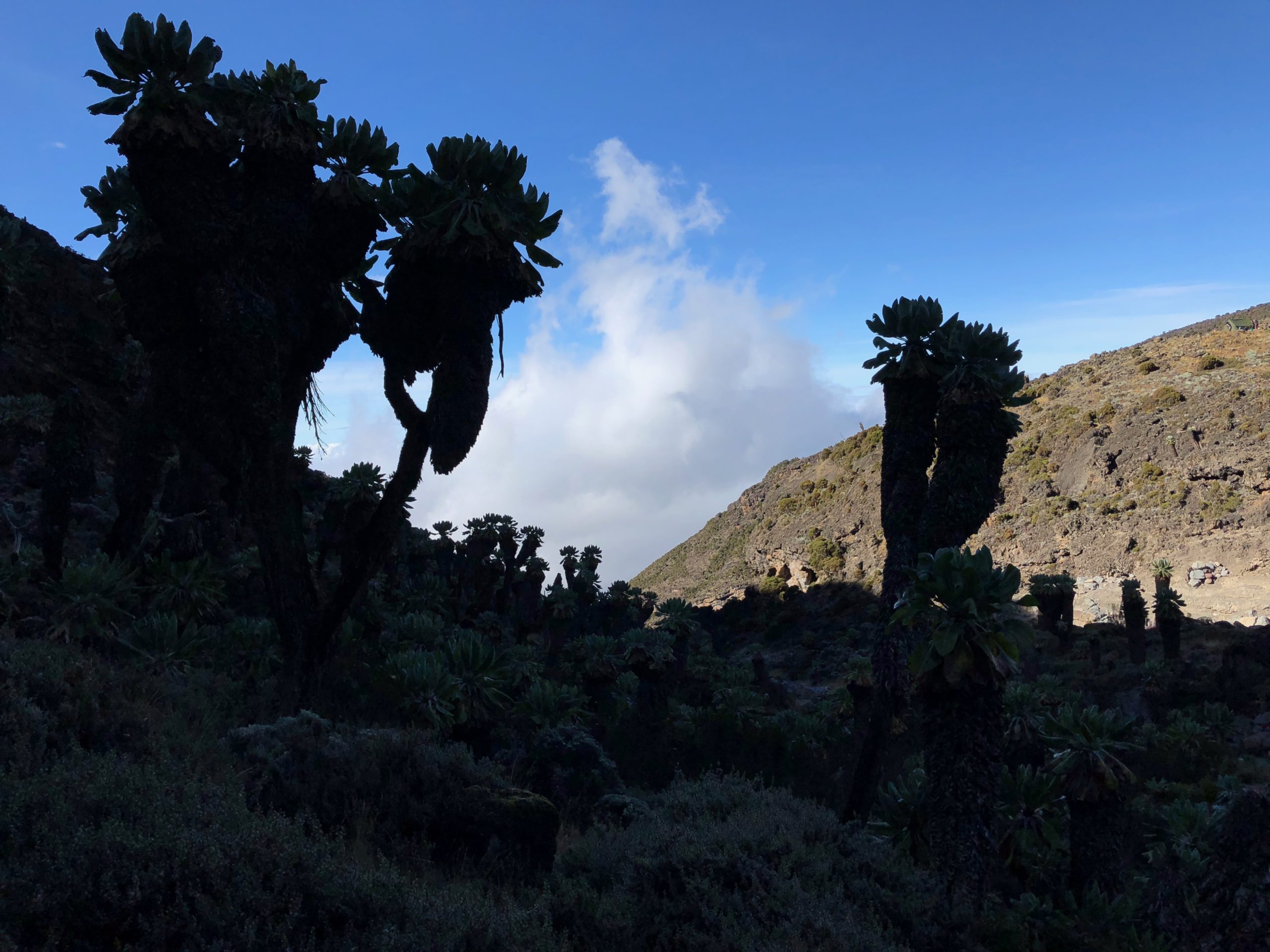 I know that I’ve learned more about the world around me and the vast number of perspectives that exist simply because I’ve had opportunities to travel both near and far from home. But I also know that, at this point, the world is changing in irreversible ways. My future children, and their children, are going to live different lives than me and perhaps carry burdens that I would not choose for them, given that I do have a choice. So how do I reconcile that?

At the end of the day, the Earth we are so fortunate to call home is a magnificent place, with wonders around every corner. There is an incredible number of beautiful nooks and crannies that are waiting to be discovered. On my moral compass, my carbon outputs from last year are not “wrong” because standing up on the peak of a mountain, or looking out an airplane window to find we were flying through the northern lights, is justified because these moments instilled a life-long wonder and appreciation for our planet. I come to a conclusion. I can simultaneously partake in travel amounting to four times the ideal individual carbon output and still support saving the planet.

Traveling is a human right in the sense that no person’s movement should be inhibited without reason by way of, say, the government. That being said, travel, especially internationally, is incredibly expensive and thus limits those who are able to do it regularly. Concerns regarding the climate should not prohibit individuals from opportunities to see the world beyond their front doorstep. From the local to international level, individuals should be encouraged to see the world so that they can effectively alter their lifestyles to save the planet we live on.

“You can’t respect the earth unless you know what it has to offer.”

You can’t respect the earth unless you know what it has to offer. Whether you’re road-tripping across the country, taking a red-eye business flight, or traveling across an ocean, take a break from worrying about making your first meeting on time to appreciate the planet we call home. Allow your mind to open up and be amazed.

When you realize what’s out there, think about what it would be like if you were the last to see it. This planet existed long before human industrialization and it will exist long after our civilization, in all likelihood, self destructs. Nature is our provider and it will outlast us all — so let’s learn to respect it.

And what comes next? When you get home from a trip and you’ve finished posting your best photos to social media, don’t sit on your couch and forget, don’t move on easily. Reconcile your damage. Get out and demand that we live in a world where anyone, including the next generations, can go discover those breathtaking corners. They’re disappearing faster than we can imagine and the climate crisis won’t wait around for us to get our acts together.

The Outdoor Journal wants to know what you think about “travel-shaming.” Please message us at editorial@outdoorjournal.com with your thoughts.