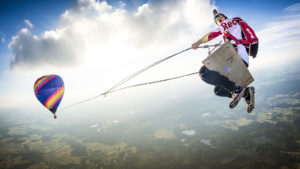 The Winners of the world’s greatest action and adventure sports imagery contest have been unveiled in the LUMEN Museum atop Plan de Corones in South Tyrol, Italy.

This article was provided to The Outdoor Journal via a press release.

The world’s greatest action and adventure photographers from every side of the world gathered at 2,275m / 7,464 ft. high in the LUMEN – Museum of Mountain Photography on November 20 to celebrate the Red Bull Illume Image Quest 2019. The Overall Winner, 11 Category Winners, and Top 60 finalist images were unveiled at the Winner Award Ceremony by the host Zoran Filicic.

Taking home the grand title of Overall Winner this year is Ben Thouard with his mind-bending underwater image of athlete Ace Buchan surfing in Teahupo’o, Tahiti, in French Polynesia. His winning image received an outstanding number of votes by the judging panel, which consisted of 50 outstanding photo editors and digital experts.

Once the big announcements concluded all the award-winning photographers had the opportunity to see their images on display, illuminated on 2mx2m lightboxes at the opening of the Red Bull Illume Exhibit Tour 2019 outside of the LUMEN. All the way from the top of the mountain, the exhibition will travel down into the magical valley of Bruneck, South Tyrol, Italy. Parallel to that, the exhibition will be held at the unique architectural work of art – Hangar-7, Salzburg, Austria.

The photos exhibited will be the Top 60 images, which will include the 11 Category Winners and the Overall Winner. The winners are:

Best of Instagram by SanDisk: Baptiste Fauchille, France, with a shot from a buddies trip with a business goal showing Alex Bibollet’s shadow in the bowl of Fillinges, France.

Creative by Skylum: Denis Klero, Russia, for his visually striking image of Paul Alekhin to celebrate the change of season in Streetfire Club, Moscow, Russia.

Emerging by Red Bull Photography: Jean-Baptiste Liautard, France, joins the big leagues with this mirrored shot of Jeremy Berthier at his trail in Bourgoin-Jallieu, France.

Energy & Overall Winner: Ben Thouard, France, shows the power of surfing with this underwater shot of Ace Buchan kicking out from the barrel through the wave in Teahupo’o, Tahiti, French Polynesia.

Innovation by Sony: Laurence Crossman-Emms, United Kingdom, takes the imagination by storm with this image of Katy Winton BMXing through a puddle at Blaenau Ffestiniog, North Wales, United Kingdom.

Masterpiece by EyeEm: Lorenz Holder, Germany, for his shot of Senad Grosic flying in the magical Game of Thrones location, The Dark Hedges, Northern Ireland. 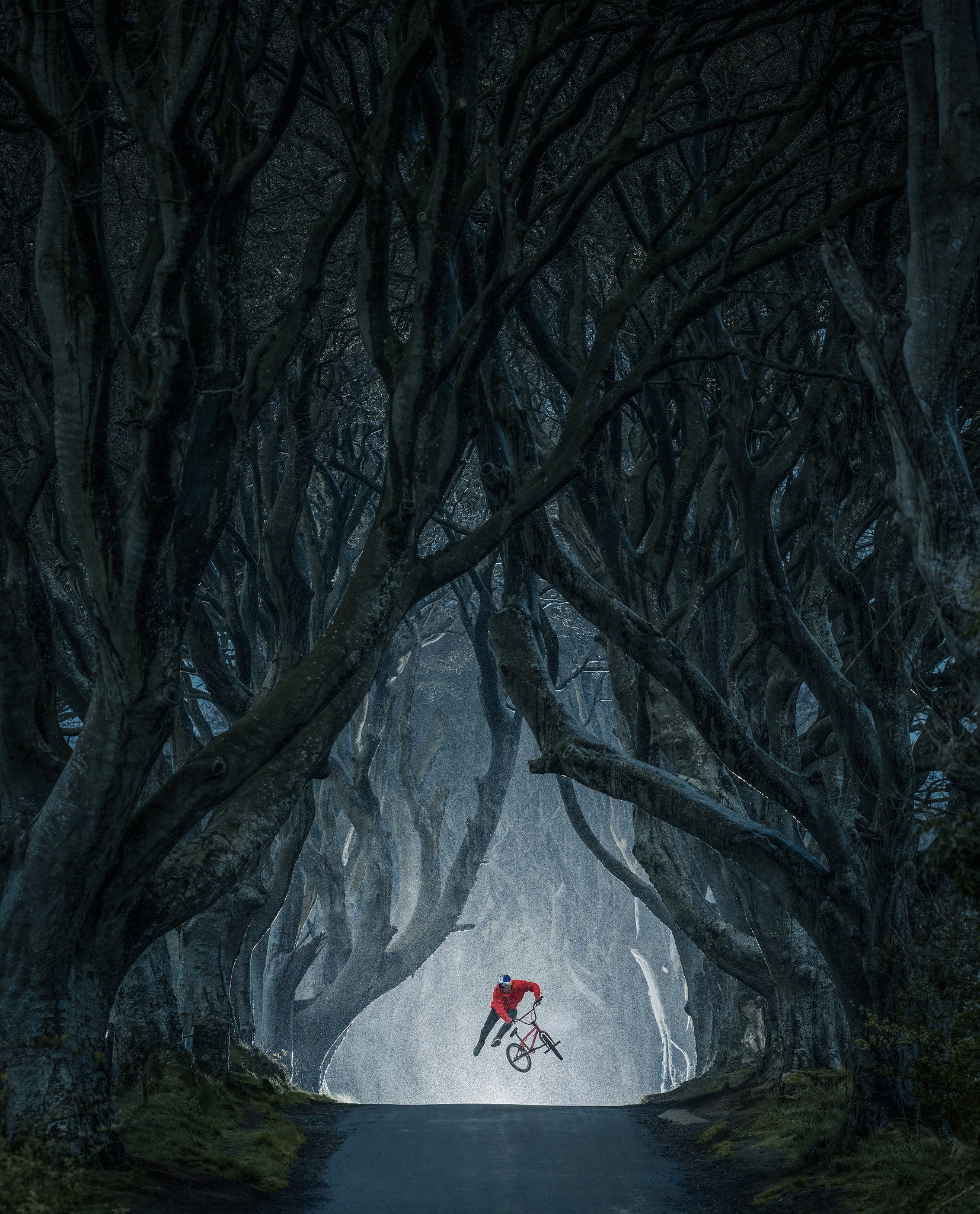 That’s not all! This year’s partners SanDisk and Salewa each had their own trophy to give away. The first-ever recipient of the SankDisk Extreme trophy is Philip Platzer, Austria. The next trophy, presented by Salewa, was for Best Mountain Sports Image which was awarded to Kamil Sustiak, Australia.

The category winners and the overall winner were not only awarded with massive trophies but also took home their share of incredible prizes including cameras from Sony, storage solution bundles from SanDisk and the complete Skylum Photo Editing suite including Luminar 4. In addition, COOPH, Salewa, Petzl and SUNNYBAG provided the winners with apparel and equipment every photographer needs.

All of these and more in one collectible hardcover book. The Limited Edition Red Bull Illume Photobook features 260 of the most unforgettable action and adventure sports image submitted to the Image Quest 2019. The Photobook is out now and there are only 4,000 copies available, each individually numbered and stamped, including a SanDisk Ultra SD Memory Card with the Moving Image Category videos and the full Luminar 4: Creative Photo Editor suite.

At the rate they were selling at the Winner Award Ceremony, we’d suggest you order your photobook on redbullillume.com/book today before they’re all sold out!