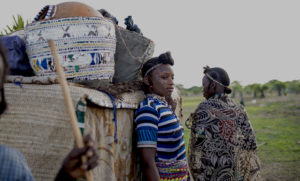 Stories From The Sahel: Lake Chad, at the Cross-Section of Chad, Niger, Cameroon and Nigeria

A part of the world that explorer Reza Pakravan considers the most remote region he's visited. A place where millions of people do not feel that they belong to any particular nation.

Over the coming weeks, Reza will recall stories from the region. The story below is a follow up to Reza’s first of the series, Trekking the Dogon Country in Mali.

Lake Chad, at the Cross-Section of Chad, Niger, Cameroon and Nigeria.

I have travelled to some far-flung places on Earth, but Lake Chad is the most remote place I have ever been to. In fact, Chad itself was named for a mistake. In the 1800s, European explorers arrived at the marshy banks of a vast body of fresh water in Central Africa. Because locals referred to the area as ‘chad’, the Europeans called the wetland Lake Chad, and drew it on maps. But ‘chad’ simply meant ‘lake’ in the local dialect. So here it is. Lake Chad, or ‘Lake Lake’.

Located right in the centre of the continent, Lake Chad is shared between four countries – Chad, Niger, Cameroon and Nigeria – and millions of people living there do not feel that they belong to any particular nation. It’s one of the largest wetlands in all of Africa: 30 million people depend on it to survive. I entered the Lake Chad area from the Niger side. As I was travelling west to east, it meant I had to go around the lake to be able to continue my journey east.

Amazonian tribes embrace technology, running their campaigns on Facebook, while a simple mobile phone has never made it to Lake Chad.

As I stepped into the small town of N’guigmi, all my senses came to life. The smell, the noise, the sights. The streets were nothing but dirt tracks, and I felt I had stepped back in time by a hundred years. I have been to over 80 countries around the world, many of which are developing countries, but I have never seen anything like that. It was hard to spot a motorised vehicle. Most people simply walked and carried heavy loads over their shoulders. Those richer ones had camels and donkeys. Dressed in their traditional outfits (the women in bright and beautiful colours; the men more conservative), they stomped through the 45-degree heat.

The more I travelled, the more I realised that the modern world had not made it to this region. All over Africa, you see many people carrying mobile phones. In Lake Chad, I rarely saw any. I began to make my way around Lake Chad on the desert track roads – The heat was excruciating. Life in 45 degrees is punishing, especially when you are trying to walk over sandy terrain. Survival in such conditions, in such heat, is no easy task.

I visited village after village, with their charming houses constructed from bamboo and hay. The Chadian army controlled the territory, leaving everyone tense and ill at ease. Checkpoint after checkpoint – I have never been to a place where my documents were checked so many times.

In the absence of any public transport, I hitched a lift with a convoy carrying people and goods, finally making it into Baga Sola, a small town which in its heyday was a hub of trade. Livestock used to be exported from here to Nigeria, fishing was rife, and islanders came from far and wide to trade their goods. I have no idea how the drivers navigated those roads. It was incredible. With nothing more than desert tracks, it was so hard to distinguish which one was going where. Arriving at different villages gave a sense of travelling back in time. No boats had engines. Instead, fishermen used pirogues and paddled long distances to fish.

“Technology here is a taboo. People don’t want to change their way of life.”

Villages are formed based on ethnicity. Lake Chad’s largest ethnic groups are the Kanembu, Boudouma, and Bougourmi, distinguished by the variously patterned scars on their faces, received during their initiations. These tribes remain some of the most untouched cultures in the world. For example, the face of a Boudouma tribesman has one major scar in the centre of his forehead and four scars on each side of his face. This easily distinguishes him from the rest of the tribes.

I have met many indigenous people around the world and seen the rapid changes in their ways of life by the ever-encroaching imposition of the modern world. And yet, in Lake Chad, the tribes seemed to have no connection with this modern world whatsoever. This is, perhaps, no surprise. The region is so remote, so hard to get to, and the lack of infrastructure makes any connection with the outside world almost impossible. Everything is done manually and the lack of access to modern tools is felt especially.

I have seen how Amazonian tribes embrace technology, running their campaigns on Facebook, while a simple mobile phone has never made it to Lake Chad.

My guide said: “Technology here is a taboo. People don’t want to change their way of life.”