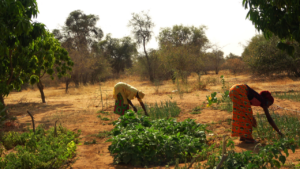 Stories From The Sahel: The Great Green Wall

Reza Pakravan visits the southern edge of the Sahara, where climate change has hit the hardest - droughts, lack of food, conflicts over dwindling natural resources and mass migration to Europe.

On the 31st of July, Reza Pakravan, an explorer and filmmaker, became the first person in modern history to have traveled the full length of the Sahel. A belt of land stretching across the southern boundary of the Sahara desert, the Sahel spans the width of Africa, from Senegal to Somalia, and is home to some of the harshest conditions on the planet, where the effects of climate change are most felt and rebel uprisings are common.

Like many explorers, Reza has had a fascination with Africa since he was a boy but felt there were still vast areas of the continent we knew little about. He wanted to document these forgotten frontiers and tell the story of those who live there, whilst setting himself a new challenge.

Having made a host of incredible journeys, including cycling the Sahara (for which he holds a Guinness World Record) and the length of the planet and traveling 4,000 km through the Amazon, Reza felt he was ready for this latest adventure, but it turned out to be his most daunting challenge to date and stretched him both physically and mentally like never before.

Over the coming weeks, Reza will recall stories from the region. The story below is a follow up to Reza’s first of the series, Trekking the Dogon Country in Mali, The Sky Church at Abuna Yamata Guh and Lake Chad, at the Cross-Section of Chad, Niger, Cameroon and Nigeria

“the largest living structure on the planet”

It’s not so long ago that I remember seeing Dogon tribes in Mali picking up arms to push Fulani pastoralists – who were forced by desertification to migrate south – out of their lands. In Chad, as the climate has changed, Lake Chad has begun to dry up and the desert encroaches further every day. Families have found it difficult to make a living from farming or fishing. This has played into the hands of Boko Haram who, taking advantage of the situation, started to recruit people with the promise of getting them out of poverty.

But there is hope here too. The Great Green Wall (GGW) is an ambitious African-led initiative which aims to grow an 8,000 km line of trees and plants across the entire width of the continent to bring life back to the land and transform the lives of those who remain there. Once complete, the GGW will be the largest living structure on the planet, three times the size of the Great Barrier Reef; a symbol of the hope that humanity can overcome its greatest threats.

During my travels, I visited many GGW sites in various countries and interviewed government officials behind the projects and UN members.

I had an image of the GGW as rows of thick trees across this vast expanse of land. But the reality was different. Most of the trees were quite small and mainly consisted of acacias and gum arabic trees – resilient to drought, these are the only ones that can survive the Sahelian climate. Nevertheless, though they were not particularly leafy, they still provided life to the soil around them.

The GGW is not only about planting trees, but it is also about land management, improving the quality of soil and making sure that the trees are disease-free. It’s also about resource management.

“The soil is constantly in need of attention”

In many sites, the project was not about planting trees at all (they already had enough) but about preserving what they had. Without this preservation, the local population would cut the trees down and sell the wood as charcoal. So, with the GGW, the land is preserved, the trees are protected, and the wood is cut based on a quota that is given to the people. They can still sell the wood but in a controlled manner. It’s about resource management. I could instantly see the tangible benefit of the GGW on wildlife. Birds had returned and I could hear them singing.

I didn’t need to look hard to see the threat of the desert. The soil is constantly in need of attention as the sand covers and hardens it.

In some countries – including Senegal, Burkina Faso, Chad, and Niger – the GGW has made major progress and the local population has started to enjoy the economic benefits. I was very impressed with the speed of the project around Lake Chad: perhaps one of the poorest and most barren places on earth. I could see how the GGW created employment and how the local population was actively engaged with the project.

The head of the Great Green Wall in Senegal during our interview told me that the future of the project is totally dependent on making a commercial case. This includes selling carbon offset to developed countries and planting trees on their behalf. He explained the effort that has been made and that international collaboration across the Sahel and positive results are becoming apparent.

Reza would like to thank his the Scientific Exploration Society for making the trip possible, and his sponsors: Sun Chlorella, Eagle Creek, BodyMe vegan bars, Tentsile Tree Tents, Wildling, LeStoff and Craghoppers