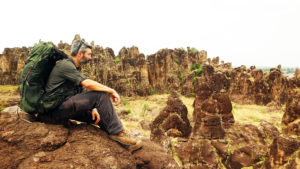 Stories From The Sahel: Trekking the Sindou Peaks in Burkina Faso

Searching for routes through incredible rock formations, akin to something that you might find in Jurassic Park, Reza Pakravan continues his journey across The Sahel.

Over the coming weeks, Reza will recall stories from the region. The story below is a follow up to Reza’s first of the series, Trekking the Dogon Country in Mali and Lake Chad, at the Cross-Section of Chad, Niger, Cameroon and Nigeria.

Trekking in the Sindou Peaks in Burkina Faso

Upon arrival in Burkina Faso, my guide insisted that we detour from our route and visit the Sindou Peaks. I was really sceptical and frankly exhausted from the last few days of trekking in the Dogon country. But I said yes. We entered Burkina Faso at night so I couldn’t get to see what was going on around me. We found a spot and hung our tree-tents. The morning after, I woke up to incredible green sceneries around me. I couldn’t believe how things had changed since dry and arid Mali. Around us was lush green surrounded by incredible rock formations. The closest thing to compare it to is a set from Jurassic Park. The place didn’t seem real to me. The landscape consisted of towering sandstone formations with small passages in between. As the sun rose, the faint glow of orange light blossomed behind a mountain, creating a collision of soft-coloured tones which made the sceneries absolutely magnificent. It was like a cartoon. I was filled with a sense of happiness and privilege to be there. 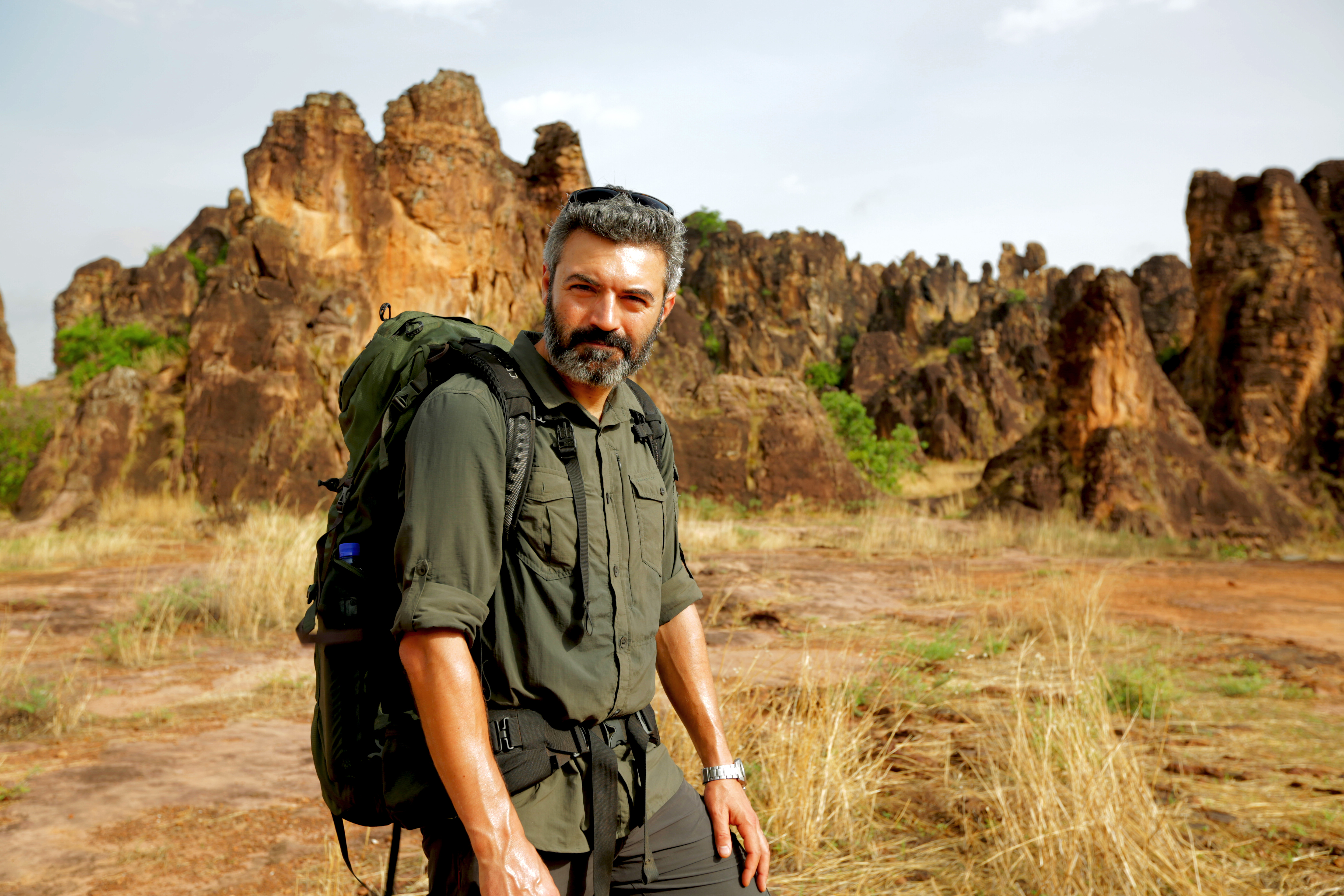 My adventures always start with a cup of strong coffee. I put the coffee pot on the stove and stared at the incredible sceneries. It was the first time since the beginning of the journey that I experienced calm. A new day had begun.

The trekking started through the peaks and valleys. In the beginning, everything seemed very straightforward as we followed the footpaths. But then, at some point, the footpaths started to go in different directions before disappearing completely.

We climbed tower after tower, up and down as we tried to head west. But the landscape was so complicated that even my compass got confused. We became trapped between rocks. And yet we didn’t feel trapped. Oddly enough, not knowing where we were going all of a sudden felt like a great plan.

After a day of hiking through this incredible landscape, perhaps the best I have ever seen, we finally reached Lake Nyoufila, an absolutely beautiful lake with palm trees around it. We finished the day watching the sunset over the lake with the peaks in the distance.

Reza would like to thank his the Scientific Exploration Society for making the trip possible, and his sponsors: Sun Chlorella, Eagle Creek, BodyMe vegan bars, Tentsile Tree Tents, Wildling and LeStoff