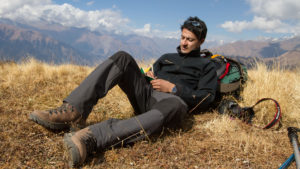 Introducing the Podcast with Apoorva Prasad

Undeterred by inherent risk, climber and journalist Apoorva Prasad turns his passion for the outdoors into a platform for people to read about and live out the adventures of their dreams.

Apoorva Prasad does not have a death wish, but he does have an affinity for risk, and he’s willing to bear the weight of a colossal challenge for a purpose forged from his experiences facing danger. “The sound of a chopper, when you’re dying on a mountain, is possibly the most beautiful sound you’ll ever hear.” When Apoorva, or “AP” as his friends call him, left his home in Northern India at age 17 to pursue his passion for mountain climbing throughout the US and Europe, he never imagined that it would lead to him being stranded on a ledge, 4,000 meters high in the Alps, waiting for rescue. (Listen to the full podcast episode here).

In November 2009, AP and his climbing partner were off-route. It was dark and it was winter in the Alps. With no water and no food, and no chance of rescue until morning, he had to figure out how to survive the night. “The one thing that comes to my mind is, ‘What am I doing here?’”. Exposed to the mountain winds and freezing temperatures, huddled next to his climbing partner for warmth, AP reflected on the story of his life like a distant observer, outside of time.

AP grew up close to the mountains and forests of Northern India, with summer vacations deep in the Himalayas or in the jungles of Assam and Arunachal Pradesh. These were pristine wilderness zones in the 1980s. As a teenager, AP moved to the US and Europe and his obsession with climbing evolved into a career as an adventure journalist. When he returned to these places as an adult, he was horrified to discover his personal Edens being bulldozed to make way for shoddy apartment buildings and cheap shopping malls, with factories and roads replacing wondrous, natural beauty with smog and sewage. As an international journalist traveling the world, AP saw this destruction repeated all over and over again, all for so-called “economic development.” He felt strongly that there were alternative ways for development, such as adventure tourism, that could help bring economic prosperity to underdeveloped regions while preserving wilderness and local cultures.

Still freezing atop the mountain, when the first hint of sun came, AP knew he survived. He waved off the rescue chopper and found his way, determined to shape the story of his life with a new purpose. “After that, I came home and I started The Outdoor Journal.”

About a year after starting The Outdoor Journal (“TOJ”), in late 2014, AP was struggling to deal with an industry problem. While TOJ was starting to enjoy widespread brand recognition and grow as a media business, readers would constantly ask, “…but when will you start doing trips?” Coming from the adventure media space, AP knew there were hundreds of phenomenal operators out there – TOJ was often working with or in contact with many of them to get in-depth stories from the outdoors. AP brushed all of their requests aside, without realizing just how extensive his personal network as a journalist had become compared to other travel enthusiasts.

Simultaneously, TOJ’s work to highlight environmental conservation and sustainable adventure travel was leading to a shocking understanding that in developing and growing countries like India, there were far too many unethical, fly-by-night operators conducting unsafe trips for unsuspecting travelers while causing irreparable damage to pristine environments such as in the high Himalaya.

In academic language, this was a case of “bad actors” taking advantage of an existing “matching problem” in an imperfect economy. Because AP had pushed his personal limits to their breaking point as a climber, earned a university degree in Economics and established himself as a journalist, he believed he had the multidisciplinary bandwidth to take on a problem that seemed too mammoth for one man alone.

While brainstorming over this problem with his friend and fellow adventure traveler Lorenzo Fornari (‘Zo’ to his friends), AP and Zo arrived at the conclusion that only a technologically advanced online platform, capable of parsing and accurately presenting the information that TOJ journalists already gathered and used while writing their stories, would be capable of solving the problem. This wouldn’t work unless there was a built-in economic incentive – travelers would need to be able to directly book via the platform in order to disincentivize the bad actors and promote the good actors. 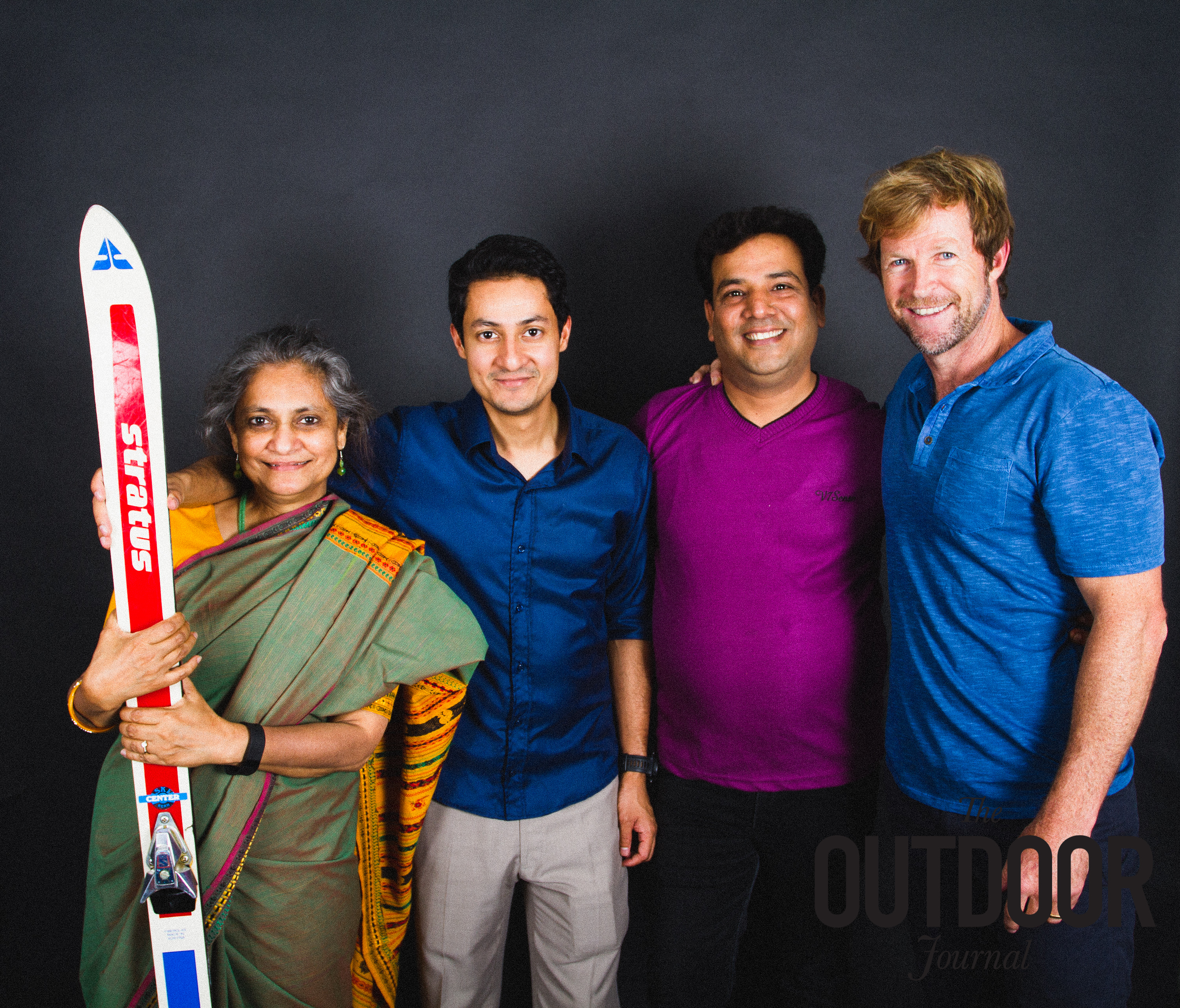 When adventure travel is booked in the traveler’s home country via traditional agents, 65% of the money stays in the home country instead of the region where the activity or travel is actually performed. With a platform, they realized it would become possible to measure the increase in money flows to these parts of the world, including the impact that these local businesses have on their local economy.

Setting out to build a platform wasn’t initially the idea – but after spending a year researching the problem, they realized that there was no other solution that actually helped travelers connect with the best local operators while ensuring adequate, transparent due diligence on these operators for the travelers. Someone would have to build it. Finally, just being a magazine wasn’t going to be enough in the 21st century – beyond inspiring people to travel, TOJ would actually enable them – which only a tech platform could do.

By mid-2015, they had taken the decision that the future of TOJ lay in a completely new kind of business – a hybrid media + travel tech-enabled platform that would inspire, educate and enable each of our fundamental rights to enjoy and protect wilderness.

This startup meant pivoting away from the original, comparatively narrow intent of TOJ, towards a wholly new, global tech business. With that in mind, the India-based business was shifted to an international HQ, created in Luxembourg, and an operating base created in Boulder. The Outdoor Journal & Voyage was born.

While TOJ remains an authentic media outlet for the outdoors, The Outdoor Voyage or OutdoorVoyage.com is the first iteration of that understanding and vision behind building a platform that helps travelers access accurate information and enables them to take more authentic journeys whilst impacting the environment as minimally as possible.

This vision was awarded the second highest grant award for early stage sustainable startups by Booking.com in Dec 2017. Today, TOJ works with nearly 100 local or sustainable small businesses – operators or partners – in over 50 destinations around the world.

The Outdoor Journal & Voyage is a media and travel booking platform, building a scalable and profitable business while promoting diverse and alternative voices, sustainable development and wilderness conservation. This inclusive media platform builds a conscious community, who can then book the adventures they read about. The business model acts as a two-sided platform between outdoor enthusiasts and local operators, worldwide. (For a closer behind the scenes look into the “why” behind The Outdoor Journal, listen to this episode of the podcast.)