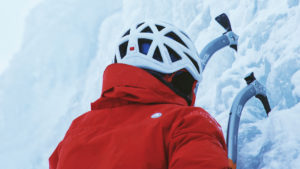 India’s Lost History – Indians are Embracing Mountain Sports, But There is a Big Problem with #FakeNews

India's Instagram generation is finally getting outdoors - but has a deep-rooted problem acknowledging India's long-established climbing history, and those who came before them.

The Outdoor Journal is proud to present the first in a series of articles by Siddharth Chattopadhyay, that will rediscover India’s Mountaineering History. With interviews and contributions from many generations, who have contributed to India’s rich outdoor legacy across the country.

Technology is increasingly affecting and altering our lives faster than we ever imagined. It has not only made our lives easier and knowledge more accessible, but it has uniformly altered the social fabric of our modern society. Of all the generations so far, as some may say and agree, millennials seem to have gained the most from its use. The gain, though obvious, calls for a dialogue on how it may influence a culture built around telling untruths.

Of all the generations so far, millennials seem to have gained the most from the access to information brought on by 21st century technology. This so-called gain calls for a dialogue on how it may influence a culture built around telling untruths.

Unlike the inevitable generational gap, there appears to be a disconnect between the older and current generation of our times that is more subtle than you might think. The disconnect possibly emerges from a generation that stresses on baseless and often trivial claims to fame rather than the actual perceived values of their actions.

It is very self-centered and almost presumptuous of millennials to adopt technology and use it as a means to monopolize their contribution to the outdoor community. This not only reflects on their ignorance but also brings to notice a kind of ignorance that seems intended. Essentially, what this means is that when you work under the premise that all who came before you simply don’t exist, then it becomes a serious cause for concern. Under such a construct, if it wasn’t recorded and posted to Instagram, then it didn’t happen. And the first ascent or descent or flag planted on a summit belongs to the one who social media-ed or Instagrammed it first, rather than the generation which might have done all of that, and possibly even more without ever publishing it on the Internet. “Climbing was never a competitive sport, but now there is so much pressure to find some way to be the first,” said Billi Bierling: a German Journalist and climber now managing the Himalayan Database.

You can read The Psychology of Summiting Everest by Billi Bierling on OutdoorJournal.com.

When Apoorva, the founder, and editor in chief of The Outdoor Journal, first spoke to me about this subject, I remember being quiet for some time, lost in thought. I guess I wasn’t sure about where I’d start. Although, what concerned me the most was the foundation upon which I’d build the narrative. When I did begin my research, I came across overwhelming evidence that not only peeled off the disingenuous nature of Outdoor Journalism in our country but so much more. One of the most distasteful findings surrounded the indefatigable effort funnelled into branding of the heroic “first ascent” of a frozen waterfall in India. Mountain Dew India, one of the biggest adventure sport sponsors, had just published a video on their youtube channel titled: “Mountain Dew Real Heroes presents The Fall – India’s First Frozen Waterfall Ascent”. It was April 22, 2016. The video has since garnered more than 2 million views. There were other media channels that soon followed suit. “Their goal? To attempt the first ever ascent of a frozen waterfall in India,” said YOURSTORY. Another title from a different media outlet read: “These Brave Mountaineers Completed India’s First Ever Frozen Waterfall Climb. Bow Down!.”

This was nowhere near the first time someone climbed a frozen waterfall in India.

The really strange thing – this was nowhere near the first time someone climbed a frozen waterfall in India. Mountaineers have been climbing frozen water ever since front-point crampons were invented in 1933! The 1938 ascent of the Eiger’s fearsome North Face in Switzerland actually has a section called… wait for it… the Waterfall.

A post shared by The Morpheus Productions (@themorpheusproductions) on Apr 13, 2018 at 10:24am PDT

Encountering a section of a frozen waterfall on a massive mountain is generally par for the course – you only have to spend a few hours perusing entries in the American Alpine Journal to read all about Micah Dash and Johnny Copp’s epic ascents in the Zanskar region to understand that they were climbing rock, snow, crumbly shale, epic granite and frozen waterfalls as they reached the summit of Shafat Fortress in 2007.

Even if we are to talk about ice-climbing as a separate activity, akin to sport climbing or cragging or something similar to the Ouray Ice Festival in Colorado, the “first ever” recorded ascent of a frozen Indian ice/waterfall could have been in Sikkim in 2004. The team consisted of  Adam George, Philippe Wheelock and Richard Durnan, all from Colorado along with Carlene Grant from Canada, Kelsang Phuntsok and Tashi Sherpa from Sikkim and Andreas Prammer from Austria (Durnan, R. Sikkim. The American Alpine Journal. 2004. 384)

while it could be the most competitive space to get introduced to, it is built around humility

The thing about this community, as I have learned over time, is that while it could be the most competitive space to get introduced to, it is built around humility. And yet some of our present-day cultural icons have me convinced that it’s the mountains we climb and not ourselves. I remember one such conversation with a person whose preoccupation with becoming a known alpinist belied his earnestness. Now, this doesn’t mean that we aren’t pushing the envelope, what it means instead is that there’s a lack of maturity. It feels as though there’s an underlying competitiveness in our pursuit; a kind of complexity that arises from a complacent attitude of “me-knowing-more-than-you-do”. Isn’t climbing a selfless act or as Karn puts it: “an exercise in the destruction of ego?”

Over time, I realised that I couldn’t just single-handedly hold technology accountable, though it does add to the gimmick. I also realised that it is almost impossible to sustain a culture when it doesn’t have a strong footing, in which case the community can only thrive so much. So I visited The Prow area in Dhauj while climbing with a friend of mine, Prerna Dangi, a young and accomplished female Indian climber and mountaineer. It was my first time top-roping outside. I specifically remember the rack Prerna pulled out of her bag. As soon as I had the harness on I tied my first figure-of-eight knot. My gaze then shifted to this green multipurpose belaying-rappel device that felt unusually lighter. Although what impressed me the most was this nut tool meant for pulling cams or nuts out.

While nearing Dhauj, possibly one of the best trad crags in the world, the outcrops made themselves visible from far away. It seemed like a climber’s paradise. As soon as I set my foot on the holy Dhauj soil, I became wary of the late climbing scene from the 80s. There is an undervalued guidebook that Prerna spoke of – compiled and written by Mohit Oberoi, a 46 year old doyen of rock, who has spent a lifetime climbing all across India, with a list of alluring crags in and around Delhi. When I learned about the book I bought it right away. I couldn’t have been more appreciative of the effort and work that went into bringing this record together. It just seemed so well-organized especially for a country that is yet to understand the value of institutional memory. Upon leafing through, l came across several routes with monikers such as “Burra Sahib” and “Hysteria with a Sten gun,” laid out with appropriate grades and caution. It gave me the impression that some of these folks were more active than I’d thought. Shortly after, I caught myself reflecting on what it must have been  like to be climbing back in the 80s – the heartiness of the community and culture around it.

This series is going to be a diary of my learnings as I rediscover India’s seemingly lost outdoor history, as an exercise in honest journalism, with research and interviews conducted with stalwarts across generations of the Indian outdoors. They will include Captain Kohli, known for leading an Everest expedition in 1965, which put 9 men on the summit; Mandip Singh Soin, a Mountaineer, Explorer and a Fellow of the Royal Geographic Society; Mohit Oberoi, an accomplished Climber and Triathlete; Punit Mehta, another accomplished climber and Harish Kapadia, a distinguished Mountaineer and editor of the Himalayan Journal. I hope to inspire our readers to dig into their own histories and that of their passions to help “rediscover” lost heroes.