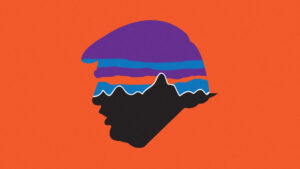 TL;DR: Vote the assholes out. But most importantly, stop buying shit. Because 70% of our GDP comes from consumerism and eventually, that’s what’s destroying the planet.

NSFW disclaimer: this article makes liberal use of the word “Asshole,” referring to both a person’s bodily part, and a stupid, irritating, or contemptible person. Also, impolite words are used several times.

Have you ever heard the age-old adage of the doctor that attempts to write a prescription with his rectal thermometer? It doesn’t work obviously, it’s a rectal thermometer after all, but what’s more, he quickly comes to the realization that some asshole has his pen.

Or perhaps they were referring to the plethora of power-hungry pundits in Washington that, day in and day out, prioritize special interest groups over the wellbeing of our planet.

To be honest, I’m not sure which assholes they meant to address… but I just don’t know how I could vote my asshole out. Out of what? My shorts? What did my asshole, or anyone’s asshole for that matter, ever do to Patagonia? Was it that time I pooped in the lake at sleep away camp? Because I’m pretty sure nobody knows about that.

So, I guess, it must be those pesky politicians.

Patagonia has long had a stance on the health of the environment, on protecting nature, and on helping grassroots movements gain momentum throughout the world. They work to help ensure their products last and in doing so, try to keep people from buying new stuff. Or so they say. To which I reply, “Try and stop me from buying new Patagonia stuff off the clearance rack, just try and stop me! I don’t even care what size it is, I can lose/gain weight or have a kid or find a girlfriend. I’ll make it work.”

It seems they go out of their way to promote best practices for the several verticals they operate in. They set the bar in sustainable apparel, and when they do, they typically set it very high. All of their cotton is certified organic, a huge percentage of their materials are recycled, they invented 1% for the Planet, they belong to the Sustainable Apparel Coalition, and they encourage the reuse of their own products through their Worn Wear initiative. They even go so far as to independently investigate their own supply chains to ensure that the workers that end up cutting and sewing their fabrics are treated relatively fairly. They are incredibly transparent about their operations and all in all, act as a model for what a responsible apparel company should look like. And, in tag size ways, they even encourage us to vote.

And that’s all great. I think Patagonia nails it. I think their brand is bananas (in the good Gwen Stefani way) and whoever oversees their marketing, man, killing the game. However, there is something about Patagonia, or “Patagucci,” as I like to call it; much like Gucci, it’s kind of only for rich white people. I don’t know what it is, but there’s something intrinsically waspy about it. It caters to the white upper-middle-class that can afford to drop $100 on a sweater, or $500 on a wetsuit. There’s no denying it, some of their products are prohibitively expensive. And I get it, responsibly sourced materials and good wages for factory workers push prices higher. It makes sense, but it also makes a lot of their stuff inaccessible to people in lower socio-economic echelons. Just saying.

When I first heard about these tags, I thought, “Oh neat, hidden curse words on clothing.” Pretty cool, and what made it even cooler was that Patagonia didn’t tell anybody about it. They just sent them out into the world for their crunchy-granola base to find while hand-washing their shorts in a stream. And I think that’s cool, and so do most people my age and in my social strata; we all love Patagonia. The thing is, aren’t the people that buy these shorts already on board to get all these assholes out? I for one, am. So then perhaps I don’t understand Patagonia’s consumer base? If they’re all who I think they are, white, middle class, liberal-leaning outdoorsy people like me, then why do we need to reinforce the fact that we need to vote these assholes out? And if the demographic is a little more diverse than I think it is, perhaps a little more “red-blooded” if you will, then does it help to call people assholes if the wearer of the shorts supports them? Or is this bigger than partisanship? Do both sides have their own assholes? I’m sure they do, but I’m also pretty sure Patagonia would agree with me that the majority of the assholes have been relegated to one side of the isle.

So, here I am, confused again. Who are these tags for? Who are these shorts talking to? Are they just a way to grab media attention and direct traffic to Patagonia’s website to sell more clothes? That can’t be, right? Because one of Patagonia’s pillars is the reuse of old garments, fixing zippers instead of throwing away coats. And guaranteed, they would argue that traffic to their website is more about environmental education than consumption. But I already know about these issues, and I’m already going to vote. The people that don’t know about them, the ones that might benefit from visiting the site and being encouraged to vote, well, I don’t think they bought those $79 shorts.

What makes things even more confusing, are past Patagonia ad campaigns like: “Don’t Buy This Jacket,” that ran in 2011 in The New York Times that basically talked about why people should not buy the jacket featured in the ad. The one-page spread cited reasons like the 36 gallons of water required to produce the jacket (enough to fill the daily needs of 45 people), the 20 pounds of carbon dioxide emitted (24 times the weight of the jacket), and the amount of waste produced (two-thirds of its weight in waste). And guess what, they ended up selling 30% more of that jacket. And, make no mistake, it was an ad campaign. Sure, it provided some valuable information about irresponsible Black Friday consumerism and fast fashion, but at the end of the day, it sold more Patagonia jackets. Face Palm.

Patagonia’s mission statement reads: “Build the best product, cause no unnecessary harm, use business to inspire, and implement solutions to the environmental crisis.” And that sounds pretty good, right? All of it except for the “unnecessary harm” part. The obvious implication is that there is a degree of harm that is necessary. Necessary for what though? To meet the demands of a growing millennial middle-class market that likes to think of ourselves as environmentally conscious individuals but simultaneously wants to buy that jacket and buy that bikini and buy those cool new shorts with a curse word in them?

Or maybe they mean people need clothes and in order to produce those clothes, we must cause harm. The problem is, we don’t need more clothes but we will continue to buy them if you say the right thing. And I think part of the blame falls on the companies that keep selling them to us, Patagonia included. Patagonia marketing suggests that when we buy their stuff, we’re actually helping the environment and supporting a movement. And that is how we feel. Every time I buy Patagonia, I feel like I’m making a little donation to the Earth when in reality, I’m actually causing “unnecessary harm” with frivolous consumerism.

And that seems to be the core of the issue, Patagonia helps us feel good about buying stuff that we don’t need. They have cornered the social capital market-perhaps by chance. We buy from them despite ourselves! Every time they try to do something good, every time they tell us not to buy something, we see them being amazing, being different, daring us to check our habits, and what do we do? We buy that fucking jacket! Because we support their movement! We love their “we don’t care about your money” attitude, it makes us scramble for our wallets.

We are faulty creatures with a deep and natural desire to belong. Patagonia represents the best of us, our best intentions, our ideal vision of ourselves-not as mindless consumers, but rather, as empowered purchasers. But, despite their calls to action, we do sincerely believe that all we need to do to be part of their movement is…buy more Patagonia shit.

So, where does that leave us? Are we voting with our wallets when we choose slow over fast fashion? Or are we causing unnecessary harm by consuming more than we need to make our voices heard? Have we surrendered to the fact that we will not change our spending habits? Have our apparel companies, even the best of them, conceded that the only way to compete is to yield to this insatiable hunger?

Perhaps they have, perhaps we have forced their hand. But where does it stop? Does Patagonia have a quota on sales? Do they limit their growth? Are they big enough? Or are they like every other company in that regard that yearns to compete, to grow, to earn market share, to increase their consumer base by spending millions of dollars every year on marketing campaigns? In 2017, Patagonia earnings were estimated at $1 billion, growing a jaw-dropping 25% from the year before. They are big business, and I anticipate, they have no plans on stopping. They operate under the same mentality that encourages us to buy from them, they are better than everyone else and because of that, they deserve our money, they deserve their growth, they deserve their influence, because if it’s not them, it will be somebody far worse.

I don’t think it is irresponsible to give adults what they want, even when it is something they don’t need. Our economy is set up to do just that, day in and day out. And there isn’t any doubt in my mind that Patagonia is doing the best that they can; they’re a B-Corp, they care about the planet, Yvon Chouinard drinks out of every stream he fishes in for god’s sake. They’re amazing, and cool, and progressive and I love them. I believe in Patagonia, in their mission, and in their model. I just wish they could help us help ourselves. But even when they try, they fall short, because all we see is another cause to support, another pair of shorts to buy.