At 140 MPH and just feet off the ground, every flight that professional wingsuit pilot Sam Hardy takes requires a deep connection with nature and ultimate trust in his jumping partner.

Dropping out of a helicopter over Rio de Janeiro, Sam Hardy rips towards Christ the Redeemer, standing atop the 700 meter Corcovado mountain, an iconic cultural symbol for the city. Wearing a specially designed wingsuit, Hardy focuses on making slight movements with his arms and pointing his toes to maintain the right flight trajectory to zoom past the statue as close as possible. Fitted with a helmet-cam, his eyes are locked on his flying partner just meters ahead to capture the cinematic POV shot. He hears a roar from the crowd below as he tears past the 100-foot statue towards the city. (The full video can be found at the bottom of this article). 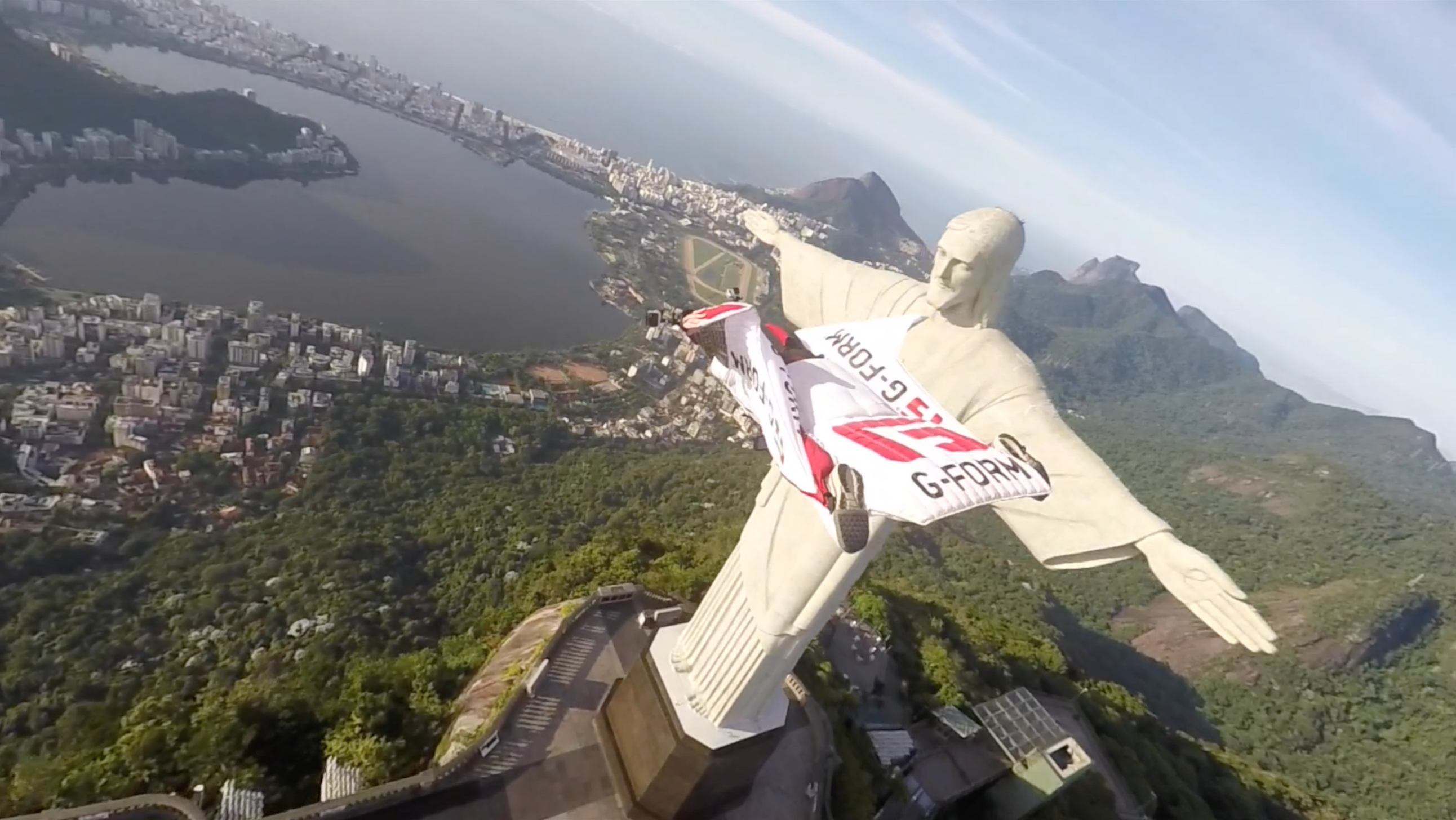 “I live by my own rules”

Knowing that his illegal stunt could land him in jail, he deploys his parachute low and listens for police sirens as he glides to the pre-planned landing spot and quickly packs his gear into the getaway car. Mission complete. “The whole point of this sport is this punk, finger up to the man, ‘I do what I want, I live by my own rules’ attitude and I’d like to see it remain like that.” (Listen to the full podcast episode on iTunes.)

Wingsuit flying is a sport misunderstood. Athletes jump from cliffs, mountain tops, tall buildings and other objects with the goal to fly in close proximity to the ground, yet at a safe enough “angle of attack” to avoid contact. Each flight takes hours of mental preparation which involves close reading of the terrain and weather conditions. “I think a lot of people have seen wingsuit flying on YouTube and they see maybe a one to a three-minute video of flight, but what they don’t see is the huge amount of work that is required and put in beforehand.” On a normal day of wingsuit base jumping, Hardy will wake up around 5 AM, drive two hours to the landing area, and then hike for at least four hours, typically covering around 2000 meters of elevation vertically over an eight-kilometer distance. 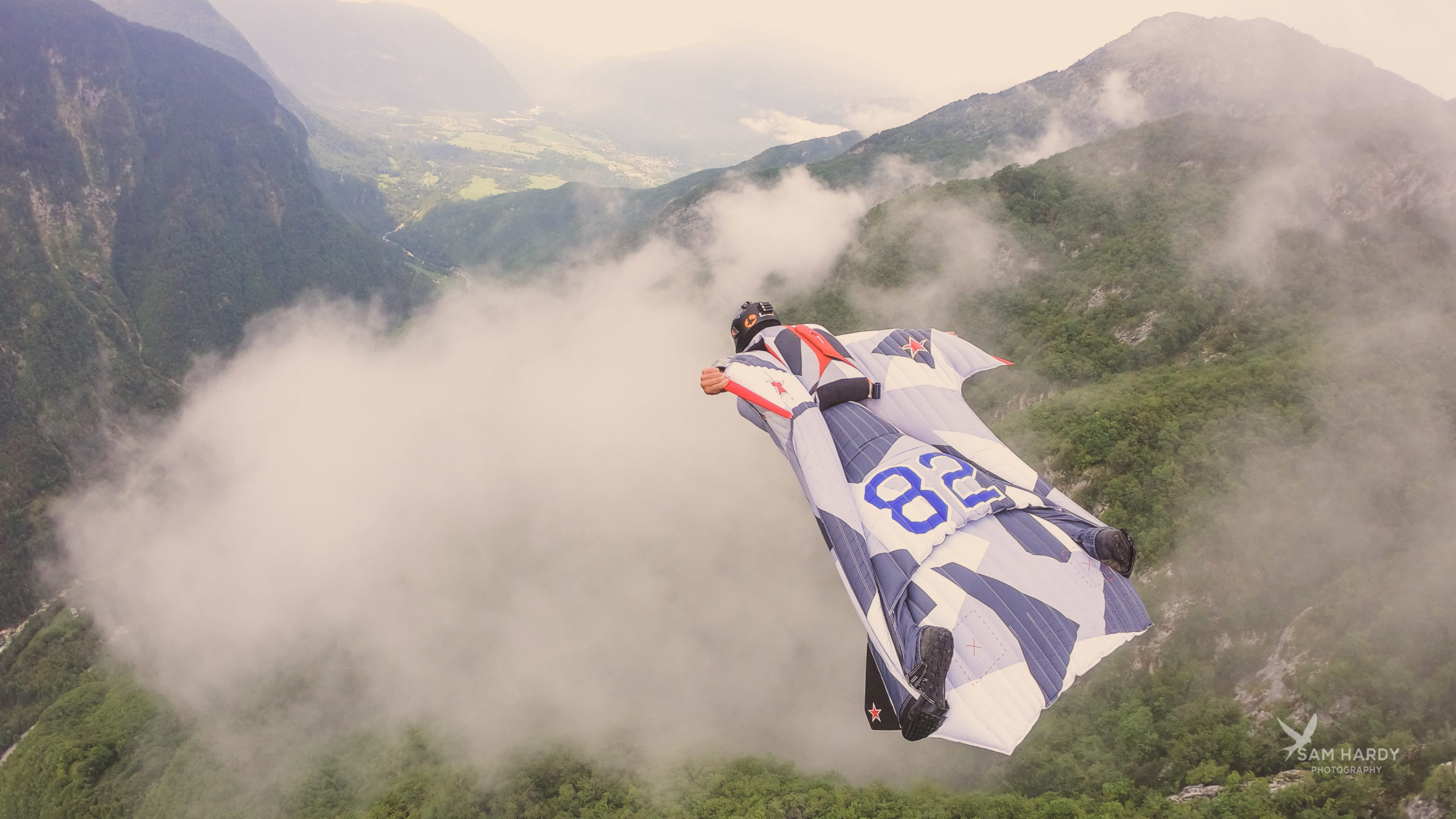 “BASE jumpers are a different breed of person.”

Over the past 14 years, Hardy has completed over 1,800 BASE jumps in 27 different countries, which makes him one of the world’s leading experts on the sport. Hardy runs a BASE jumping school where he teaches students the techniques of BASE jumping and wingsuit flying. Even before entering training with him, a student must accumulate 300 skydives. But as skydiving continues to grow in popularity, Hardy believes that his specializations require a very rare set of attributes even within the action sports community, and it all comes down to how well your brain can cope with high-pressure situations. “Skydiving is now totally normal to do around the world. Anyone can learn it. But for the sort of people who want to BASE jump and can do it safely, you’re definitely looking at a different breed of person. And then chuck in the wingsuit as well – you really need to have the reasons for why you’re doing what you’re doing and you need to be physically fit, mentally fit and totally prepared for that.“

Hardy plunged into the practice of high risk, high reward when his father taught him rock climbing in childhood. “My dad introduced me to rock climbing at a pretty young age and that was definitely the first stepping stone into extreme sports. He got me into climbing and then I ended up finding whitewater rafting, sea kayaking, mountaineering and I went through this vast array of different action sports until I found base jumping.” After gaining 14 years of experience, Hardy now works with multiple wingsuit manufacturing companies to develop wingsuits, parachutes and canopy systems. However, it took his mother over a decade to get used to his career choice. “It took her over 10 years to sort of accept the fact that what I do is dangerous. She trusts my judgment and the decisions that I make.” 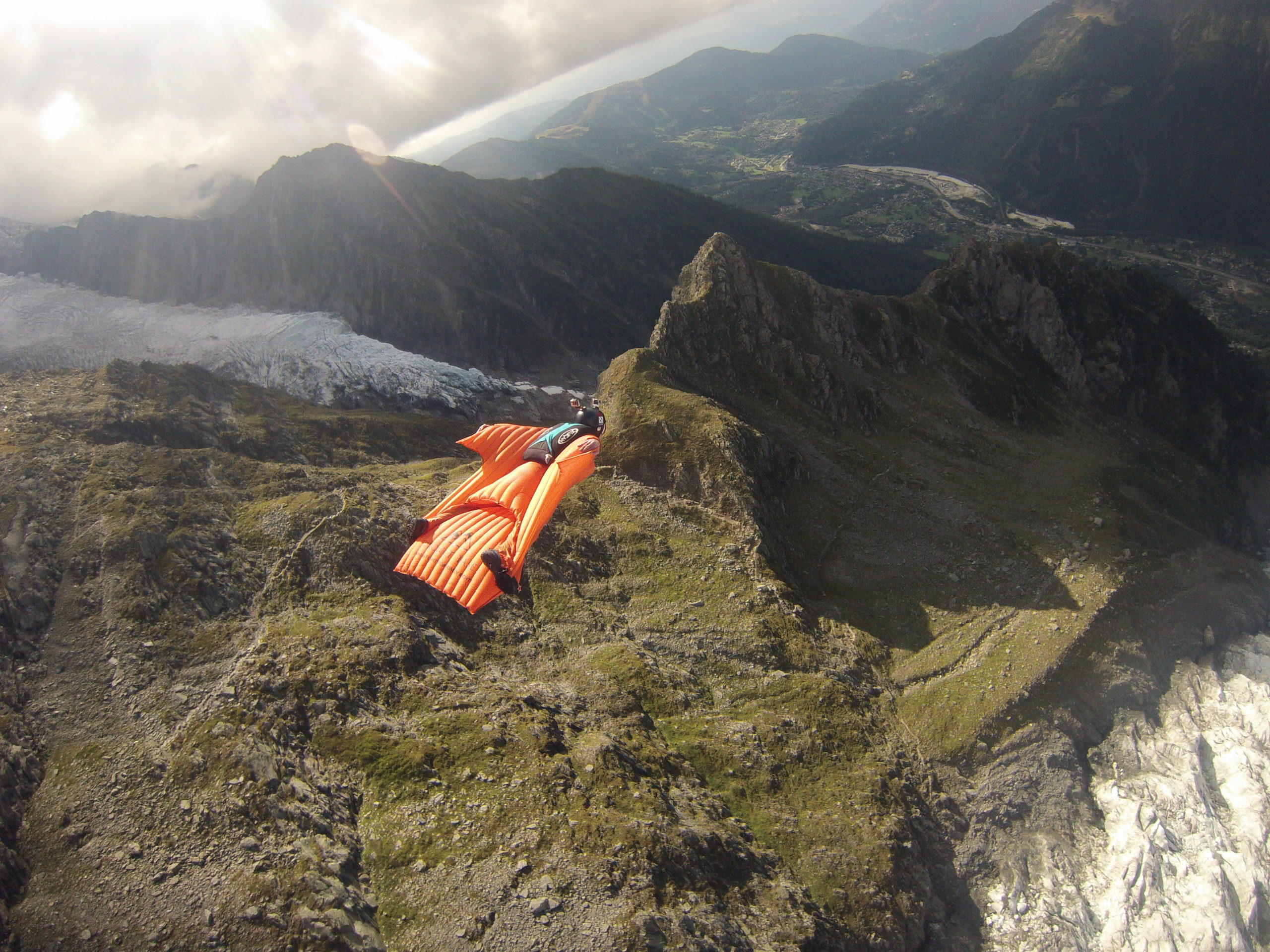 Hardy co-founded Project BASE, a non-profit company, in order to combine his passion for wingsuit flying with the chance to give back to others. In 2015, Hardy and his partner Nate Jones flew to Ethiopia to complete a world’s first BASE Jump in the Simien mountains, in conjunction with providing fresh water and school furniture to students. “We wanted to do something more in our lives than just focus on ourselves and we try to find a way to combine that with the sport that we do.”

In a surreal encounter for all those involved, Hardy’s skyward entry into the remote valley below was mistaken for a supernatural event the likes of the return of the Messiah. Picture this, a white man with dreadlocks and a GoPro camera strapped to his forehead parachutes out of the clouds and lands in an isolated tribal valley where no Westerners had ever visited. “It took us about four 46 hours to get out. We ended up meeting up with our local guide who didn’t speak any English as well, and he was communicating with the locals that ended up walking back out with us. Eventually, he spoke to someone who did speak English and Ethiopian. And we got translated that, when we jumped and landed, the people that were down in the village saw our all-white canopies and they said that they thought it was the Messiah coming in for landing.”

“There is a huge amount of trust that’s required that can take years and years to build.”

As if wingsuit flying was not difficult enough, Hardy straps various cameras to his gear to capture footage for documentary films, which requires an additional level of air awareness, concentration, and trust to film his subjects at cinematic angles. “The whole aspect with a camera flying and wingsuit BASE jumping is it’s like another notch up. So it requires way more school, a super high amount of focus. And also you’ve got to be able to capture the shot with using your head, disassociating your head from your body, which is your wing you’re flying to put that person into the frame. And then while you’re doing that, you’re actually looking out the corners of your eyes to see what’s happening down the line. On top of all of that, you’ve got to trust that the person in front of you is not going to slam on the brakes or make an abrupt turn. So there is a huge amount of trust that’s required that can take years and years to build.” 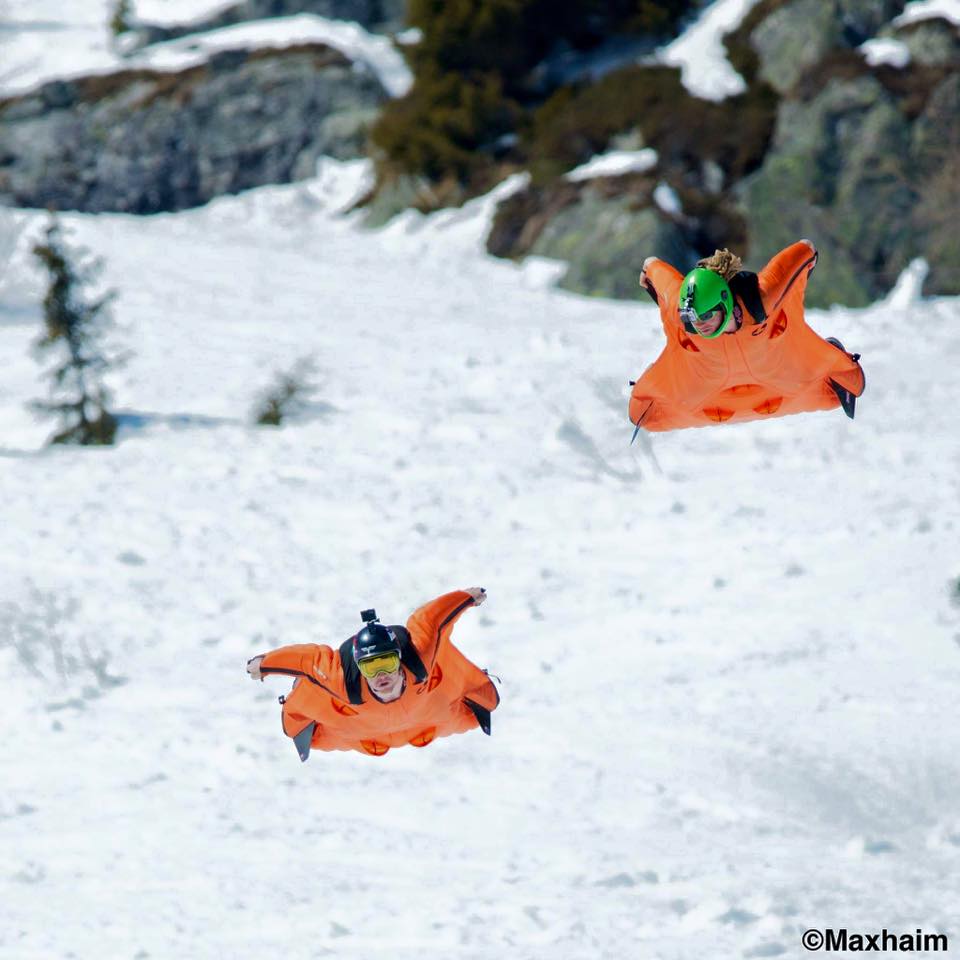 In order to pull off such daring stunts, Hardy runs through a rigorous routine of mental mechanics to set visual route markers and practice visualization exercises in preparation for each flight. “Say I found a line and I want to get really low to the ground, only a couple of feet off the floor the whole way down. I make it really intense on myself and try to find that perfect line just like a surfer does with finding the perfect barrel wave. What I’ll do is I’ll mark out during the line, the first time I do it, I fly quite high and I’ll pick different points like this first rock or this second tree. So then I’ll be in bed the night before and I’ll be thinking about the line that I’m going to fly tomorrow. I’ll close my eyes and visualize the exit going through all the markers, what it’s going to feel like, how aggressive the turns need to be in the suit, how much pressure I need to feel through the armed wing. And then by the time I get up to the exit, I just have to replay what I’ve already visualized.”

“I went through this vast array of different action sports until I found base jumping.”

One of the earliest attempts at wingsuit flight occurred on February 4th, 1905 when a 33-year-old tailor, Frank Reichelt, jumped from the Eiffel Tower to test his design – a parachute and wing combination. Although there have been incredible advancements in wingsuit technology since then, wingsuit BASE does come with inherent risk. Hardy’s approach to the sport has helped him learn how to better cope with stress – from life’s daily annoyances to the concept of death. “Base jumping made everything in my life easier. Decision processes were made so much simpler. I’ll hear someone complaining about something trivial at their work and I think, ‘It’s not like you had a really close call to dying today.’ It’s also taught me to deal with death, which is super scary for people to deal with. It’s taught me how to understand that aspect of life as well.” 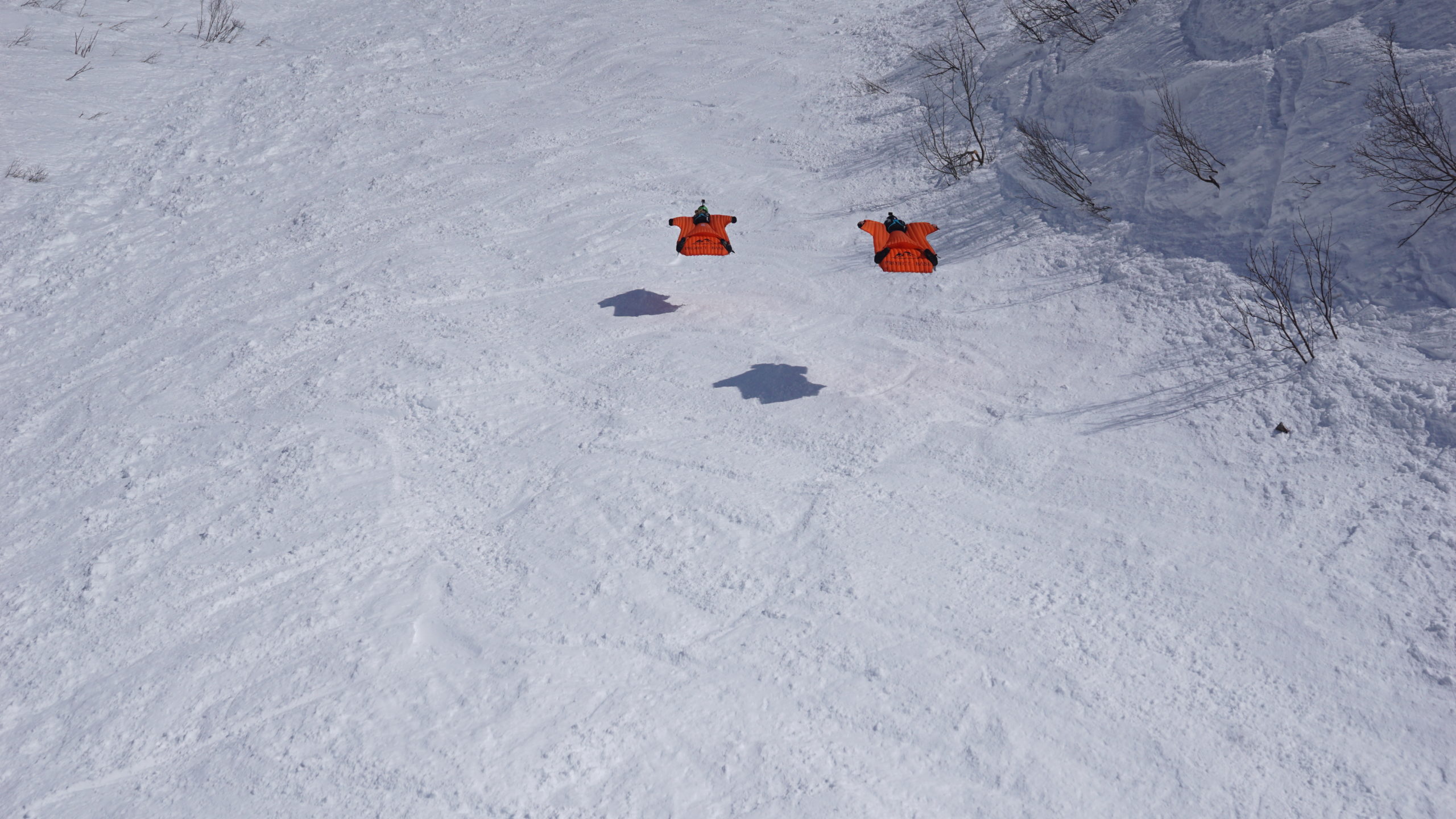 Steadfast to Peter Pan’s credo “Never Grow Up,” Hardy believes that we are meant to carry on our childhood playfulness throughout life. “I have that tattooed on my arm as a reminder to focus on the fact that I never want to go up, because I feel that if we do ‘grow up,’ then we lose that childish and playful experience. And I think that life is meant to have all that stuff in it. I think that the Hook to my Pan could almost be myself sometimes – a form of ego. So I’m trying to constantly remove that from myself and not let my ego take control in an arrogant manner. I’d rather have my ego take control in a confident manner.”

Read next on TOJ: Flow State: The Reason Why Alex Honnold and Steph Davis are not Adrenaline Junkies. 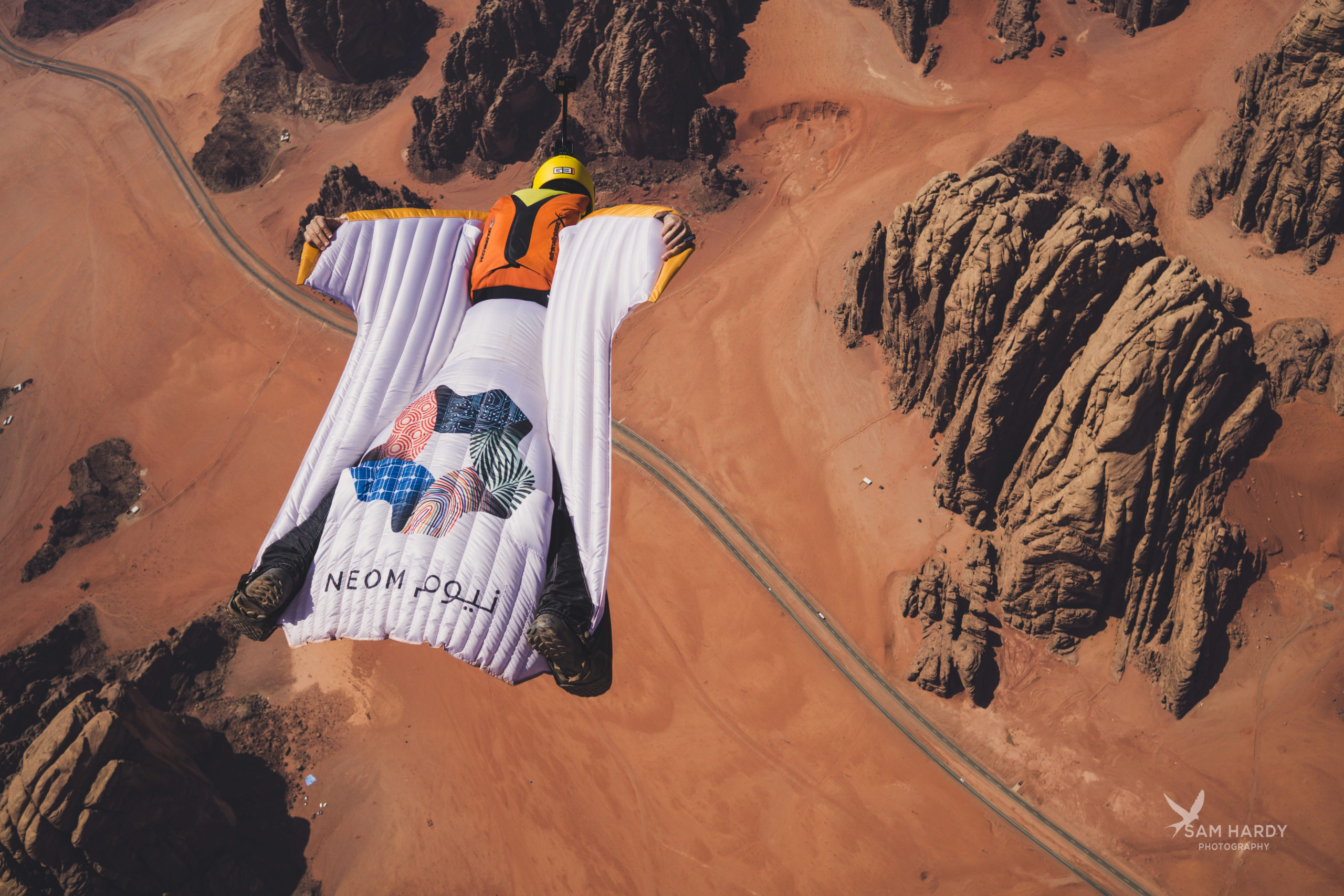 Hardy connected with The Outdoor Journal Podcast to discuss the purpose behind his wingsuit adventures, the mechanics of flight prep, what it was like to be mistaken for the Messiah on his first descent into Ethiopia’s Simien Mountains and how do deal with life’s stressors better by facing ultimate risk. (Listen to the full conversation on iTunes).

Check out Sam’s school Learn to BASE Jump and follow him at Discovery Interesting.