This month, eco-activist Stefanie Spear will be joining the crew of eXXpedition, an all-female crew sailing around the world to raise awareness about the devastating toll that single-use plastics take on our environment as well as on human biology, especially for women. (Listen to the podcast episode on iTunes).

Stefanie is the Founder and former CEO of EcoWatch, a leading website reporting on environmental news that motivates its readers to become engaged in these issues within their community. 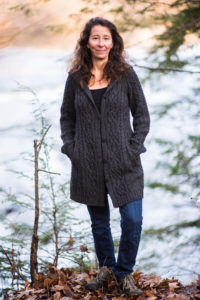 As an entrepreneur and leader in the grassroots environmental movement, Stefanie has noticed a shift in mainstream coverage of important environmental issues, but the change so far is not drastic enough given the immediacy of climate change. “One of the reasons I launched EcoWatch was because the mainstream media was not doing their job in reporting on these issues. The top tier mainstream media’s role is to educate people on the most important issues based, of course, on fact and emphasize the true reality that these issues bring. Mainstream media is doing a much better job than they used to, but I still feel that they prevent telling the whole story or the immediacy of the story. We truly are in a climate crisis and that narrative isn’t getting out there as strong as it needs to.”

“Over the next 20 years, I’m worried about what the populations all over the globe are going to have to deal with.”

As a consistent advocate and light-bringer for environmental issues over the past three decades, Stefanie has felt beyond frustrated in observing the Trump administration consistently undo environmental regulations in favor of corporate interests. “It’s beyond words. And when I think about it too much, I just want to scream. But I’m so frustrated even beyond Trump because if you look at the years and the decades that have passed, so little is really getting done. We still just aren’t doing what we need to do to make sure that we have a healthy planet for future generations.”

Read next on TOJ: Youth v. USA: Carbon Capitalism on Trial – A lawsuit against the federal government could galvanize climate change policy. 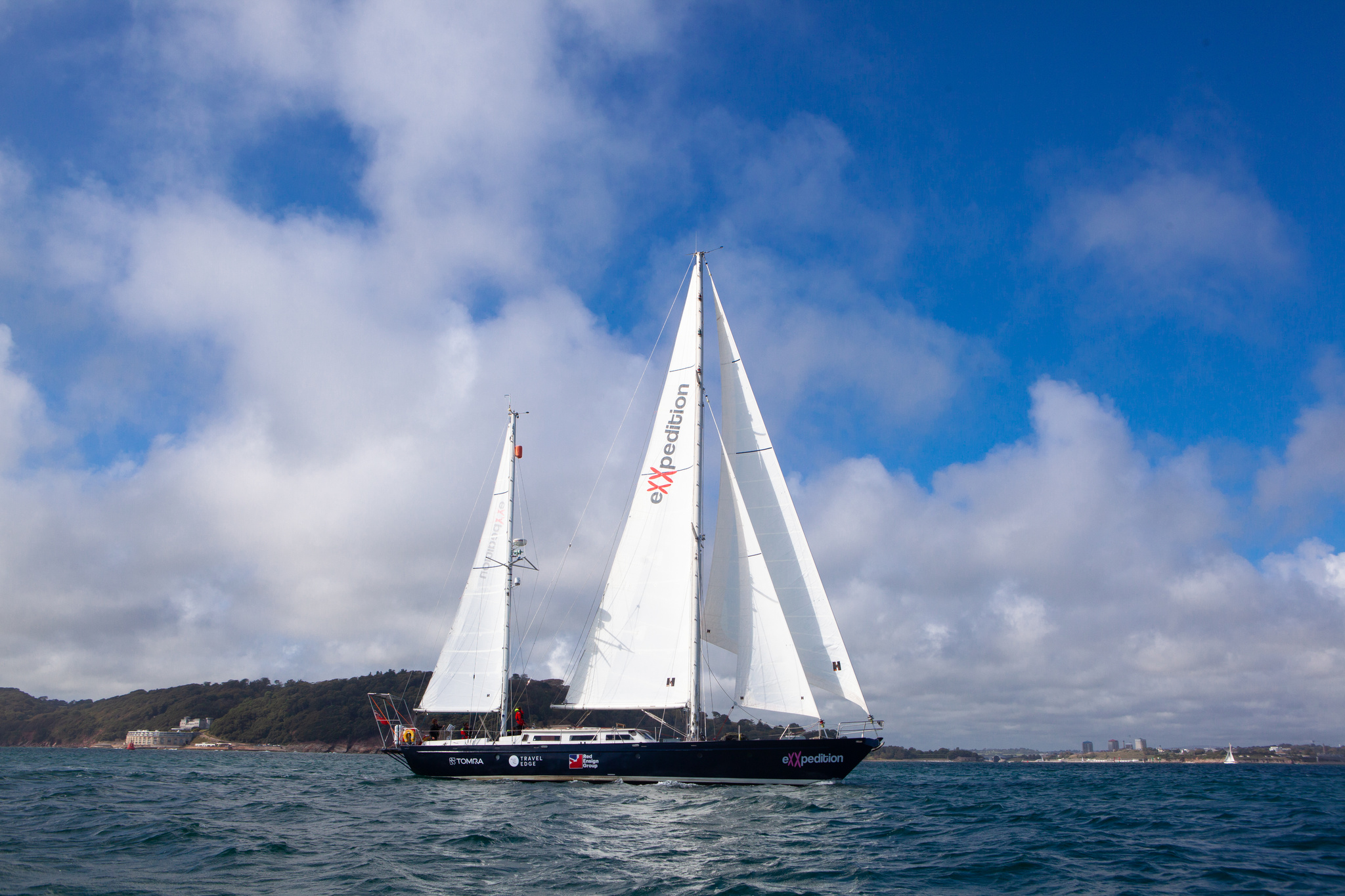 But the question remains, how do you derail the corporate lobbyist power structure that controls public policies that impact the environment? “Campaign finance reform is probably the most important issue so that we don’t have politicians bought by big industry, but big industry is just getting bigger and bigger with consolidation.”

“Right now more than ever, we need to have everyone engaged in something.”

While most empty-nesters take up a hobby closer to home, Stefanie, a born-and-raised Clevelander, is truly going out on a limb by committing to sail on the open ocean from Panama City to the Galapagos Islands. Although she’s been out on the lake to sail with friends, Stefanie has no prior experience as a sailor. “There will be 13 women on the 70-foot sailboat, and three of them know what they’re doing.” Stefanie is an avid paddleboarder in the waterways around Cleveland that boast a surprisingly thriving SUP scene. “I travel all over our country and meet up with paddle communities from Cape Cod and Florida, to out in California, and I haven’t found one yet that is as vibrant and wonderful as Cleveland’s paddle community.” But unfortunately, her fun on the water is often dampened by the plastic waste she invariably encounters. “There’s plastic waste all over – it’s anything from tampon applicators to soda bottles to cigar tips – it’s disgusting.”

Onboard the eXXpedition, she’ll conduct scientific studies on the concentration and global distribution of microplastics in the ocean as part of the sailing journey that connects all five of the world’s ocean gyres – 1,000-mile wide accumulation zones for plastics. In total, eXXpedition’s round the world voyage will sail 38,000 nautical miles.

“The toxic elements of plastics impact women more than men.”

The plastics Stefanie will be studying on the sailboat are different from the recognizable plastic debris she finds on her weekend paddles. According to a study by The Journal of Field Actions on microplastics, the world’s oceans hold an estimated 5,250 billion pieces of plastic with a combined weight of 268,940 tons. These small particles are ingested by marine life, thus entering the food chain and eventually making their way into our bodies. Micro-plastics are affecting women more because they are found in women’s beauty products and the female body tends to hold on to microparticles more than male bodies. “The toxic elements of plastics impact women more than men, mostly because the toxins are hormone inhibitors and endocrine disruptors and they can impact fertility and also cause diseases like cancer.”

In the sailing world, the roles of Skipper and Captain are traditionally filled by men. In parallel with our society, careers in the fields of science, technology, engineering, and math are also held disproportionately by men. For these reasons, Stefanie felt drawn to this all-female expedition.

Stefanie plans to bring back knowledge from her experience to educate high school students in the Cleveland area about reducing plastics pollution. Stefanie has identified four channels for change where potential solutions will make the most impact – consumer behavior, corporate responsibility, policy, and the arts – and she hopes to work with the next generation to brainstorm solutions in these areas.

Stefanie now runs Stellar Consulting, where she works with people and organizations leading the charge for change. One of her clients, As You Sow, has developed an “invest your values” suite of tools to help people align their political ethics and personal beliefs with their investments. “We’re trying to get shareholders to really understand what they own.” With increased transparency, investors can steer clear of mutual funds that invest in fossil-fuels, for example.

When people think of Cleveland, they probably know that it’s near Lake Erie, but they don’t necessarily think of Clevelanders as sailors and paddleboarders. However, Cleveland is home to a thriving lake culture. “I’m very aware of 50 years ago when the Cuyahoga River caught on fire and the impact that it had on local, state and certainly federal policy. We are so fortunate to be right on Lake Erie. It’s important that we get people to the water first for recreation so that they really understand the value that it brings and then they want to protect it.”

Stefanie hopes that her sailing adventure with eXXpedition will help educate people so they can better understand the real problem of microplastics and help them take daily action to curb such a global issue. “The goal of course, once we have all this data is how do we solve this issue? So we’ll be working to uncover solutions based on the data we’re collecting.“

In this episode of The Outdoor Journal Podcast, Stefanie discusses how she developed her passion for environmental advocacy, the media’s role in reporting the immediacy of the climate crisis, her citizen science efforts onboard the eXXpedition sailboat and how they could lead to solutions in plastic waste disposal, and how you can get involved with the charge for change today. (Listen to the full conversation on iTunes).

Follow along with eXXpedition’s round the world sail, and Stefanie’s leg from Panama to Galapagos sponsored by Travel Edge.