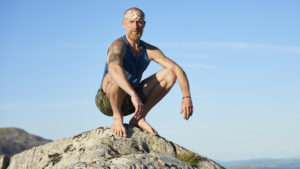 Tony Riddle kicks off a barefoot ultra-run challenge to help defend Indigenous peoples, the stewards of humanity’s invaluable traditional knowledge, a birth-right to us all.

Imagine all of the wisdom of our ancestors – forgotten.

In his day job, Tony Riddle teaches people how to integrate natural wellness into their lives. Taking inspiration from tribal people around the world, Riddle dissects modern social norms to rediscover how our bodies are actually meant to move in a biologically normal way. Through practices like breathwork and ground-living (ditching the office chair), to barefoot running, Riddle seeks to reconnect us to our primal, ancestral selves. [Riddle explains the concept of Rewilding on The Outdoor Journal Podcast].

On 29th August 2020, the father of four will set out to run all 485 miles of the UK’s Three Peaks Challenge in just nine days, while raising money for Survival International – the global movement fighting for tribal peoples’ rights. To do that, he’ll have to run over two marathons per day, about 54 miles.

Typically, runners aim to summit Snowdon, in Wales (1085m), Scafell Pike, in England (978m), and Ben Nevis, in Scotland (1345m) – the three highest peaks in each country, by driving the 462 miles between them. However, in addition to tackling each of the peaks barefoot, Riddle will don his Vivobarefoot minimalist trail runners to tip-tap the tarmac for all 462 miles. The previous record is 9 days, 11hrs and 49 minutes.

Tune in to Riddle’s IG stories to glean from his breathwork, natural running technique, mobility, and cold water immersion, which will be a critical part of his daily preparations and recovery.

There are approximately 476 million Indigenous peoples worldwide, in over 90 countries. Despite making up just 6 percent of the global population, they play an incredibly important role in preserving the legacy of humankind as the rightful custodians to some of the most biologically diverse territories in the world. In addition, of the 7,000 languages spoken today, it is estimated that more than 4,000 are spoken by indigenous peoples. It is predicted that by the end of the century, up to 90 percent of the world’s languages are likely to become extinct forever.

Indigenous peoples are also stewards to a traditional knowledge-base that is an invaluable asset to our species, even though its wisdom is shrouded by our modern-day, Western operating system that rewards greed and consumption over community strength. This ancestral knowledge, composed of skills and practices designed to manage natural resources sustainably, and honed over tens of thousands of years, is our collective inheritance.

As the victims of systemic discrimination and exclusion from political and economic power, Indigenous peoples are three times more likely to be living in extreme poverty and they are especially vulnerable during the pandemic due to the lack of access to health care and social services.

As a remnant of colonialism, one of the ugliest forces of humanity, Indigenous peoples continue to be marginalized and discriminated against in many countries’ legal systems, leaving them even more vulnerable to violence and abuse (especially women). Yet, they deserve the right to maintain and develop their ancestral environments and systems as distinct peoples. 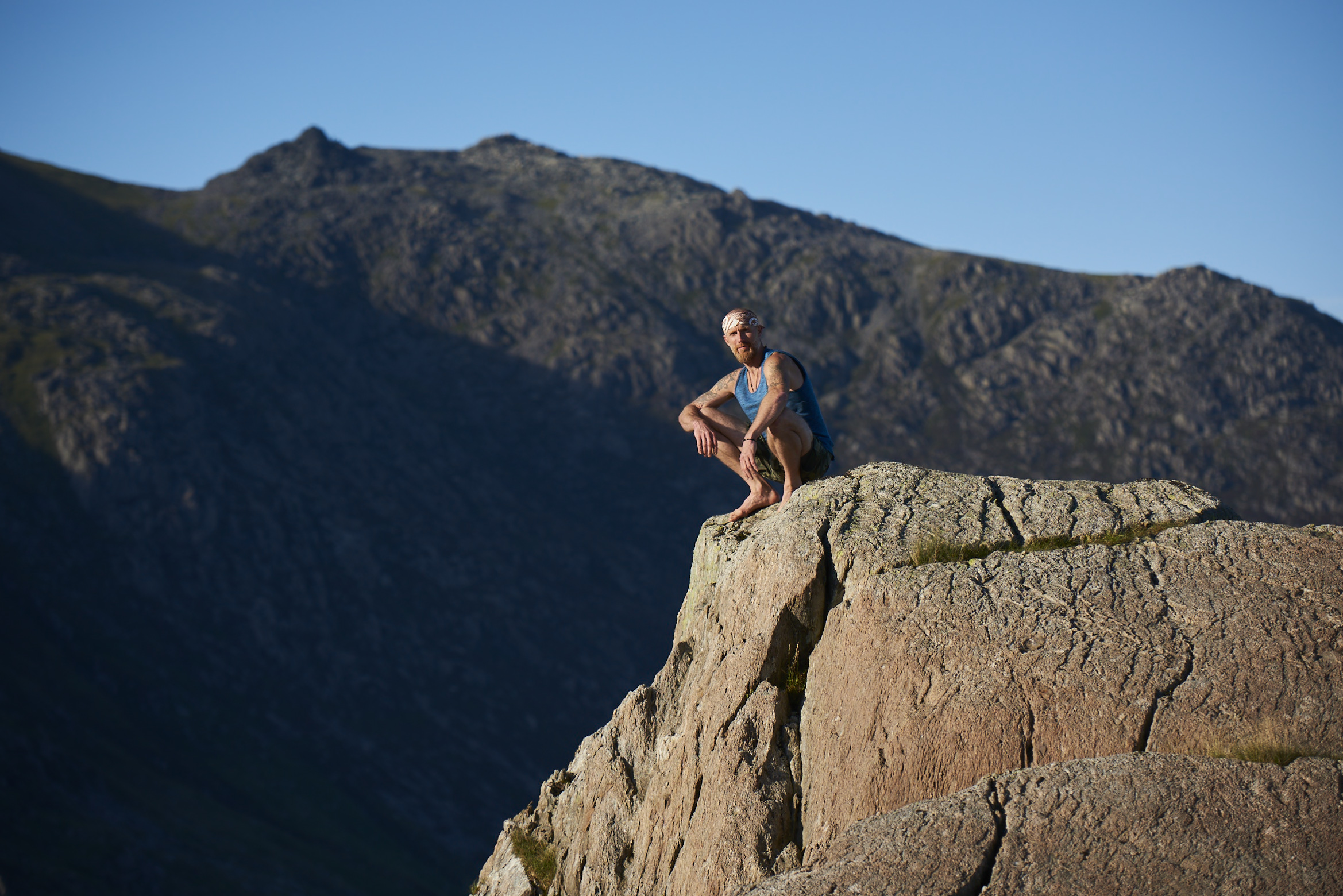 Survival International, established in 1969, provides a platform for Indigenous peoples, from the Amazon to the Kalahari, to be heard, and to seek justice. Survival fights for tribal peoples’ rights to be upheld. They stop loggers, miners, and oil companies from destroying tribal lands, lives, and livelihoods across the globe. They lobby governments to recognize indigenous land rights. They document and expose the atrocities committed against indigenous people and take direct action to stop them. 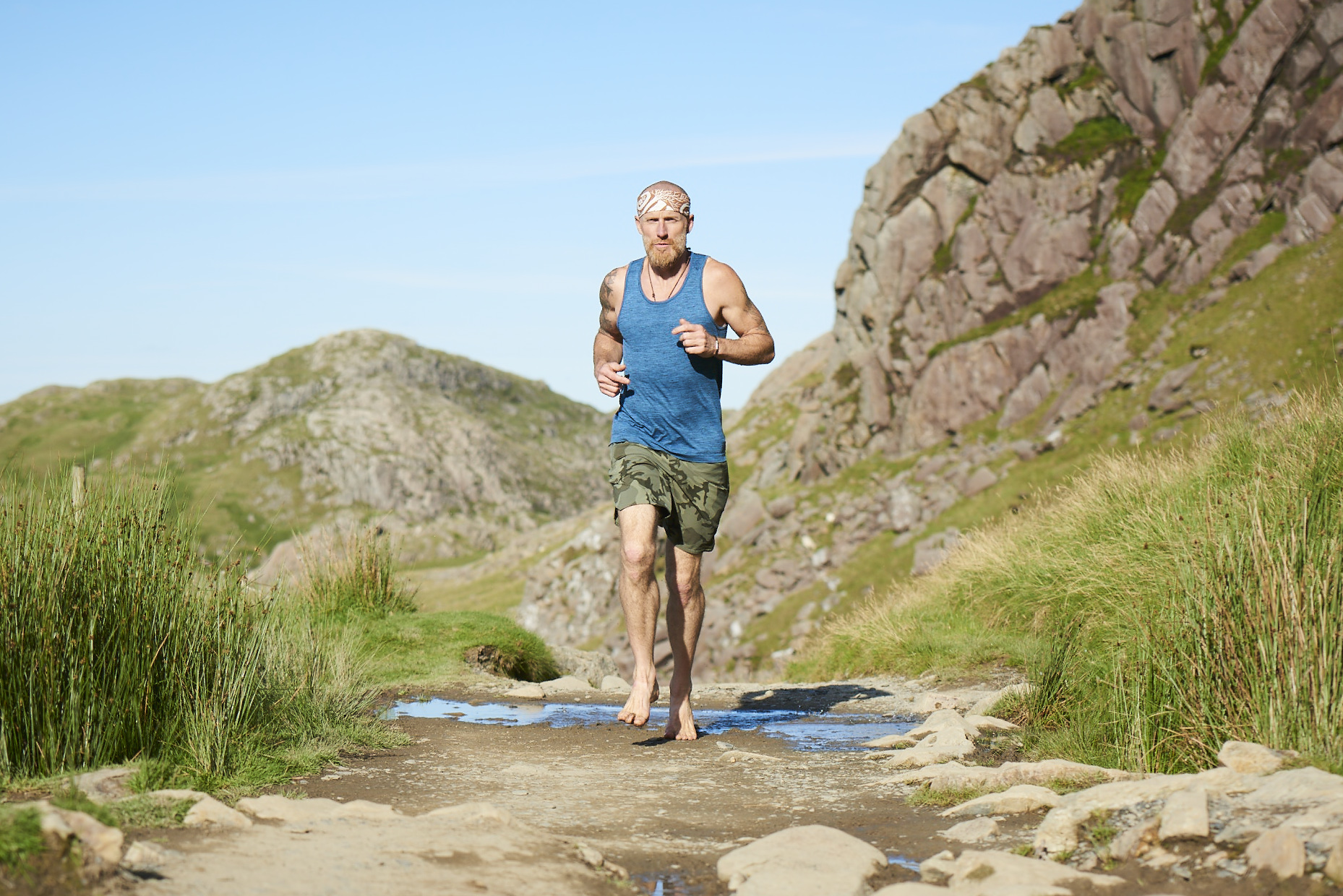 For the duration of the nine days, Tony will be asking people to show their love and support for the indigenous people of the world by donating funds to Survival International via Gofundme.

Runners are welcome to join him on the peaks. And you can follow along virtually via Instagram: @thenaturallifestylist