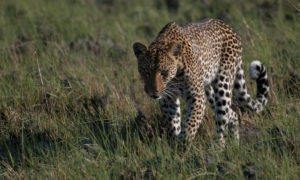 There’s a Leopard in the Lounge!

How another evening on the shores of Kafue River, in Zambia’s Kafue National Park soon became a night to remember.

Nestled under a stand of riverine trees, overlooking an immense dambo on the eastern banks of the Kafue River, in Zambia’s Kafue National Park, is Musekese Camp.

Sitting by the open fire one night with drinks in hand, our pre-dinner chatter was interrupted by a gruff cough, much like one might expect from a butler politely announcing that dinner was served. This was no butler however, this was a leopard making her presence known as she passed by in the shadows. 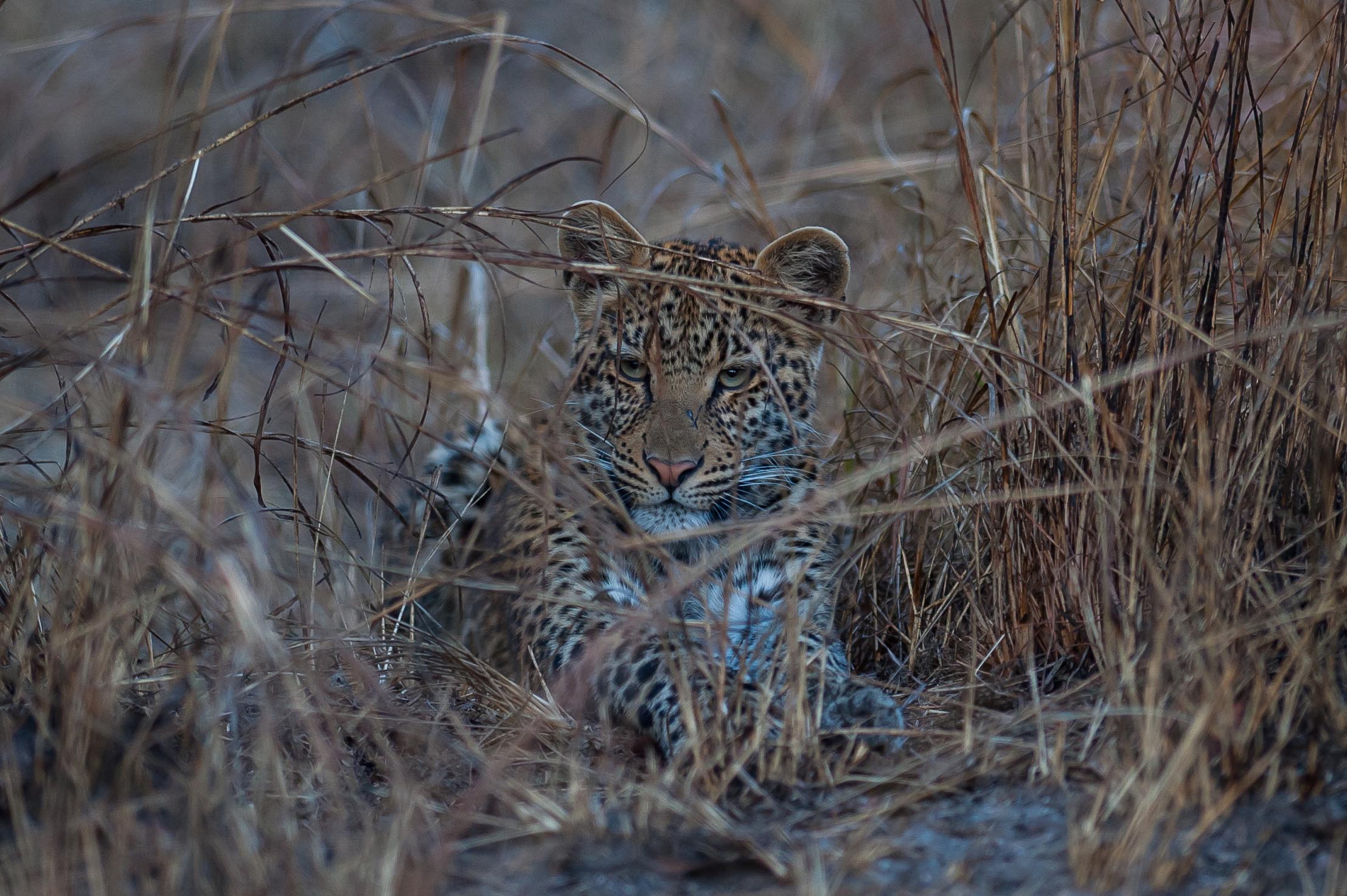 The next night, heading back to camp, after a game drive, for a much-anticipated dinner, we were stopped in our tracks by a leopard. He was stalking his own dinner. Using the sandy road as a convenient walkway, pausing from time to time to sniff the air. Hearing encouraging rustles in the long grass beside the track, he lay down to contemplate his next move. Not wanting to disturb him by overtaking, we were left sitting in the vehicle, our tummies rumbling for supper. A little later, apparently having decided the sounds he’d heard were not promising enough, he set off again, sauntering down the road. Rounding the corner we saw he had found another, even more, auspicious looking, place to lie in wait. We switched off the engine and sat silently in the dark. Puku settling down for the night got wind of the leopard’s presence and started to shift about uneasily, making tentative alarm calls. Suddenly, we were startled to see another leopard, this time a much larger male, come trotting down the track towards us. Leopard number one, being the younger and smaller of the two, and quite possibly intruding on the big male’s territory, looked nervous. The young interloper turned tail and headed, at pace, towards us. Pausing briefly as he passed our vehicle. He was close enough that we could have touched him. The new arrival also continued towards us. Stopping as he reached the vehicle, he gave us all a good look over, before continuing off into the dark. 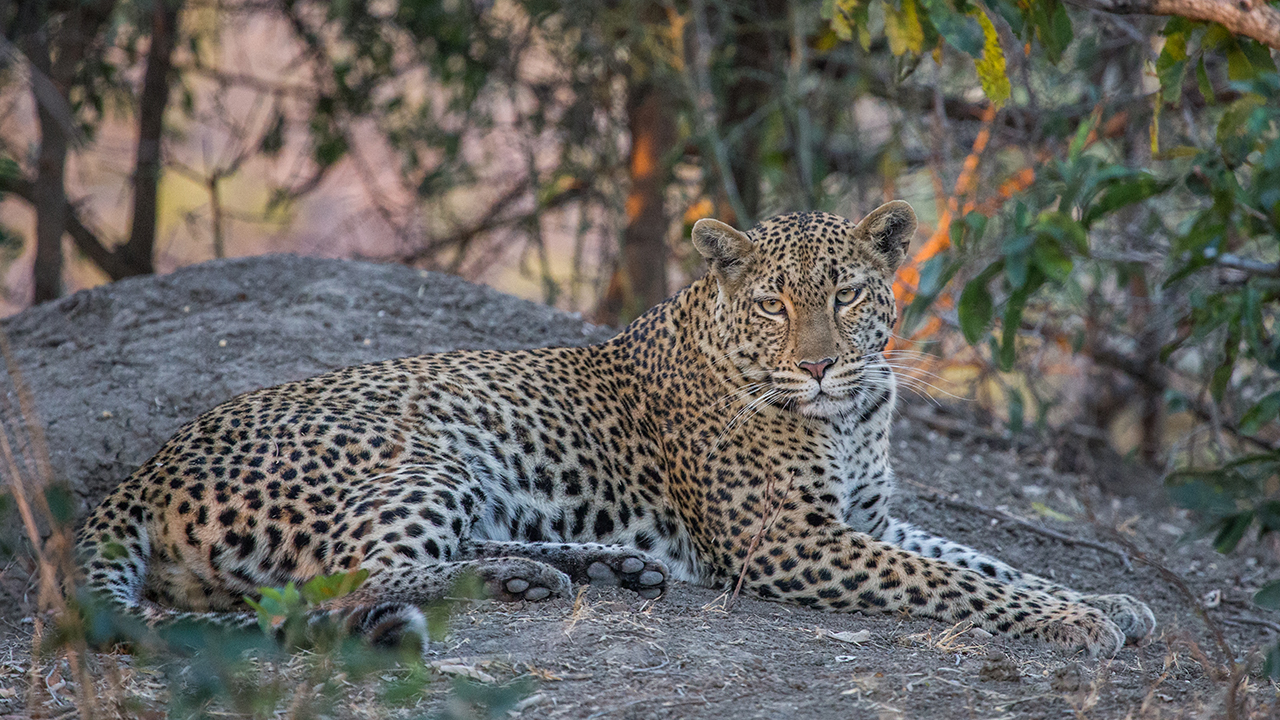 A few nights after we left Musekese, another leopard started to make his presence more known in camp. This was a young male, born close by the camp to a resident female (the ‘butler’s voice’ of our fireside experience). This youngster, approximately 8-10 months old, was initially part of a litter of two, but his sibling has not been seen for some time. Still fairly dependant on his mother, she seems pretty comfortable leaving him in the camp whilst she’s out hunting most nights. It seems like this is clearly a case of ‘while the cat’s away…’ as there have been nightly visits to camp in the shape of a young feline intruder. Initially, the camp staff just saw footprints, heard alarm calls and the occasional growl. Mother and son then killed and ate a puku in the lodge parking area. Then there were reports of the youngster walking in front of staff tents after dark, through the dambo in front of camp during lunch hour and even climbing a tree one morning and lying down to watch the guests over breakfast. Becoming more adventurous and playful one night the young leopard had a ‘midnight munch’ on shoes left inadvertently outside the lodge managers’ tent. 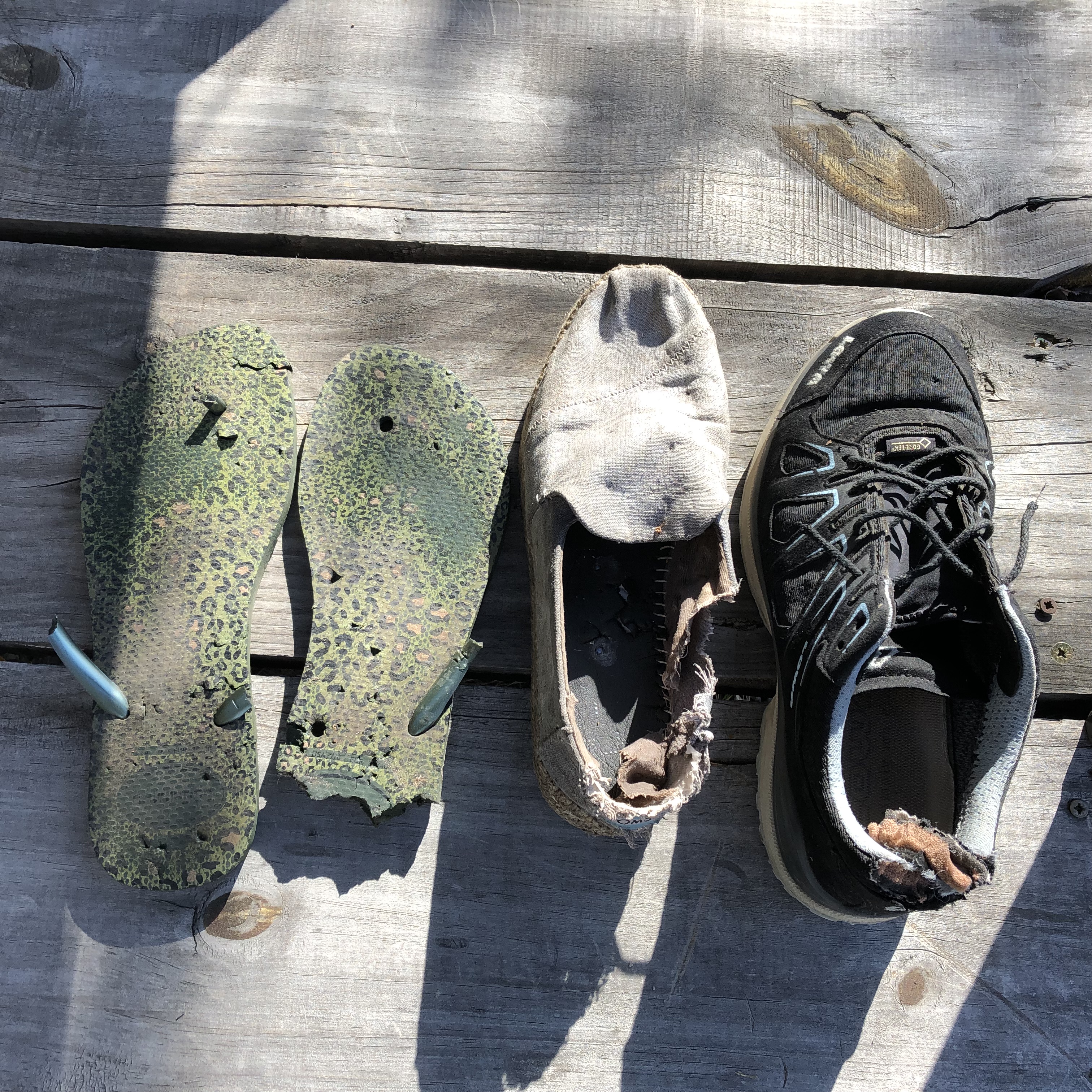 This playfulness reached new heights when left to his own devices at night, he decided to turn the lodge lounge area into his personal playroom. Mother and son make regular night-time forays through the camp, but when Richard, the waiter, found the cub on the couch alone one evening, after the guests had gone to bed, it was decided to put up a camera trap to see what he was getting up to. The next morning the bar and lounge were a bit of a shambles and after investigating the camera footage, it was soon revealed why. Giving a whole new meaning to ‘prowler’, the night time partier had not quite danced on the bar but had certainly left his footprints along its wooden countertop. He’d rifled through reading material and redistributed ornaments, before finally trying each of the sofas for comfort, rearranging the blankets, chewing on the cushions and generally making himself quite at home. For Phil Jeffery and Tyrone McKeith, who built Musekese, their ethos is “it must not only feel wild but be wild”… well, I don’t think it gets much wilder than this!

PS. Chatting to Phil, he says they will “maintain our vigilance and not become complacent, it is a completely wild animal after all… the novelty will soon wear off for the leopard and indeed he will move on to find his own territory or follow his mother into other parts of their territory.” But for now the Musekese ‘midnight meddler’ is certainly making himself at home.