From comic strips to feature films, these characters in fiction have entertained us and taken us to explore a myriad of worlds unknown. Ranging from the exploits of the daring archeologist Indiana Jones to the expeditions undertaken by the hobbits of The Shire to a common childhood favourite, Dora the Explorer—we have accompanied these characters on their adventures. The explorers in fiction are just as exciting as the real ones—they let us live vicariously through them and are universally celebrated.

Here is a list of iconic explorers in fiction, in no particular order (NOTE: there are many characters which have not been included in this list, as it would go on for a while).

Tintin and his faithful sidekick Snowy (a white Wire Fox Terrier) from the comic series ‘The Adventures of Tintin’ turned 90 in 2019. Tintin is a reporter who travels the world as a detective accompanied by Snowy who assists and saves him from imminent danger. Snowy’s thought bubbles keep the readers updated with what is going on in his mind, and although he is often distracted by food, he never fails to save the day with his instincts and courage.

Hergé, the Belgian cartoonist who created the characters once said that “Tintin is me wanting to be heroic and perfect…” and created 24 comics in the series. However, the fate of Tintin is left unknown in the last comic.

The curiosity of the top humble reporter leads him into dangerous situations, beginning from his first appearance in Tintin in the Land of the Soviets (1929–1930) as a journalist reporting on the Bolsheviks of Soviet Russia with Snowy. Tintin’s companion, Snowy, plays an important role in solving mysteries and so it was fitting that the Oscar winning visual effect specialists (Weta Digital, NZ) were hired to create Snowy for Spielberg’s feature film The Adventures of Tintin (2011). 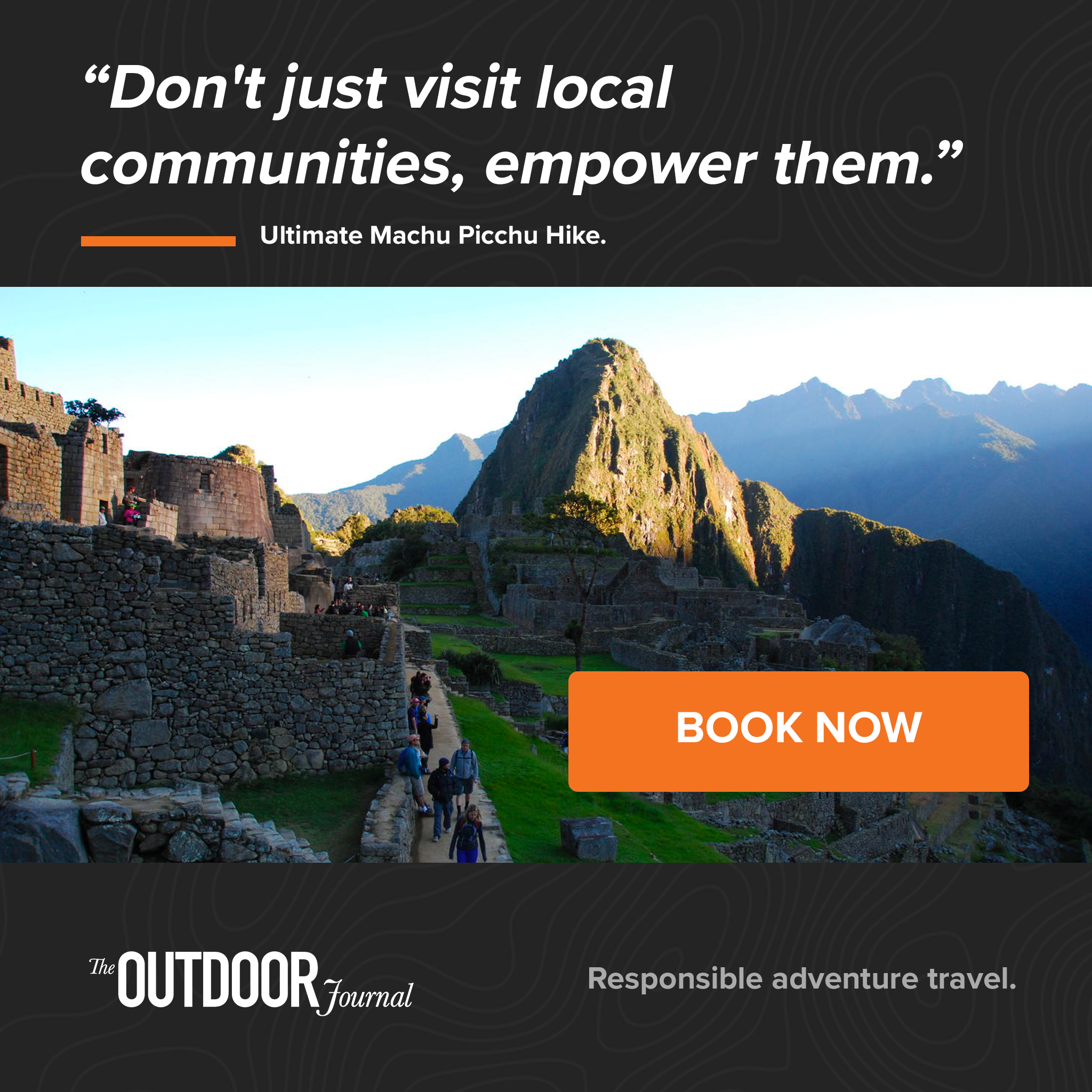 Dr. Henry Walton Jones, Junior, better known as Indiana “Indy” Jones, created by George Lucas, has become a cultural icon for adventure. When Indy is not out searching the world for treasure, he works as a part-time university professor at Marshall College. The nature of his discoveries often has to do with the prevention of the antagonists obtaining power. He explores the world looking for rare priceless artifacts and on his search for mystical objects, he often gets into trouble.

So far, there have been four Indiana Jones films (Raiders of the Lost Ark in 1981, its prequel, Temple of Doom, in 1984, and its sequel, The Last Crusade, in 1989, and Kingdom of the Crystal Skull, in 2008). His popularity led to the development of a three-season TV series, dozens of novels, comic books, video games, and theme park attractions. The first Indiana Jones video game was a loose adaptation of Raiders of the Lost Ark released in 1982.

Aside from his trademark whip, Jones is shown to be competent in unarmed combat. However, the character sustains a wound to one eye, and was forced to walk with a cane during his 90’s owing to his adventures.

“If more of us valued food and cheer and song above hoarded gold, it would be a merrier world.“

—Thorin, to (and about) Bilbo

Bilbo and Frodo Baggins are the most renowned hobbits from Middle Earth created by J.R.R. Tolkien in The Hobbit, a children’s novel initially. The two cousins stayed in The Shire peacefully with other hobbits until Bilbo was hired on a quest for The Ring. Bilbo’s adventure with the dwarves Thorin and company earned him a fortune but he was noteworthy as the first ring-bearer in the history of Middle-Earth to give up the One Ring voluntarily; he surrendered the ring to Frodo Baggins at Gandalf‘s request. During his 111th birthday party, Bilbo did a vanishing act with his ring and left to live with the elves. He writes a memoir, “There and Back Again” which is a collection of his adventures.

Frodo Baggins, Bilbo’s cousin, embarked on an arduous expedition with his gardener/best-friend Samwise Gamgee when he became ring bearer. His compassionate nature eventually helped him in surviving life-threatening situations and dealing with Gollum to destroy the “precious” Ring.

Prime Video is developing an upcoming web series set in the Second Age of Middle-Earth before the events of  The Lord of The Rings. 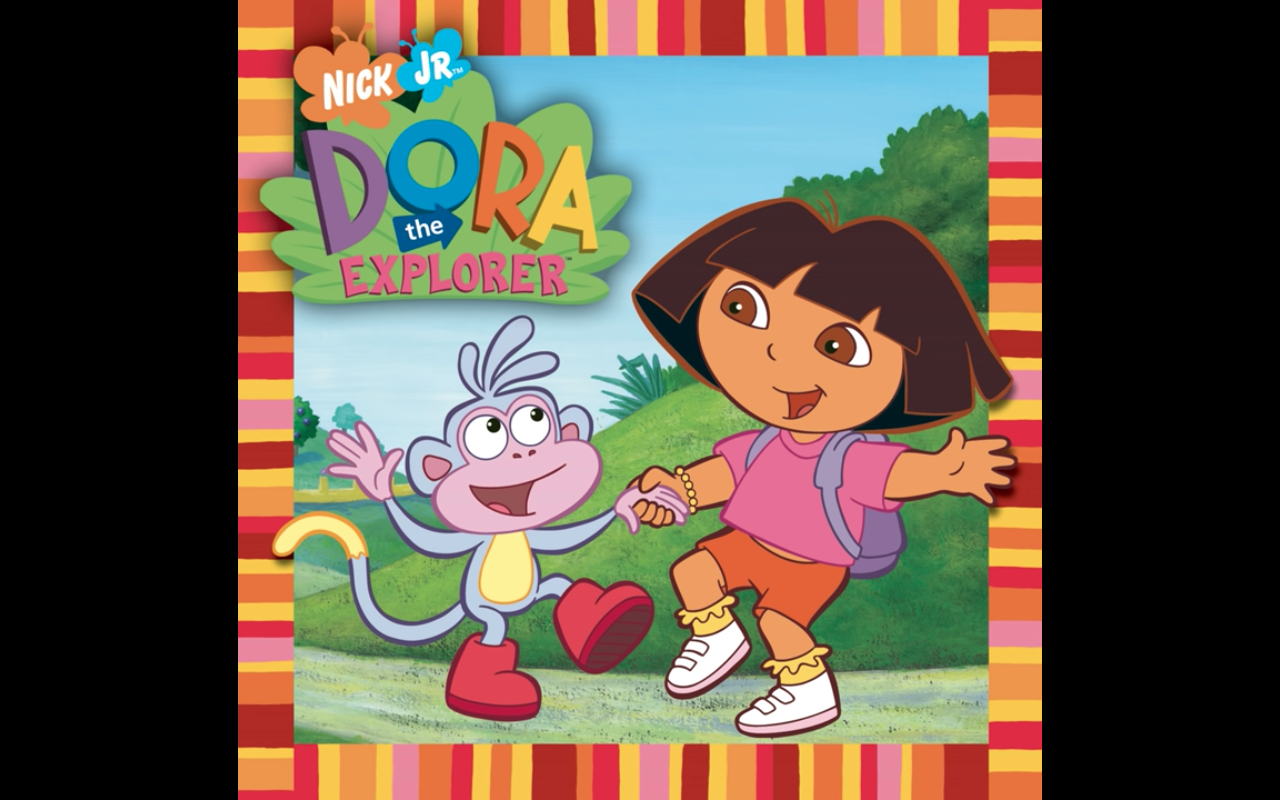 The inspiration for Dora Marquez’s first name was ‘exploradora’, the Spanish feminine word for explorer. Dora is an animated Latino character who embarks on a new adventure in every episode. In the interactive American animated TV series ‘Dora the Explorer’ we follow young Dora, her monkey Boots, Backpack, and other animated friends as they solve puzzles.  It was revealed in Dora’s First Trip that she chose Boots as her partner to go traveling with all the time because he’s the first friend she meets. The show is carried on by Nickelodeon and a Dora’s Worldwide Adventure App has also been developed.

Nearly 300 million Asterix comic books have been sold throughout the world. In the series created by Goscinny and Uderzo, we follow Asterix and Obelix—the Gaul warriors, on their adventures during Julius Caesar’s era in their fight against the Roman Empire. The best friends often insult each other verbally but make up swiftly. Calling Obelix fat, or hinted at being called fat, is one of the main causes of conflicts between them.

Asterix is an anti-hero whose wile and magic potion allows him to escape from the direst situations. Asterix has made off with Caesar’s laurel crown, won a gold medal at the Olympic Games, and much more.

Obelix’s trademark phrase is “These Romans are crazy” and he has applied a variant of it to nearly every group he’s met in his travels. One survey among young adolescent girls even made Obelix out to be the sexiest character amongst the Gauls (according to Asterix.com)!  This klutz and glutton is the only Gaul in Asterix’ village who is always strong since he fell into the cauldron with magic potion when he was a small boy.

The film adaptation of the comics ‘Asterix and Obelix vs. Caesar’ (2000) was one of the most expensive French-language films ever made. 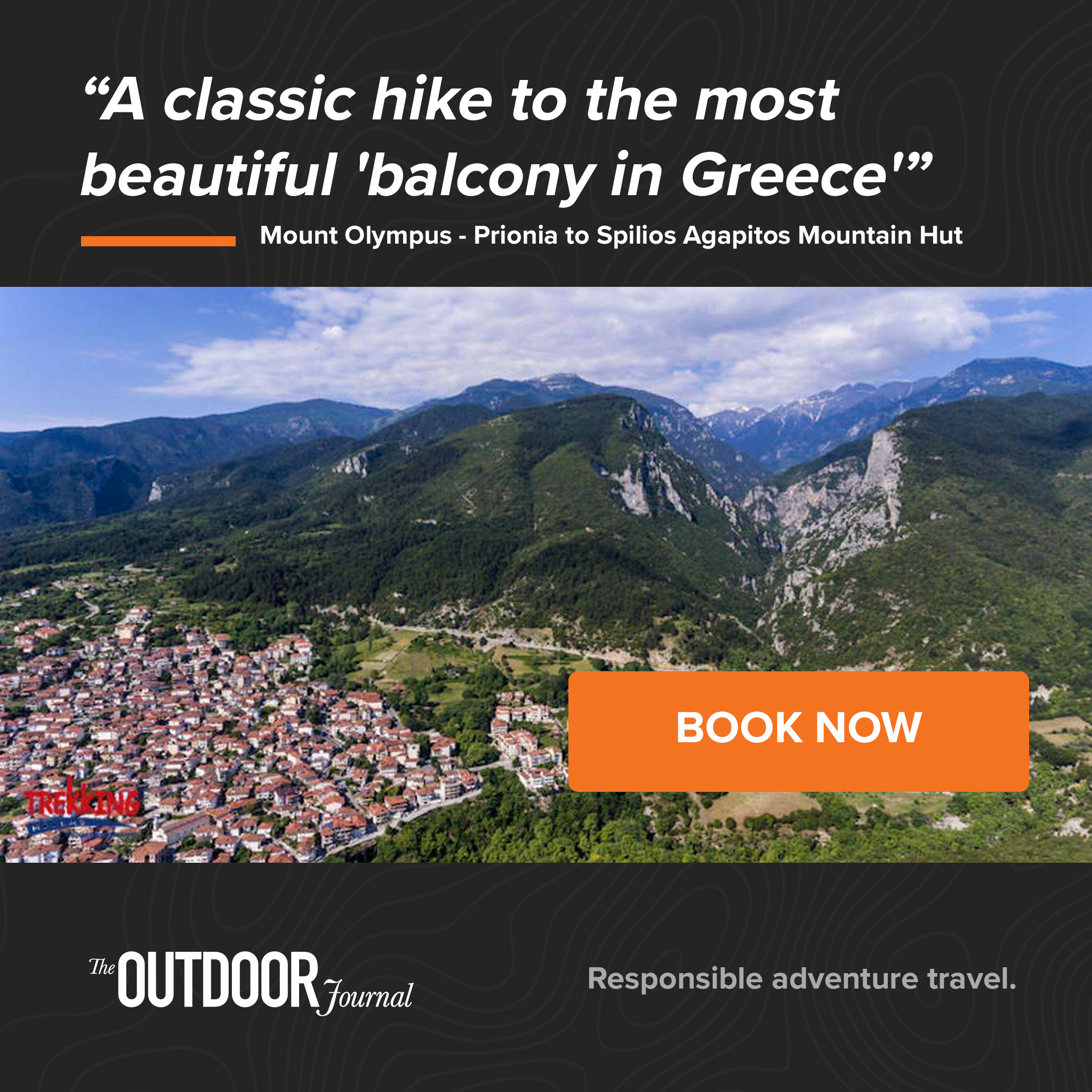 Steven Spielberg’s “The Goonies” is a 1985 American feature film following an adventure to unearth a pirate’s 17th-century treasure. A group of pre-teen misfits called ‘the goonies’ discover an ancient map in their hometown and set off to find the treasure to save their home while avoiding criminals and booby traps set by the pirate. The Goonies’ oath, “I will never betray my Goon Dock friends, We will stick together until the whole world ends, Through heaven and hell and nuclear war, Good pals like us will stick like tar, In the city or country or the forest or the boonies, I am proudly declared one of the Goonies” was later edited out of the film.

The Goonies was adapted into several video games and activity books.

“I have visited lairs, burrows and nests across five continents, observed the curious habits of magical beasts in a hundred countries, witnessed their powers, gained their trust and, on occasion, beaten them off with my travelling kettle.“

Newt Scamander, created by JK Rowling from The Harry Potter Universe, is a fictional English wizard, author, and Magizoologist. He carries with him, an enchanted suitcase which houses a number of beasts while he travels. He is an expert in his field but likes to keep a low profile and it is clearly demonstrated that he doesn’t seek fame or glory. Newt’s affinity for all creatures and his care for their wellbeing is at the heart of his character and travels far and wide to study them.

It is believed that each part of his full name “Newton Artemis Fido Scamander” is most likely referencing animals, due to his love for them.

Captain Nemo is a fictional character created by the French novelist Jules Verne, a pioneer in science fiction literature.  Among his more than 100 published books, the best known are Twenty thousand leagues underwater, Journey to the Centre of the Earth and Around the World in Eighty Days.

Nemo loves the ocean, made it his home, and has a pet sea lion called Esmeralda. The captain is consumed by a hunger for vengeance and hatred of imperialism. He roams the depths of the seas in his submarine, the Nautilus, which he assembled himself and powered it using a nuclear reactor a century before nuclear energy was discovered.

Nemo is itself the Latin translation of the Ancient Greek Outis (“Nobody”), the pseudonym adopted by Odysseus, in Greek mythology to outwit the Cyclops Polyphemus. This appears to be the intended meaning, since in The Mysterious Island, when Cyrus Smith addresses him as Captain Nemo, the latter replies, “I have no name!”

He appears in two of Verne’s science-fiction classics, Twenty Thousand Leagues Under the Seas (1870) and The Mysterious Island (1875). He also makes a cameo appearance in a play on which Verne may have collaborated, Journey Through the Impossible (1882). Nemo has appeared in various film adaptations of Verne’s novels, where he has been portrayed by such celebrated actors. 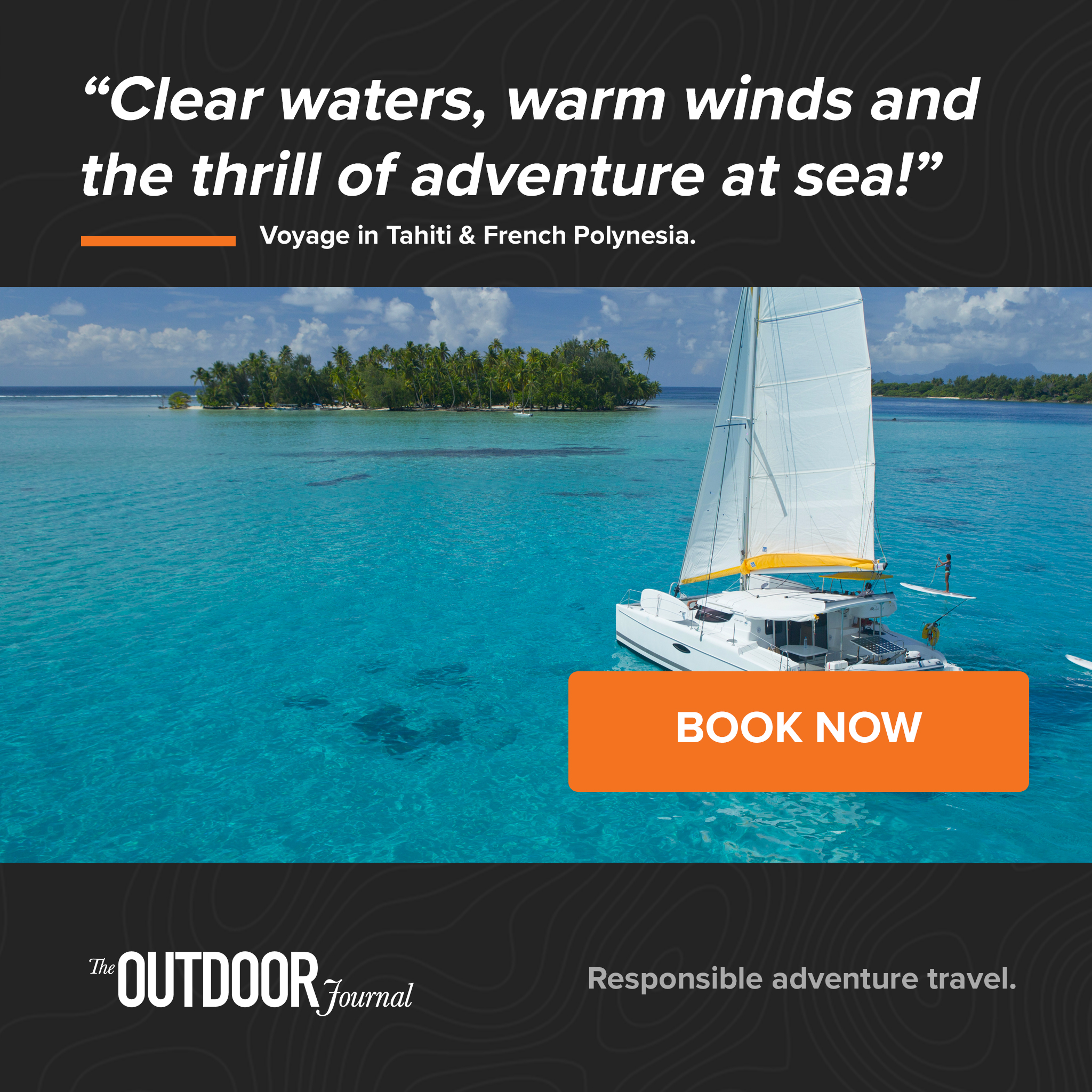 Santa Claus is synonymous with the Christmas spirit and this mythical figure (sorry kids!) has been adapted into several TV and feature films, Christmas specials, and even video games. Santa’s official address is ‘The North Pole’ where he is believed to run a large workshop with elves to produce gifts for children which he delivers on his reindeer sleigh on Christmas Eve.

Dr. Who is a time traveller who belongs to a race called Time Lords. The Doctor travels through space in his iconic TARDIS (time machine) over the series, exploring new worlds and using his sonic screwdriver as a fix for almost every obstacle. The BBC series has had three major production phases since 1963 and the character “regenerates” into a new Doctor every few years— the show is currently on its thirteenth Doctor who is the first female Dr. Who on the show.

The TARDIS is a time-traveling machine with infinite dimensions on the inside with the appearance of a small London Police Box on the outside. It has become such an iconic figurine in British culture that it is currently the intellectual property of the BBC rather than its actual makers, the Metropolitan Police Service.

Nothing speaks to our hearts like a good tale of adventure and we have accompanied several old and new fictional figures on their explorations. No matter which adventure fantasy it may be, travel becomes central to a character’s journey and everyone has a personal favourite. However, it is difficult to select the best fictional explorer of all time, given their rich and wide diversity.

As always, if you would like to get in touch, then please drop us an e-mail at editorial@outdoorjournal.com–write to us about your favourite fictional adventurer!