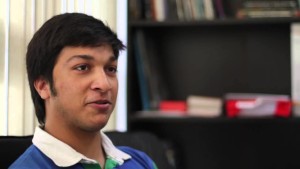 Arjun Vajpai softly hummed the song to himself between sobs as he hung at the end of a rope above a crevasse. Most music fans familiar with Bryan Adams’ chart buster “Summer of ’69” know it’s about being young and discovering sex. But singing the track at an altitude of 7,620 metres [25,000 feet] atop the tallest point on earth—Mount Everest—can hardly be akin to discovering sex. Vajpai, 16 at the time, had hours before become the youngest person to summit Mt. Everest, and here he was dangling for life by a rope, staring into the abyss of the crevasse, waiting for a helping hand.
He attributes this Everest climb to his own dream, the drive of his Army father and encouragement of an experienced mountaineer and family friend.
“I went on a mountain climbing trip when I was 10 during a vacation to the hilly outback of Pune in Western India to meet my grandmother,” says Vajpai. An hour-long trek up a small mountain and the sight of the sunset from the top was all it took for him to wonder how it would be to gaze at the setting sun from the summit of Mt. Everest, a photo of which he had often seen in his geography textbook.
While many would cite the usual requisites—strength, energy and determination—to be an Everest conqueror, Vajpai has a flippant side, claiming, “Fundamentally, anyone with money can climb Everest. And that’s what happened then [2010]. They pay a ton and it’s a great story to tell everyone. But that’s what they thought. Sadly, a lot of them died.” (Three people died attempting the Everest that year.)
Like others, smitten by the mountains despite being in tight spots during expeditions, Vajpai has no intention of resting his limbs and is all set to upgrade his resume. He continues his stringent workout regimen when he’s not studying for his bachelor’s degree in marketing, shaping his celebrity status among climbing aficionados, giving motivational lectures on mountaineering and flagging off runs and rallies across India.
Arjun Vajpai reached Mt. Everest’s summit in just 8 hours. He was 16 years, 11 months and 18 days.
Click here for the complete story