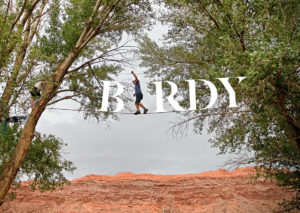 On Freedom, and the Facade of the American Dream

Many people spend their entire adult existence trapped in what others might consider a dream.

Me? I stand for freedom; and it’s worth dying for.

The fact is that life, for the most part, is spent sleeping, dreaming. The only thing you maybe do more than sleep is work at some shitty job, which someone may have convinced you is your dream. You pay for a place to live, to stay in the town you work in, and to keep working so that you can have your house and car to get back to your job.

America as a whole has lost track of its foundation. Lost respect for its populace. Lost direction towards the greater good. The federal government is fucking all of us, and we just take it like a skinny white inmate. Try for yourself to make a change — you will be met with rifles and police who are brainwashed by the system. Paid not to think, paid not to feel, with promises of benefits later in life. Just follow orders and keep the status quo at all costs. Many people haven’t even read our constitution, and when you do, you will see how far away from our roots we have traveled.

“The land of the free and home of the brave,” has turned into “the land of the fat, and home of the afraid, lazy, pathetic, and insecure;” many people turn to drugs for help. People barely go into nature anymore and can’t even start relationships on their own, turning to the internet as a helpful, non-committal, courage-less way to meet people. What happened to courage?

The fact is that most of these “social problems” stem from the horrid way of life America has put upon you. Everything, I mean every-fuck-ing-thing, is standardized, regulated, and controlled specifically to benefit a third party you probably aren’t even aware of. It’s utter bullshit, and the fact that people can’t take responsibility for their own actions anymore, without regulations, astounds me. This is why I think it is bullshit when people complain to me about the dangers of BASE-jumping. They tell me I’m crazy, that I am stupid, that I am selfish, that it’s a dumb sport, and it’s heavily regulated because of this. Did you know it’s a felony to BASE jump in Yosemite National Park? Seriously, you will be arrested, fined, and stripped of all your gear, for parachuting in a national park that is supposed to be for the public. I still jump there, partly because it’s got the most amazing cliffs in the world, but also because I really want to just say “fuck you” to the park authorities. If you want to stop me, you will have to catch me. Plain and simple.

Even though BASE-jumping is risky — the consequence can be death, or serious injury — what is wrong with that? I’m consistently immersing myself in nature, developing social relationships, staying physically active, and enjoying the fuck out of my life! Not only that, but because I have an intimate relationship with death I appreciate my life more. Why do you think death, injury, and drama in general are on TV? It’s edgy, it’s interesting, it’s moving.

The fact that many of my closest friends have died BASE- jumping, and many others have been seriously injured in their pursuit of the sport wears hard on me. But the media speaks nothing of the benefits and positivity surrounding the sport, just the negatives. Why doesn’t the media talk about fat, lazy, sickly insecure people rotting away in a pathetic facade of an existence? Well, because the system is designed for them to be there.

I clearly remember walking up to the fresh corpse of my best friend, 22-year-old Daniel “Money Makin’” Moore, and not understanding it. I got a call from a friend. He said, “Hurry, Daniel hit hard, he needs help.” I was in the car, and didn’t know what had happened. I turned around and rushed to the cliff. I ran up to the base and, well, people had told me that my friends would die, but I never really thought it would happen. In fact death and dead people these days are almost entirely removed from daily life. Families no longer bury one another, feeling the weight of the body, and naturally dealing with the passing. Morticians do that for us now, to “protect us” they say. Well there is some logic to it, because it does and has affected me heavily. Seeing his face, eyes helplessly open, dripping blood slowly from their corners, down his cheeks and from his mouth. I held his hand, which was still warm, but there was no pulse, no life, just meat and bones. It was the most intense experience I have ever had and I cried and fled. But, I’ve come to think that people need this feeling. TV tries to manifest this feeling because it is potent, visceral, and meaningful, but mostly it keeps people watching through the commercials that pay $$.

America has let me down. Insurance and liability are ruining our society’s ability to pursue happiness freely. The general public isn’t even trusted to make their own decisions anymore. That’s why the police can say that they are just protecting me from myself. Well, from me to everyone out there: Fuck you and fuck off. I’m going to live this way no matter what, so you may as well let me live the way I want to, and maybe even embrace it too. I don’t come into your office and ask you why you are a CPA, or a waitress. In fact, that would probably come across as condescending, because it is.

If you enjoy pretending that money makes you happy, keep going because there are pills you can take to fill the void inside you. None of my fallen comrades died in vain, because they all the stood for freedom, which is something most people these days take for granted. Soon it will be gone forever, and the sad thing is most people won’t even see that it’s missing.

What would you die for? Or would you die for anything? My bet is that most people in America would choose to be a coward like the rest of the brainwashed, uninspired, pathetic populace that crowds our lands like mosquitoes in a stagnant pond.

Me? I stand for freedom, and it’s worth dying for.

Feature Image: Without a harness or protection, Sketchy Andy doing justice to his name. Photo by Apoorva Prasad / The Outdoor Journal