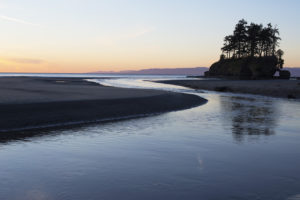 However, the continuous work of world-renowned sound recordist and acoustic ecologist, Gordon Hempton has inspired two filmmakers to head into Olympic National Park, appreciate silence and ask themselves—and everyone who watches the ‘Being Hear’ film—what purpose does nature serve?

Emmy-award winner Gordon Hempton has spent the last three decades traveling around the world, searching and advocating for silence—not the absence of sound, but the absence of human caused noise. His life’s work has appeared in films, soundtracks and video games, but has transcended far beyond that, touching and inspiring many to recognize his ‘silence activism’ through a film called ‘Being Hear’.