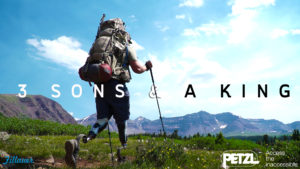 "30 miles round trip, 4100 feet elevation gain, and no legs." Sid Smith, double-amputee, attempts to summit King’s Peak, the highest point in Utah, inspiring his son and us, as outdoor enthusiasts, to challenge ourselves.

This film moved me in more ways than one. It made me reflect on my own relationship with my father and it motivated me to drag my able-bodied ass up off the couch.

Sid Smith was born with a disease called Charcot-Marie-Tooth which caused structural foot deformities and muscle wasting throughout his legs. He grew up feeling left out, unable to tag along with his father and brothers on their epic outdoor adventures like hiking Utah’s King’s Peak mountain. After numerous surgeries, he finally made the decision to go through with a double-amputation procedure in 2015, which meant he had to completely relearn mobility. Using state-of-the-art walking prosthetics Fillaur Running Blades, Sid is now able to not only walk, but also to tackle challenges like summiting the tallest mountain in the state of Utah. Well aware of the inevitable pain and high risk of failure, Sid’s grit and determination pushes him onward.

King’s peak is the highest point in Utah, the seventh tallest among the United States high points. It stands 13,528 feet in elevation and the route covers over 27 miles round trip. King’s Peak is generally regarded as the hardest state highpoint which can be climbed without specialist rock climbing skills.

The route entails rickety wood bridges, ridgeline scrambling and boulder jumping sections. The final stretch of jumbled shale rocks looks like a nightmare to fall on. One single trip would leave you battered and bruised, if not dead. It would take sure footing and deep concentration for the typical able-bodied hiker. I can’t imagine hiking on that uneven terrain without the sensation feedback from my feet and legs.

One single trip would leave you battered and bruised, if not dead

In the film, Sid attempts to complete the final section with a different set of prosthetics with a lower base that would give him a more optimal center of gravity for the uneven ground. I imagine being there in person as an observer was probably just as excruciating as it was for him. It’s a dicey move to try a completely new setup for the first time up on the mountain where there is risk of falling over and tumbling down the cliff face. As the viewer, you want to will it to work, but it just doesn’t. This scene gives the audience a glimpse of Sid’s perseverance over the past 3 years. He was able to relearn the small things in life, and ultimately ascend mountains, because of his strong character and willingness to troubleshoot, to fall and get up, to fall again and get up again and to never give up.

When he makes it to the top and hugs his son, softly patting him across the chest, he’s happy because he was able to gift his son the sensation of pride for him as a Dad. Shattering his self-view as the runt of the litter, he becomes the adventurous father.

From the audio mixing of flowing rivers and wildlife to the the non-diegetic soundtrack, V6 Media’s artistry shines.

V6’s production is of the highest-quality. It can stand next to some of my favorite outdoors documentaries like 180 Degrees South and Meru. The filming storyboard is comprised of a variety of angles including an exciting juxtaposition of close-up shots of the subjects with stunning wide shots and drone footage that present an appreciation of the mountainous landscapes and starry nightscapes. One of the best shots of the film is a medium shot of Sid’s genuine smile as he fishes with his son. The clip illustrates Sid’s appreciation for spending a moment with his son, and the acknowledgment that those moments are few. Another one of my favorite clips is a 270 degree drone shot that swings out over the climbers scrambling along the ridge to show its steepness.

Notwithstanding the inspirational story, the crowning achievement of the film is the sound design. From the audio mixing of flowing rivers and wildlife to the non-diegetic soundtrack, V6 Media’s artistry shines. The single best technical aspect of the film is the marriage of visual content to the music. There are several action moments that are expertly timed to a crashing crescendo and deep bass boom that delivers a visceral impact on the audience.

Read Next on The Outdoor Journal: Himalaya’s Hardest Climb – The Shark’s Fin on Meru Central 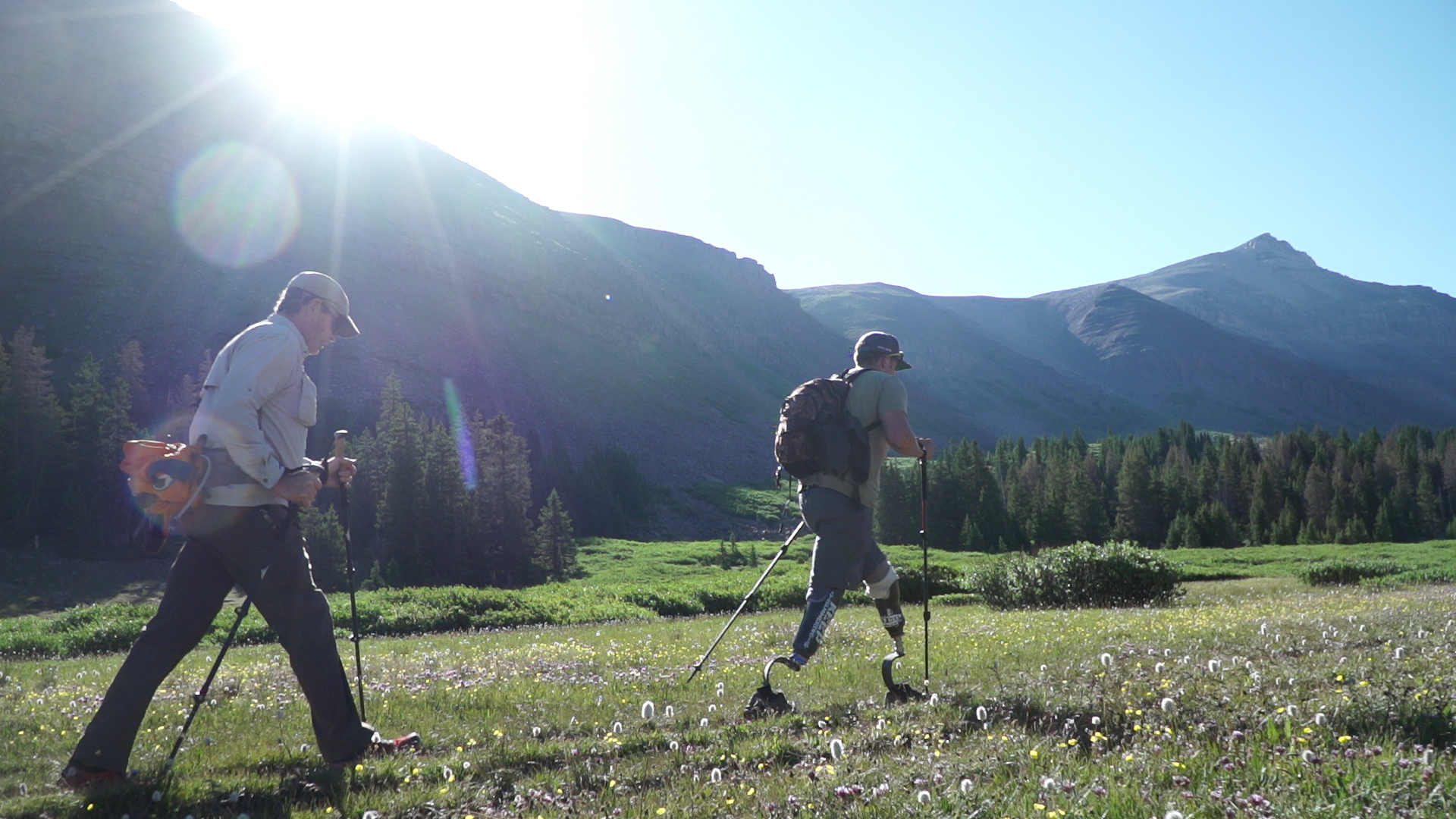 Simultaneously a compliment and a critique, I felt frustrated that the film is less than 8 minutes. It left me wanting more. There seems to be more to the story, and enough engaging content to reach feature length, in my opinion. The short film would be richer by adding more backstory about Sid dealing with his disease growing up, and his decision to go through with amputation, which you can find in a related video here: How I Conquer | Sidney Smith. If you’d like to learn more about Sid’s story and his burgeoning career as a triathlete, check it out.

From an editing standpoint, I think the film is missing one more line of narration. The last line carries truth and wisdom, but I would argue that it comes off as negative in tone. I wish there was one more line afterwards on an uplifting beat. I yearned for some resonant line that I could take with me and mutter to myself while I’m in the midst of a formidable challenge – some mantra I could repeat that would give me strength like Sid.

Conclusion – 3 Kings of the Mountain

This story, following three generations as they embark on the King’s Peak challenge together is a great example of fear-bonding. When men encounter a scary situation together, and push past the fear, it unites a camaraderie between them far deeper than the plain knowledge that they share the same blood. Reflecting on the title, I wondered, so which one is the king? The three generations of father and son working together to summit the peak concludes with each one of them truly becoming king of the mountain. Their journey made me think about when was the last time I did a challenge like that with my own father. I welled up with tears, reflecting Sid’s emotion. But the ending didn’t leave me feeling sad, but inspired instead. We can expect more authentic, high-quality productions from V6 Media in the future.