Once found all over Africa, the number of African Wild Dogs have drastically declined over the last 100 years. Seen as pests by farmers and blamed for livestock deaths (more often than not the work of lions or hyenas) they are regularly poisoned or they catch distemper and rabies from domestic dogs. African Wild Dogs require huge ranges and habitat fragmentation has caused their decline. Nowadays populations are limited to pockets of wildlife sanctuaries and reserves. Thankfully the African Wild Dog has undergone a very good PR makeover over the last few years and has now become one of the most wished-for safari sightings.

Easily recognisable with their tan, black and white coats, each as unique as a fingerprint, wild dogs are highly social animals, living in packs led by an alpha male and female. These are highly successful hunters, with a success rate of around 80% (remarkable considering lions only average 30%). Hunting in packs, that number anywhere from five to forty, adult wild dogs unite to become an awesome killing machine, communicating constantly with bird-like chirrups and hoots. They are prodigious athletes, able to outrun almost any creature over long distances. Using stamina to overcome their prey, they can maintain an impressive 50km/hr for extended periods of time, occasionally reaching top speeds of 70km/hr… effectively running their prey to exhaustion. Wild dogs have an ability to coordinate their moves, combined with their relentless running skills, this enables them to take down animals over ten times their size. Before the pack literally tears them limb from limb, at an astonishing rate; eating pretty much the entire carcass. After the hunt, the pack will usually return to the den, where they regurgitate their kill for pups, as well as old or injured pack members. Unlike other social carnivores, wild dogs have an extraordinary social dynamic and the whole pack will work together to raise a litter of pups, even if that means letting them feed first on a kill.

Wild dogs are my favourite animal to see on safari. One of my most memorable encounters was in Zimbabwe’s Mana Pools National Park, when late one afternoon we sat, silently watching a pack of sixteen wild dogs. They lay napping in a shady depression, camouflaged by their mottled coats. The air was warm and still. The only sound to be heard was a distant bird call. Aside from the occasional flick of a tail, the pack lay inert. We were transfixed. The sun sank lower in the sky. One by one the dogs woke, yawned and stretched. Getting to their feet, the pack members exchanged elaborate greetings… whimpering as they sniffed, smelt and licked one another. Gradually the dogs became livelier; prancing and playing. There was a definite light-hearted atmosphere amongst the pack as they gambolled together, waiting for the last few deep sleepers to stir. Playtime over it was time to get to work, and the pack readied themselves for the night’s hunt, before disappearing off into the setting sun.

Whilst a wild dog sighting like this may be memorable, it is not common. Nowadays wild dog populations are limited to pockets of wildlife sanctuaries and reserves, and they remain under threat with population numbers continuing to decline. Fortunately, there are people and projects committed to saving this special species. One such person is Margot Raggett, and one such project is the stunning Remembering Wildlife series of photography books. 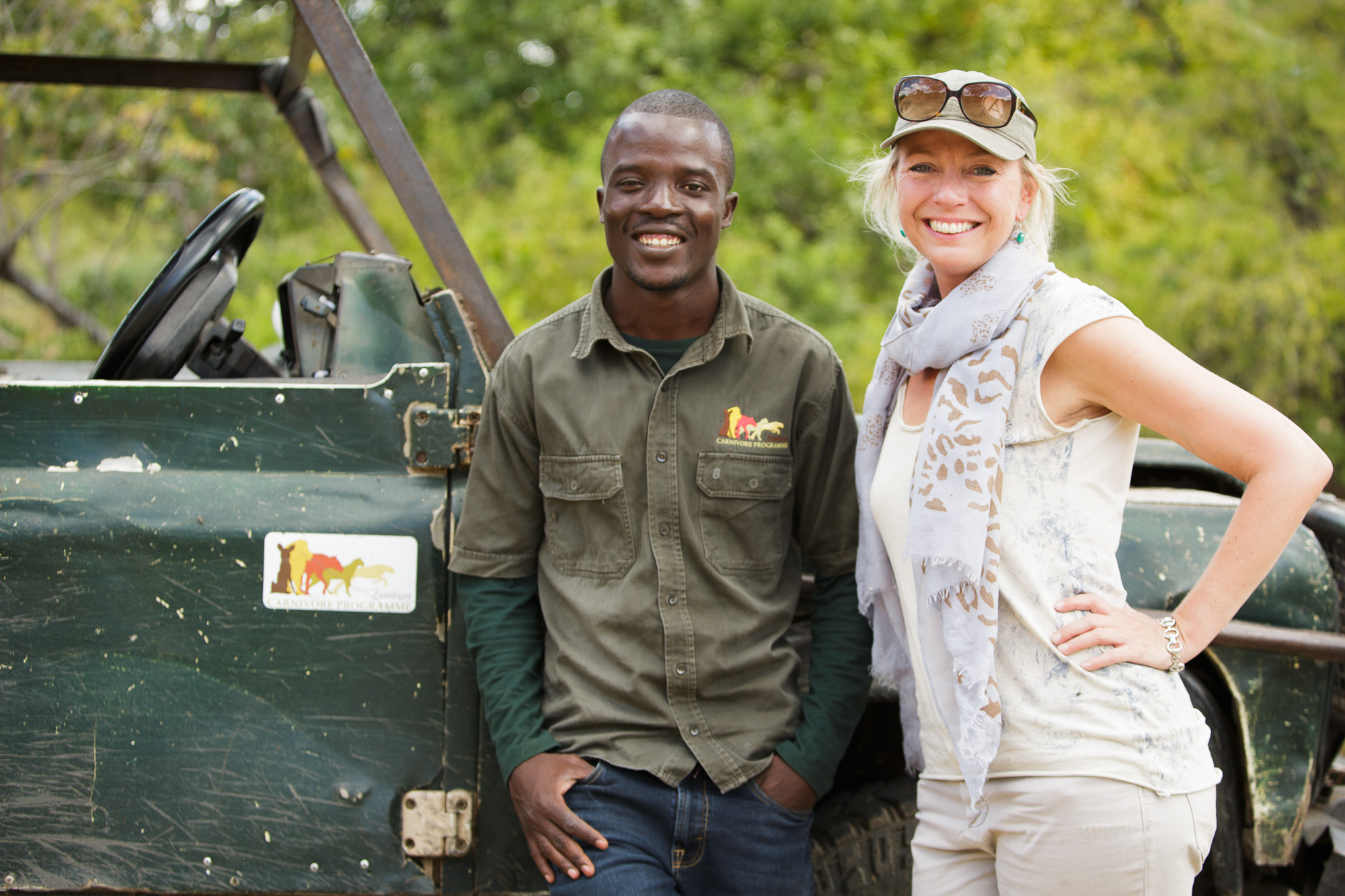 The series has distributed over a million dollars to conservation projects across Africa and Asia.

Margot gave up a career as CEO of a London PR company and went to Africa to follow her love of wildlife photography. In 2014, her path changed again, she was in Kenya and came across the carcass of a poached elephant. So deeply affected by this, Margot was determined to do something about it. She spent months persuading some of the world’s best wildlife photographers to donate photographs she could include in what she planned would be “the most beautiful book on a species ever seen”, the sale of which would raise funds for elephant conservation. The book, Remembering Elephants, was launched in 2016. After the success of Remembering Elephants, Margot was inspired to push on, and next came Remembering Rhinos, then Remembering Great Apes, followed by Remembering Lions and Remembering Cheetahs. Five years of ‘camera-derie’, 200 donated images, and five books later, the Remembering Wildlife fundraising photography book series, has raised over $1.1 million for conservation and has just released the sixth and latest book in the series, Remembering African Wild Dogs.

Altogether more than 32,000 books from the Remembering Wildlife series have been sold, and the series has distributed over a million dollars to conservation projects across Africa and Asia. Profits from the books have gone to 55 conservation projects in 24 countries, including Kenya, Malawi, Zambia, Ethiopia, Zimbabwe, South Africa, Namibia, Mozambique and Uganda, with all profits being given directly to projects focussing on the species that each book is focused on. 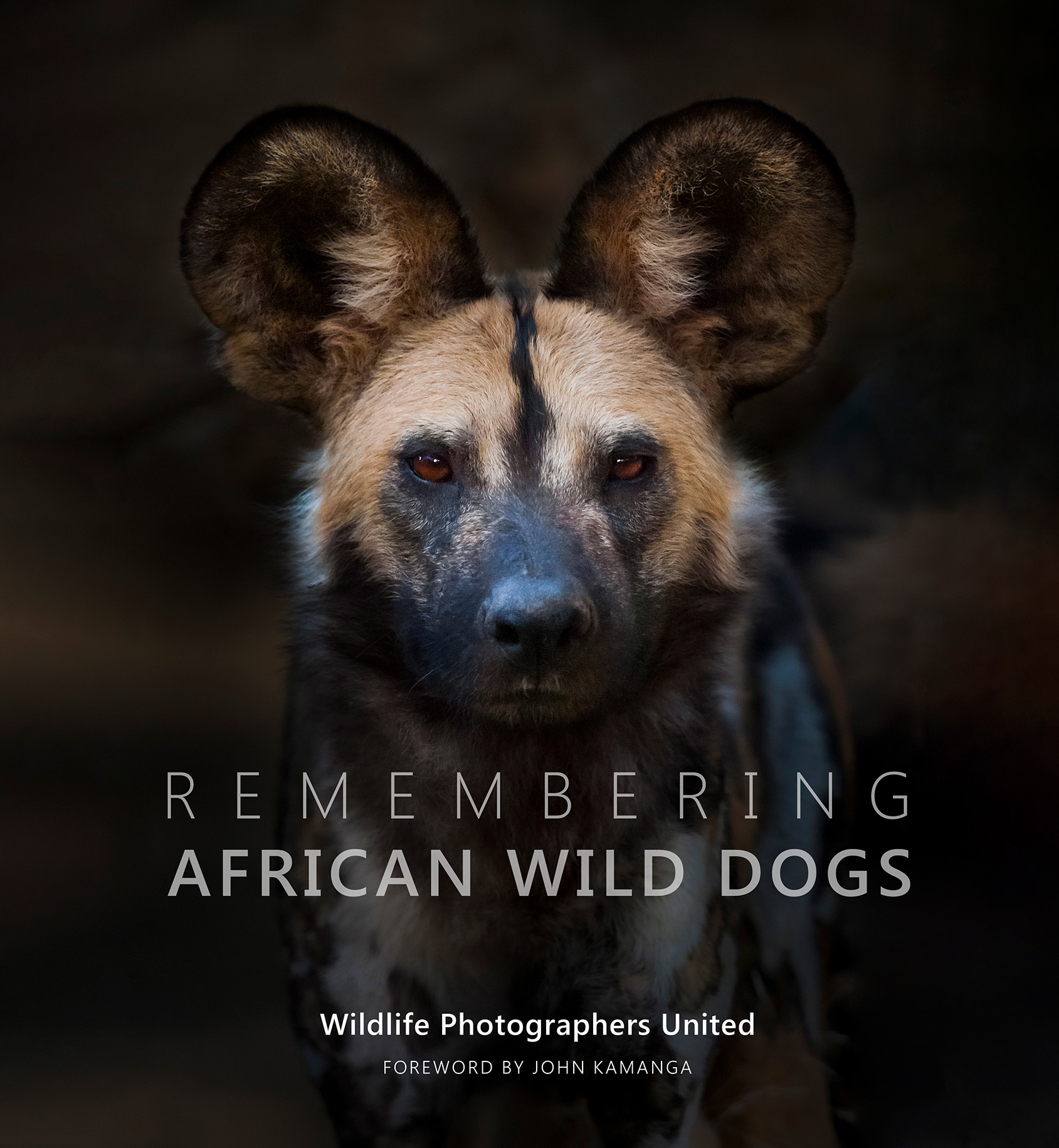 Building on the incredible success of the series, Remembering African Wild Dogs, the sixth, and latest, book in the series and has just been launched. The book is beautiful. Full of stunning photos, donated by more than 80 of the world’s top wildlife photographers. Remembering African Wild Dogs aims to demystify the species, raise awareness of their plight and raise funds to protect them. In fact, this breath-taking book made its first donation, before it was even launched, giving $25,000 to support the successful reintroduction of African Wild Dogs into Malawi, after decades of absence.

How Does It All Work?

Unlike many other fundraising organisations Remembering Wildlife runs as a business and not as a charity. So unlike most charities, they don’t ask for donations (though they’ll accept them if you offer!), instead they sell you something beautiful, a book or a print, and promise that 100% of the profits will go to conservation projects.

To purchase copies of any of these beautiful books just go online:

In addition, Remembering Wildlife, marked its fifth anniversary with the launch of an online print shop, where a selection of images from the whole collection are available for purchase. These are images by some of the best wildlife photographers on the planet. Profits from the sale of prints will be shared between Remembering Wildlife and the photographers, not only as a thank you for their support but also in acknowledgement of the difficulties wildlife photographers have faced during the pandemic.