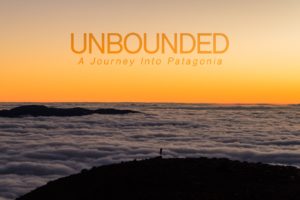 We love expedition documentaries, but weren’t sure whether to laugh or cry while watching total newbies packraft without knowing how to swim, or put on makeup before hiking the Greater Patagonia Trail… wearing cotton sweatshirts.

The Greater Patagonia Trail (GPT) is a 3,000km route running north-south through Chilean and Argentinian Patagonia. I call it a “route” rather than a “trail” because, the GPT is more of an idea of a trail, rather than an actual trail at this point. Much different from the Pacific Crest Trail or the Appalachian trail, the route does not have one clear trail to follow. The route follows horse trails, foot paths, dirt roads, and rivers from Santiago, Chile all the way to a glacier just south of Fitz Roy, Argentina. Sometimes the “trail” map simply shows a straight line moving in a certain direction, and hikers are expected to use GPS or map and compass to figure out how to bush-crash their way there. Testaments about the GPT have dubbed it the hardest long-distance “trail” in the world. The route brings hikers through jungle-like brush, scree fields, and peat cliffs. It brings hikers up cliffs, across rivers, down rivers, and through mountain passes. The route is dangerous, remote, committing, and not for the inexperienced.

the GPT is more of an idea of a trail, rather than an actual trail at this point

Last year, a group of four backpackers and filmmakers set out for four months on the GPT to document the route and their journey. Their documentary film, Unbounded, highlights the lack of experience the group had coming into the trip (extremely unprepared), and their resulting learning experiences throughout the journey.

The film begins by introducing each group member, describing their purpose on the team, and their level of experience in the backcountry. Only one (if that) out of the four team members had the proper backcountry experience necessary to safely pull off an expedition of this caliber. Seriously, they were packrafting a section of the route, and one team member didn’t even know how to swim! That isn’t exactly what I would call safe decision-making. Nearly half of the film’s narrative is based on the struggles, mishaps, and dangerous situations the group gets into due to their lack of backcountry experience and knowledge.

Seriously, they were packrafting a section of the route, and one team member didn’t even know how to swim!

While reviewing a documentary like this, I can look at it one of two ways. I can either judge the group harshly for going into this expedition without the proper experience, or I can celebrate them for putting themselves out there, getting uncomfortable, and enduring a bit of suffering in order to make the expedition a success. Yes, the group was very unprepared, and yes they probably put themselves at serious risk by coming into this with such little experience. But despite all this, I am surprisingly finding myself inspired by their tenacity to keep moving forward through the suffer-fest. The group didn’t exactly make the best safety decisions in the backcountry, and they struggled quite a bit because of it, but I think these struggles and mishaps actually made the film more interesting. I am therefore going to choose the latter of the two options for this review and congratulate the team on their film.

With the majority of today’s adventure films being about world-famous mountaineers with high-profile sponsors, it was actually a bit of fresh air to see a film about the average joe seeking out an epic adventure and making it happen. I liked watching the group take a risk by deciding to throw themselves full-on into this expedition, just because they wanted to. No sponsors, no professionals, no fancy gear. Simply a group of like-minded individuals seeking out an epic adventure in the backcountry of Patagonia. In an expedition-based film, I would never expect to see the expedition members wearing cotton sweatshirts while backpacking through Patagonia, or applying makeup before a 16-km day (I laughed so hard when I saw that). There were many times in the film where the expedition members would outwardly admit their incompetence. But instead of being stupid about it and continuing to make bad decisions, they would learn from their mistakes, and keep chugging along with their mission. The film turned into a coming-of-age story as the expedition team made poor decisions, suffered a bit, and eventually learned to make better decisions! I found myself laughing at the team members a lot, but also feeling a bit of empathy for them as I was reminded of the poor decisions I have made in the backcountry.

The last ten minutes of the film strayed a bit from the group’s journey, and instead turned into an advertisement for Patagonia, leave no trace backcountry principles, and environmental conservation. I like that the film is promoting environmental conservation and good backcountry ethics, but I would have been happier if the message had been more subtly added into the story throughout the film. Having the promotional message in a seemingly separate segment at the end felt like I was being preached at.

I found myself laughing at (or with) the group members as they made mistakes, then felt proud of them when they overcame the difficulties.

All in all, I enjoyed the film and the message it portrayed. I found myself laughing at (or with) the group members as they made mistakes, then felt proud of them when they overcame the difficulties. I do think the group took a massive risk in taking on such a big expedition with such little experience. While I would definitely not recommend this approach to backcountry expeditions, it ended up being fun watching them learn from their mistakes and eventually accomplish their goals. And, despite my slight negativity about the way the film pushed the environmental message in the last ten minutes, I really shouldn’t complain. It is an important topic that needs to be openly talked about, especially when referring to wild areas like Patagonia that are under threat of development.

You can watch the film for yourself in the following places: iTunes, Amazon, GooglePlay, Vimeo