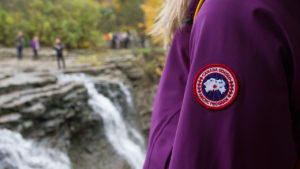 Wild Goose: A Visit to Canada Goose in Toronto

The Outdoor Journal travelled to Toronto to get a behind-the-scenes look at the brand that builds the world’s warmest jacket - and is also 100% made in Canada.

This article originally featured in the Spring 2015 print issue of The Outdoor Journal.

During yesterday’s morning coffee meeting, The Outdoor Journal’s editorial team discussed the growing number of Canada Goose jackets, to be seen on the streets of New York City. A fashion statement, but not just a fashion statement, a well-tuned piece of technical equipment too. Our Editor-Chief reminded us that a member of our team visited their offices in Toronto a few years ago, and prompted us to revisit the following article.

Scientists wintering in Antarctica wear it. Barack Obama wears a custom-made one. So does top adventurer Ray Zahab, who in 2008 walked unsupported to the South Pole in just under 34 days. Canada Goose makes the warmest jackets in the world. One of their proudest statements is that they’re “100% made in Canada and sold in China”. The country’s minister of finance called the brand a national treasure. So with all the hype, we acceded to their invitation to fly to Toronto to check out what is arguably the best cold-weather clothing anywhere. 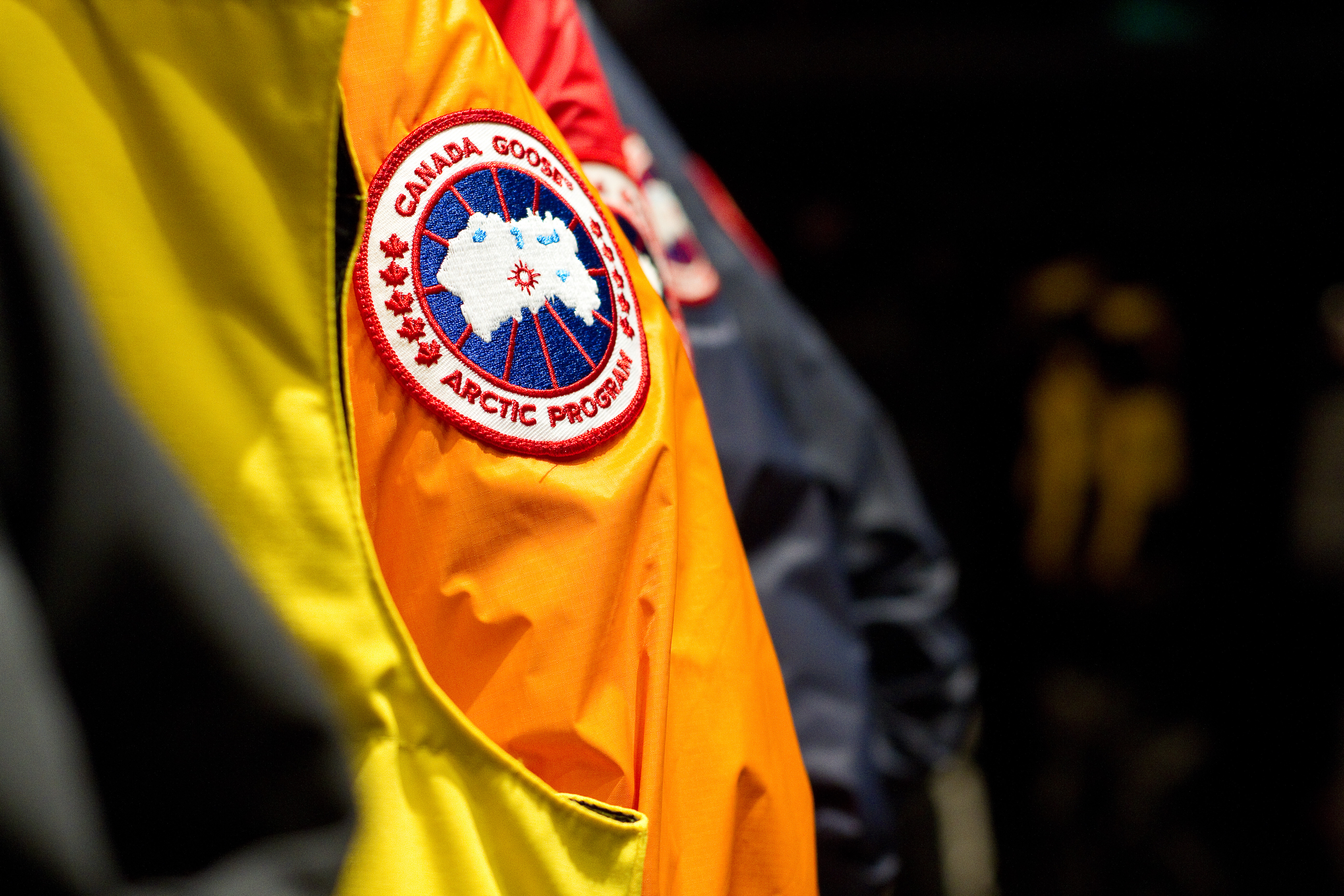 “I didn’t go to design school, I have a degree in outdoor recreation”

Behind a showroom front with displays on the wall including Laurie Skreslet’s Everest jacket from 1982, was a factory floor lined with women behind sewing machines. Swatches of fabric lay in marked bins, and the din of stitching and cutting filled the air – as well as wisps of their eponymous down feathers. Canada Goose was started in 1957 as Metro Sportswear by a Polish immigrant, Sam Tick. Today, it’s run by his grandson, Dani Reiss, and in the last thirteen years their business has gone from $3 million to $200 million; and got invested in by Bain Capital. Reiss’ controversial decision early on to retain manufacturing in Canada is evidently paying off in spades. With international growth, they’re “rebuilding a manufacturing industry that was decimated years ago,” says Kevin Spreekmeester, the brand’s marketing head. This year they’re also planning to be available in India.

We met chief designer Spencer Orr, who calls himself a “professional camper”. “I didn’t go to design school”, he told us. “I have a degree in outdoor recreation”. It shows in their products, which while are popular as fashion statements, more importantly, do the job better than any other. 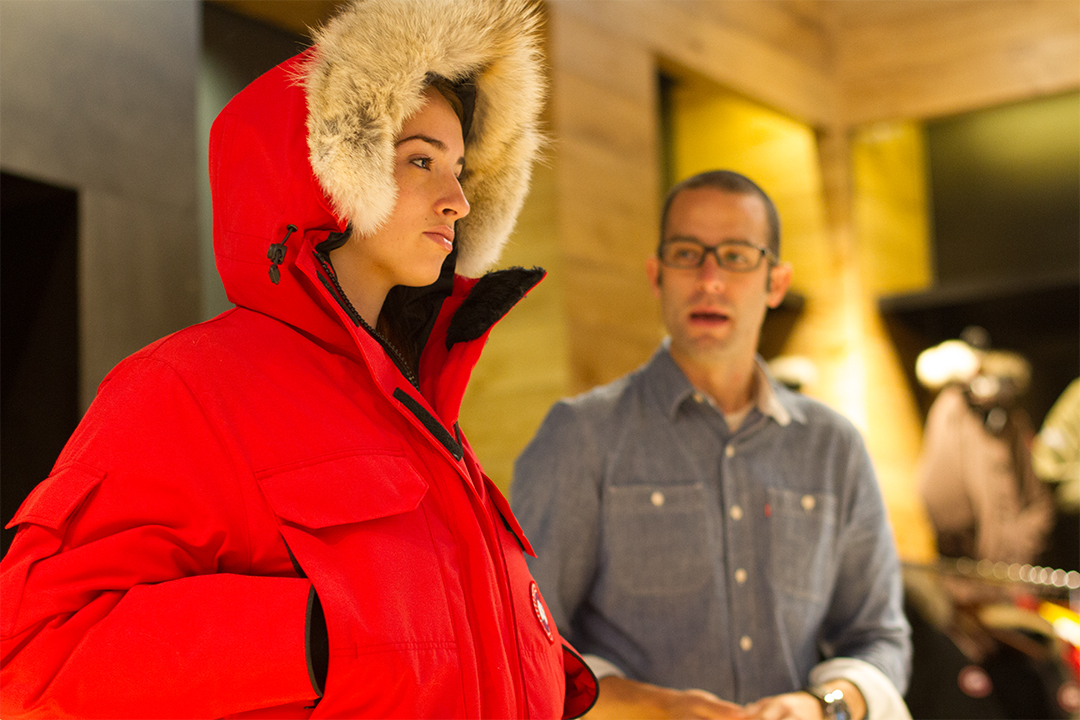 The heavy-duty – and heavy – Snow Mantra Parka is the warmest in the world, for example – built to withstand a mind-boggling -70°. It’s actually too warm for Antartica summers. If you’ve ever worn one, you can tell it’ll help you survive. The Parka is cut thigh-length for maximum coverage, the coyote fur-lined hood ‘tunnels’ out, and the whole thing is made with what they call “Arctic Tech” fabric, a cotton-polyester blend. They state that the fur is used only when dictated by function. But we ask him, what about the adage – cotton kills in the cold? Spencer tells us that in extremely cold conditions this works fine because there’s no moisture it can absorb, and the fabric is more durable and resistant. From this heritage, you get an entire line of parks and jackets, from the Expedition Parka to the Mountaineer Jacket. Each piece is developed in consultation with staff and Goose People, from its original utility into something that can be worn from the high street to the high mountain.

“Dad, we have the world’s toughest musher in our living room”

“Goose People” are athletes and adventurers who fit the soul of Canada Goose, people like Lance Mackey, champion dogsledder, winner of the gruelling 1000-mile Yukon Quest, and the classic Iditarod. Their selection may seem a bit idiosyncratic, but Spreekmeester explains that the person should fit the soul of the brand and be like a member of the family – Lance, for instance, ended up staying at his place when they were discussing his booming a Goose Person. Ray Zahab is incredibly easy-going in person, when we go for a short hike with him. He explains how he was a fat slob sitting on the couch when he decided to get fit, run across the Sahara Desert (yes, all 4,300 miles of it) before founding impossible2Possible to inspire youth through adventure education. 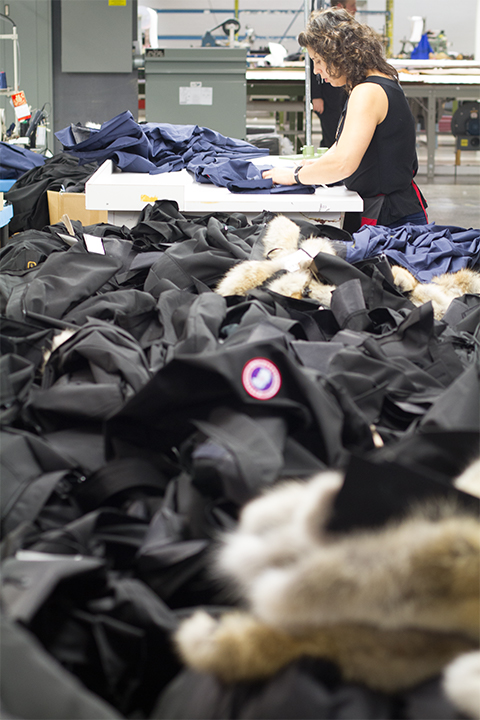 So what’s in the future? As we watch a parade of products from older to recent lines; it’s evident that Canada Goose is evolving from a highly desirable brand with roots in cold-weather survival, into a more technical, outdoor sports brand. The team works on an 18-month development cycle, and the newer lines of flexible, lightweight down jackets like the Hybridge Lite won the Backpacker magazine award. Their new waterproof-breathable shells with a unique four-way stretch, which we reviewed in the previous issue of The Outdoor Journal, won best in show at Outdoor Retailer. We’re keenly awaiting their upcoming soft shells while sending our assistant editor off to Antartica to test this stuff for real.

At 140 MPH and just feet off the ground, every flight that professional wingsuit pilot Sam Hardy takes requires a deep connection with nature and ultimate trust in his jumping partner.