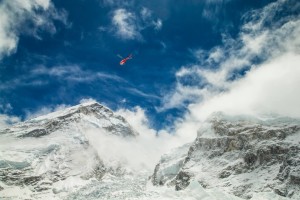 It was a year of jaw dropping lows for the environment and for the outdoors community.

We look back at the most significant events of 2015.

As another year draws to a close, there is no denying that environment-related stories dominated every mainstream media all of 2015. From earthquakes that shook the Himalayan kingdom of Nepal to witnessing history’s most significant climate deal, 2015 was packed with some highs and serious lows. Here’s a glimpse at the stories that defined 2015 for the outdoors community.

Two earthquakes of magnitude 7.9 and 7.3 shook Nepal earlier this year, leading to a massive loss of life and property. Regions around Everest, Manaslu was badly affected, Langtang valley (a remote region 60km north of Kathmandu popular amongst trekkers) was destroyed and despite the relief and rehabilitation measures, the country is still trying to get back on its feet.

Five months after the earthquake struck the country, Nepal authorities have been mulling over restriction criteria for those attempting the world’s highest mountain, to prevent inexperienced enthusiasts from climbing the 8000er.

Everest remained unclimbed this year, despite repeated attempts by Japanese climber Nobukazu Kuriki to scale the mountain in October.

Doug Tompkins, 72, co-founder of The North Face and a renowned conservationist died in a kayaking accident in Patagonia earlier this month. He had bought and conserved over two million acres of wilderness land in Chile and Argentina and with the goal of saving biodiversity, focused on wildlife recovery, ecological agriculture and activism.

BASE jumpers Dean Potter and Graham Hunt were killed while attempting a wingsuit flight in Yosemite Valley on 16th May. At 43, Dean Potter was one of the most recognized figures in the world of extreme sports. A huge influence on climbing for the past 20 years, Potter was a BASE-jumper, extreme climber, highliner and free spirit.

The year was a harsh one for BASE jumping, as it witnessed 25 deaths, including world-record holder Jhonathan Florez (Columbia) and USA’s Ian Flanders.

Japanese alpinist Kei Taniguchi died in an accident while climbing She was 43, and with her climbing partner Kazuya Hiraide had won acclaim for technically challenging climbs in Alaska, Nepal, Tibet, Pakistan and China. She was also the first woman to win the prestigious Piolet d’Or (Golden Ice Axe) mountaineering award in 2009.

On a happy note…

As much as death and destruction took over a large part of the year, 2015 also witnessed American climbers Tommy Caldwell and Ken Jorgeson topping out on the world’s first free-climb of the Dawn Wall of El Capitan in Yosemite National Park, USA in January this year. The accomplishment is rated one of the biggest in the climbing world, and was hugely covered by mainstream media.

The Paris Climate deal was one of the most important events of 2015.

Climate change is real, and has been wholly recognised as one of the biggest concerns of the planet by all of 196 countries at the recently concluded Conference of Parties in Paris. With all its flaws, the Paris Agreement is an important step forward to address the need to lower carbon emissions.

The biggest question the outdoors community asks is whether this agreement will actually save the planet, given that several species face extinction, and forest fires in Indonesia, raging since July have engulfed the entire length and breadth of the country.  The fires are a result of human activity – deforestation for palm oil, timber and other agribusiness commodities, threatening a third of the world’s wild orang-utans.

The year is also potentially the warmest year on record since 1880, with global temperatures on the rise, glaciers continuing to melt, and people skiing on grass in the Alps.

On this note, one hopes that people become more aware of their environment, and push to use green energy. There is no planet B.

Feature Image: From Everest Base Camp April 2015 after the earthquake (6summitschallenge.com/)