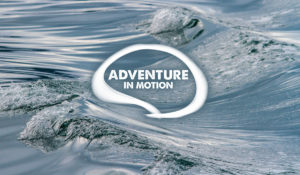 The Adventure Travel Trade Association (ATTA) has announced the fourth edition of their Adventure in Motion film contest, which celebrates the role of film in inspiring adventure travel.

The Adventure Travel Trade Association (ATTA) will soon be accepting entries for their annual film contest Adventure in Motion. Although open to individual filmmakers, the contest is especially geared towards tourism organisations and businesses that have created short films in late 2016 – 2017, to inspire audiences to experience the outdoors.

Mountain Lodges of Peru won the grand prize last year for Salkantay Inca Trail: The Ultimate Trek to Machu Picchu, produced by GLP Films; a short that traces the journey of a group of travelers as they navigate the steep paths of the Salkantay Inca Trail, and delve into an ancient culture. 2nd place went to a film made by Day’s Edge Productions for Rainforest Expeditions, Do You Remember: A Dream in the Peruvian Amazon, that invokes childhood feelings of wonder and excitement at the little things in life. 3rd place went to Galapagos of the Southern Ocean, Brain Dean’s film for Heritage Expeditions, featuring sub-Antarctic wildlife. The best entries from 2016 may be viewed here.

Adventure filmmakers and organisations will be able to submit their films via adventure.travel during a 30-day open submission period beginning this June. No film will be accepted before or after this period. Films should have a maximum run-time of five minutes (including titles and credits), more details will follow in May before the contest opens.

The top seven to eight films will be chosen by an Adventure in Motion Advisory Committee, and promoted by the ATTA and their partners, including Afar and ExOfficio. Viewers will be able to vote for their favorite films on adventure.travel after the initial submission period. The three films with the most votes will then be showcased at the Adventure Travel World Summit (ATWS) in Salta, Argentina later this year, where the winner will be chosen by a live audience.

The winner will receive a yearlong ATTA membership, a ticket to the Adventure Travel World Summit in 2018 (location TBA), and a grand prize from ExOfficio.