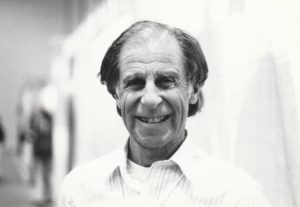 Director Dave O'Leske and his team have spent 10 years in production to share the epic life story of inspirational mountaineering icon and rebel Fred Beckey.

Only a few hours left for you to celebrate his 93 years and be a part of their $93K stretch Kickstarter goal!

Fred Beckey’s name has evoked simultaneous mystery, adulation and vitriol since the 1940s. Beckey’s stubborn, singular quest to conquer peaks meant a solitary life on the road, where he left a long trail of scorned climbing partners and lost lovers in his wake. The groundbreaking life story of this rebel athlete, who inspired generations of climbers to head for the mountains with his monumental first ascents and eloquent books, is told for the first time in this exclusive feature documentary film.

Dirtbag (n): A person who is committed to a given (usually extreme) lifestyle to the point of abandoning employment and other societal norms in order to pursue said lifestyle.

Still enthralled by the mountains and planning ambitious expeditions at age 93, the man who once bounded up granite and ice with elegance is now challenged with the simplicity of everyday life. Fred has slowed physically, but his zeal for the outdoors has not waned, and he is still steadfastly plotting new routes up undiscovered ranges for the next generation of climbers and explorers.

The social and cultural relevance stems from Fred’s pioneering spirit; his ability to never compromise his dreams for anyone. He was ahead of his time in myriad ways; as an outspoken environmentalist long before it became political movement; as the ultimate “Dirtbag” who lives by the code of the road, embracing squalor and making incredible sacrifices to achieve his goals. The mythology of Fred Beckey has become almost superhuman. How could one man pack so much adventure into a single lifetime? What drives him to reject convention and forge his own path, defying age and dismissing all obstacles? This film will encompass his legacy.

Fred Beckey has entrusted director Dave O’Leske with volumes upon volumes of his personal journals, photographs and writings dating from 1933 – 2015. O’Leske is the only person ever to gain such unfiltered access to Beckey and have his full support and cooperation to create a feature film about his life. Beckey’s trust and friendship with O’Leske was built for a year before a camera was ever turned on, with the two tying into a rope together and heading into the mountains for numerous climbing adventures.

Their greatest challenge is financial. After ten years of production, Dave and his team must raise real money to cover post-production and finishing costs before releasing the movie. Your support is crucial to this goal.

For more information on the project and the ways you can participate go to their Kickstarter campaign.