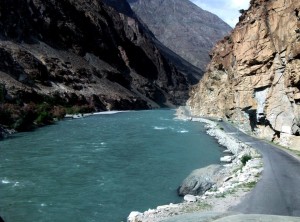 The recurring floods have made search, rescue and relief difficult in this region well known among hikers.

Heavy monsoon and floods in trekkers paradise Chitral has claimed over 100 lives across Pakistan.

Chitral is a district in the Khyber Pakhtunwa region of north-west Pakistan. Considered to be one of the highest regions in the world, it is situated on the foot of Tirich Mir (7,708 m), the highest peak of the Hindu Kush range and on the western bank of Chitral river, fed by melting glaciers and snow of the mountain range.

Glacier Lake Outburst Flood (GLOF) is a type of outburst flood occurring when a dam containing a glacial lake falls. There are a number of glacial lakes in a number of valleys in Chitral.

It is a popular region among tourists, with a number trekking trails. The roads connecting the trails are destroyed.

Siraj-Ul-Mulk, director of Hindu Kush Trails, an adventure tour company based in Chitral told The Outdoor Journal, “This is a very unusual phenomena. We have not seen monsoon and flash-floods before, not on this scale at least. All communication lines within the region have been disrupted. Roads connecting the trekking trails to Tirich Mir and Broghol have been disrupted.”

“We have not seen such a severity of destruction before,” he said

Irrigation channels, agricultural land, cattle and livestock – important for the livelihood of the people have been destroyed.

Ghulam Rasul of Pakistan Meteorological Department told Dawn, Pakistan’s national daily that the glaciers are melting due to global warming and becoming destabilised.

“The persistent rainfall triggered the glacial melt – the warmer rainwater in comparison to the ice caused the ice to melt faster,” he said.