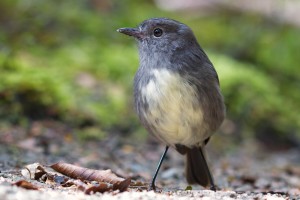 With its networks of highly varied and well-served multi-day trails, New Zealand has become a bucket-list destination for tourists who like to take slow travel to the ultimate level – on their own two feet.

But, with nine ‘Great Walks’ through hugely varying landscapes and environments – and a 10th scheduled for development – the biggest challenge for international visitors is how to choose which ones to do. The good news is that may have just got a little easier with some Google help.

Jenke completed the walks with a Google Street View Trekker, a wearable backpack outfitted with 360-degree cameras designed for locations accessible only by foot. The Trekker includes 15 lenses that take photos every 2.5 seconds, and the project has taken four years to complete.

360-degree panoramic views of New Zealand’s best known and most popular walking trails – Milford, Kepler, Abel Tasman, Waikaremoana, Heaphy, Routeburn and Rakiura / Stewart Island tracks have been launched globally on the Google Maps platform so that anyone can now take a virtual ‘tramp’ through the wilderness.

“The thing that makes these walks unique to New Zealand is the vast difference in each track,” Jenke said. “In Abel Tasman you walk along a golden sand beach with sun shining and if you’re lucky you can spot seals bathing on the rocks. Now on the other end of the scale you could be on the top of Conical Hill on the Routeburn Track with snow at your feet.”

“We completed four of the Great Walks in April, and I think this particular time of year is perfect as the heat and business of the summer peak has reduced,” Jenke said. “On the whole, the weather was clear skies and on tracks such as Kepler we didn’t meet that many people.”

The launch puts the Great Walks alongside other famous natural attractions that have also been captured by Google Trekker including the Grand Canyon, Galapagos Islands and Mt Fuji.

Along with armchair walkers, prospective hikers the world over can now get a taste of New Zealand’s most iconic landscapes before they tackle the tracks themselves. The hardest part could be choosing which ones to do.

Catering to a range of abilities, there is a Great Walk for everyone from amateur to experienced hikers.

“I would highly recommend Kepler Track as a great all-round tramp,” Jenke said. “The Kepler offers a touch of all the Great Walks – coastal lake walk similar to Abel Tasman, alpine section similar to Milford Track and Lake Waikaremoana, and a thick forest section similar to parts of the Routeburn Track.”

“Te Anau is a great township that has plenty of restaurants and bars, so to come off a three-day tramp straight to the pub is an amazing way to finish the experience.”

Jenke says the Rakiura Track on Stewart Island, off the southern tip of the South Island, is a great walk for beginners. Much of the terrain is flat and soft underfoot and can be completed in one to two days.

At the other end of the scale, Jenke says the Milford Track is the most demanding and, in particular, the hike up to Mckinnon’s Pass, but those who complete it are truly rewarded with stunning views.

With a current total of nine walks on the Great Walks network, that leaves the Tongariro Northern Circuit and Whanganui Journey yet to be Google-captured.

Jenke will have a 10th walk to complete in 2018 with the opening of the Pike29 Memorial Track on the West Coast of the South Island.

The 45-kilometre walk is to be constructed through the Paparoa National Park which will be extended by 3971 hectares.

“For New Zealand to offer these variations of wilderness and nature is pretty special,” Jenke said.