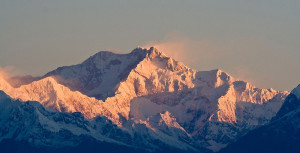 On 19 May, Chhanda Gayen, a female mountaineer from West Bengal, and the second civilian from the state to climb Everest, has gone missing.

On an expedition in the Himalaya, Chhanda was attempting Kanchenjunga West (8,505m) in Nepal, also known as Yalung Kang.

According to reports on 21 May, the team was caught in the avalanche while climbing down. In May 2013, Chhanda climbed Everest, as well as Lhotse, the fourth highest mountain in the world- all at once. Darjeeling born Kunga Bhutia was the first civilian from the state to climb Everest in 1993. “Kanchenjunga West is a very difficult peak to climb and is very avalanche prone, especially in the lower reaches”, stated Brigadier Ashok Abbey, former Principal of the Nehru Institute of Mountaineering and current President of the Himalayan Club.

The Nepal and West Bengal government, as well as the Ministry of External affairs, have combined their forces to ensure they are rescued immediately. Choppers have been deployed to scan the area.