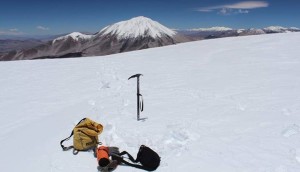 In an operation aided by local governments, top Indian mountaineer Malli Mastan Babu's body was brought down from the Tres Cruces massif of the Andes to Tucumán town in north Argentina on Monday.

More than a week after he was found dead at an altitude of 5900m in the Tres Cruces massif of the Andes in South America, the body of India’s fastest Seven Summits climber was retrieved and brought down to Tucumán town in north Argentina on Monday.

According to Satyam Bheemarasetti, Babu’s friend and official spokesperson for the matter, “A team of five mountaineers went up the mountain on foot on Friday. They managed to bring the body down to 5000m on Sunday. Bad weather and snowstorm forced them to come down to base camp without the remains on Sunday. So on Monday, they went back up again and got the body down to base camp, where they were further helped by the Argentinian police force and was taken to the hospital in the nearby town.”

Meanwhile, Dr. Dorasanamma, Babu’s elder sister and neurologist based in Tirupati in south India had flown to Argentina earlier this week.

She told The Outdoor Journal from Buenos Aires, “We are waiting for the paperwork to be completed and planning to (go to) India. I had been in Tucumán yesterday. Babu’s body is being flown in a separate chopper and will reach Buenos Aires today.”

When asked if there was an official report stating Babu’s cause of death, she said, “The cause of death was cardiovascular arrest due to severe hypothermia.”

Babu had gone on a solo attempt of Cerro Tres Cruces Sur (6749m), which is on the border of Chile and Argentina. It is part of the Tres Cruces (three crosses) massif of the Andes. The massif lies in to the Atacama region of north Chile.

Sources reveal that according to the summit number on Garmin device retrieved from Babu’s remains and pictures he took from his phone, he managed to summit the peak.

In the conversation with The Outdoor Journal Dr. Dorasanamma said, “I am very proud of my youngest brother. We are very grateful to the Indian government for (their) constant support at each point…to bring Babu back to India.”

The mountaineer will be honoured at a state funeral at his hometown Nellore, Andhra Pradesh amidst a large gathering later this week.

Image: (from Facebook) On the summit of Nevado San Francisco 6018m, taken by Malli Mastan Babu in 2014