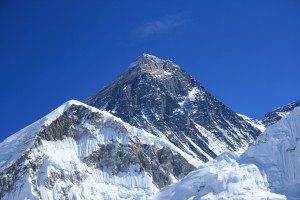 Nepal yet to decide if Everest permits to be extended

Nepal’s Ministry of Tourism has proposed extending Everest permits for climbers who were forced to abandon the peak in 2015.

The final decision will be taken Thursday, according to sources.

The Ministry of Tourism has prepared a proposal to extend Everest permits for climbers who were forced to abandon the peak last year after last year’s devastating earthquakes.

According to a report on Nepal’s local publication Kathmandu Post, the proposal has already been cleared by the Finance Ministry. However, The Outdoor Journal has determined that a final decision has not yet been taken.

Nepal’s Tourism Ministry will send the final proposal to its council of ministers who will meet on Thursday, 25th February. The plan may be to extend the permit for two years. “The proposal will be tabled at the cabinet meeting on Thursday. If the final decision is not taken in the meeting, then it will be postponed for the next meeting but the final decision should be out by next week,” an official from the Ministry of Tourism told The Outdoor Journal on a phone call on Monday.

For additional information, The Outdoor Journal also reached out to a few industry insiders.

Ang Tshering Sherpa, owner of Asian Trekking, said, “I can’t say anything until the final verdict is out. It will be great if the permits are extended as it will encourage more climbers this year and in coming years. It will benefit the already suffering Nepal tourism industry.”

On the same lines, Ashok Pokhrel, President of Nepal Association of Tour Operators (NATO) told The Outdoor Journal, “I commend the decision of the Tourism Ministry to extend the permits. Hope the cabinet’s decision goes in favor of the climbers.”

Everest was closed for last two years due to unavoidable natural disasters. About 334 climbers were issued permits in 2014 but all of them had to abandon the peak after the death of 16 Nepali guides in an avalanche. Their permits have been extended till 2019.

There were 357 permits issued for Everest, out of a total of 801 mountaineering permits in 2015. No one summited the mountain in 2015.